The quality of official World Cup Films -- Sean Connery, for better or worse, narrated the 1982 'Golé!' -- has roller-coasted since their inception in 1954. The most recent of the 1-hour World Cup documentaries, led by the 2019 account of the USA title win in France, rate among the best and are free on FIFATV YouTube. 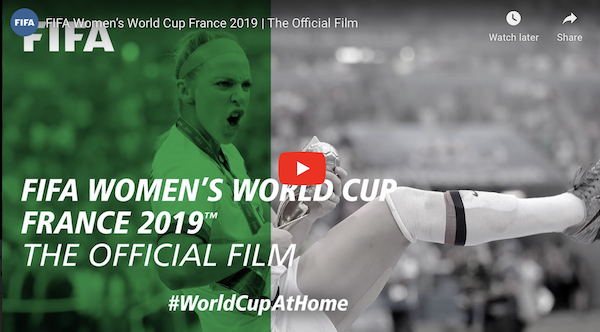 The spiel
FIFA has delivered its official World Cup films onto its FIFATV YouTube, giving viewers access to the 2019, 2018, and 2014 World Cup Films. On Amazon, you can find the collection of FIFA World Cup Films that began with the 1954 "German Giants."

Top access to coaches and players along with entertaining cinematography and storytelling make these hour long blast-from-the-past flicks thoroughly enjoyable. The reason these films work — and why people will tune in to them — is because of the magic a World Cup kindles even on the second time around.

One problem with creating a World Cup film is that producers must arrive at a narrative to anchor the action — the reason the World Cup is so popular, anyway, is because there are so many engrossing stories, players, coaches, and games to keep us happy for a whole month. These FIFA films choose a couple of those and ride with them — for good and for bad. We don’t get to relive everything, but the films trigger memories of watching the tournament you didn’t remember you had.

The 2019 Women’s World Cup, focuses on the France team heavily, as well as some underdogs, like Khadijah Shaw’s Jamaica (The Reggae Girlz). Reliving the France vs. USA quarterfinal brings shivers and makes you want to re-watch that epic fixture. Interspersed throughout the action the film returns to interviews with players recounting details of the games and their own opinions on their play, their own teams and their opponents. After you’re done with a tournament film, the rest of FIFA’s Youtube channel is chock-full of an old timer’s delight of full game classics: France vs. Brazil from World Cup ‘86, USA vs. China from ‘99, and more. 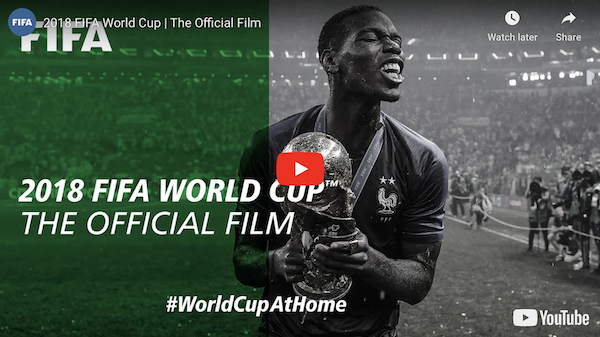 Did you know?
A World Cup film has been made for every tournament since the 1954 edition. A detailed list of the men's series can be found HERE. The 2019 World Cup was the first one made about a women’s tournament. 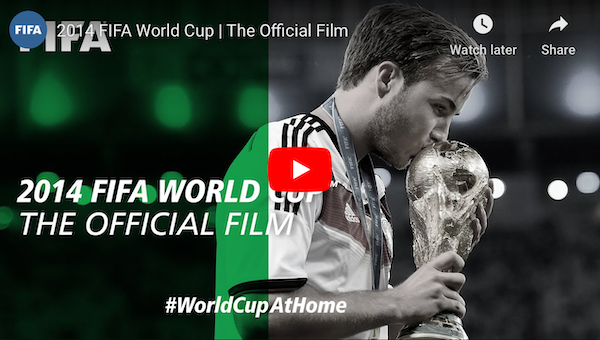