Thanks to an effort spearheaded by University of Maryland coach Sasho Cirovski, the NCAA seemed on the brink of approving major reform for men's college soccer with a Division I Council vote in late April. But a decision on the proposal to switch to a fall-spring split season has been put on hold because of the COVID-19 pandemic.

The 21st Century Model D1 Men's Soccer Coaches Committee, which had the backing of three power conferences (the Big 10, ACC and Pac-12) for the legislation, released a statement supporting the NCAA D1 Legislative Committee's recommendation to table the vote:

"We remain steadfast in our belief that the 21st Century Model is in the best interests of our student-athletes and men's college soccer. However, with so much uncertainty, we will be committed to working with campus, conference and committee leaders to adapt, plan and prepare for a timely return to action while awaiting an appropriate timetable to reconsider our proposal and vote."

The men's college proposal is one of more than 60 on docket for an April vote and the NCAA has tabled nearly all of them. While the format of college soccer may seem insignificant amid this deadly pandemic, frustrating nonetheless is the fact that the Cirovski-led quest had come so close to the finish line.

For decades, men's college coaches' attempts to improve the player development environment within NCAA regulations had never gotten as far. In addition to the power conference support in what would be a weighted vote in their favor, the proposal also got the support of Faculty Athletic Representatives.

It would only apply to D1 men, which removed an obstacle that in the past prevented other reforms. The proposal also had arguments in its favor hard to refute by those claiming to have the best interests of student-athletes in mind: Spreading games out over a longer period of time is healthier for players and less invasive on academic demands.  The split season could eliminate most midweek games. (A D1 college soccer team plays a regular season of 17-19 games in 10 weeks, in addition to a couple exhibition games in the week prior, and NCAA postseason games.)

The split season would also put playoffs and the championship in spring weather -- a solution to low-attended final fours in inclement conditions  -- and allow a week break between the semifinals and final instead of the current one-day rest. 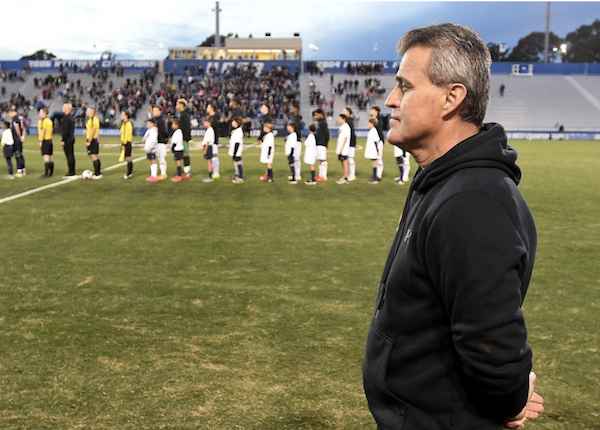 The proposal was to launch the new men's soccer format for the 2022-23 season. It's much too soon to make predictions about the future of college sports in the wake of COVID-19, which led to the canceling of the NCAA's most lucrative event -- the basketball tournament that brought in nearly $1 billion of revenue in 2019.

The men's soccer proposal would be more or less a budget neutral change and when the NCAA sorts out the new reality created by the COVID-19 interruption, it may have not diluted any of the benefits of switching to the split season. But for now, everything's on hold.

"We waited for seven years," said Cirovski. "We can wait a little longer." 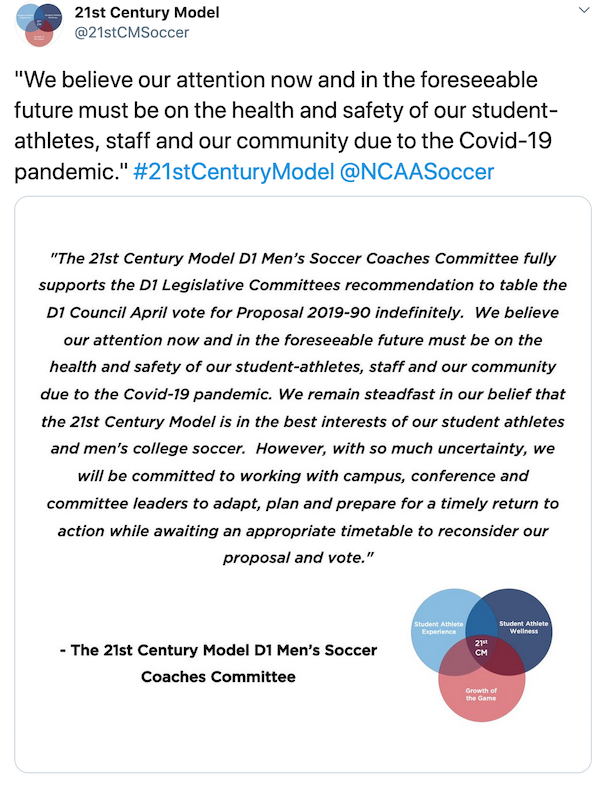