The 1990s are "widely regarded as the decade when football shirt design lost its mind," writes Richard Johnson  while describing an all-tartan shirt worn by Scottish club Morton FC from 1993 to 1995. This, it should be stressed, was the team's home uniform. On the other hand, it's by no means the strangest jersey in a book that ranges from the beautiful to the bizarre to the baffling. 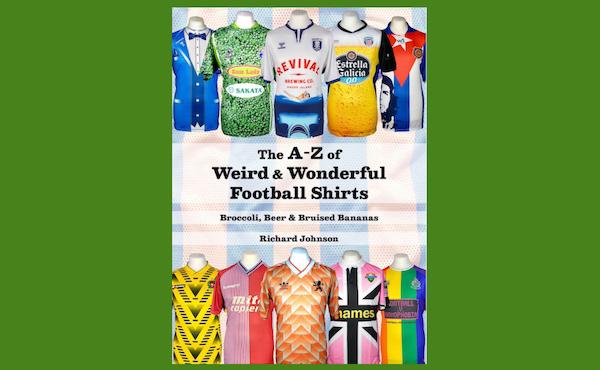 By chance, it landed in my mailbox just two days after I'd spent an entertaining hour going through my own collection of replica shirts, and rooting out the worst offenders for the recycling bin. The rejects mostly came from the same decade as Morton's tartan effort, and without exception were over-sized, ugly on the eye, frugally manufactured and scratchy to wear, while prompting unscrupulous club chairman to brag about the easy profit margins for queasy products. While ransacking my wardrobe and saying an unsentimental goodbye to numerous garments, I had to admit -- the white Scotland 1991 away shirt with the strip of red and purple flame across the chest is never going to come back in fashion.

Johnson highlights not just the horrific, though. He fosters a fond nostalgia that, for once, largely ignores the 1960s and 70s and focuses instead on the era when he first started following soccer, during the 1986 World Cup. This explains his love for the classic German, Argentine and (above all) Danish shirts of that tournament, and the influence they had on design over the following years. He also pays due tribute to the impressive recent trend for centenary and tribute shirts that harken back to long forgotten designs and colors. 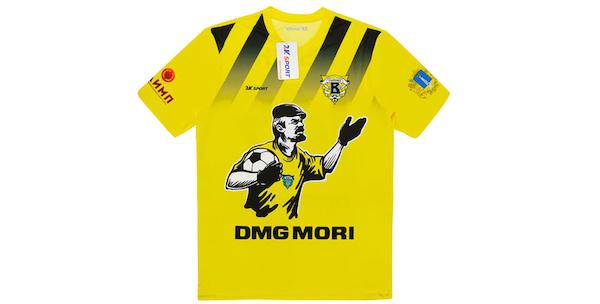 The book uses an imaginative approach to the well-worn A to Z format. Instead of filing shirts under club names, he goes for categories. SC Braga's worrying metallic, medieval third uniform from this season comes under 'A for Armour.' Volga Ulyanovsk's 2019 shirt to mark the 149th birthday of Vladimir Ilyich Lenin is filed under 'M for Motherland.' The USA's 1988 blue away jersey comes under 'I for Ipswich.' Because Ipswich Town play in blue? No, because that was the name adidas for some reason gave the design template, first used on the orange Dutch top they wore on the way to winning the 1988 European Championship.

That's another jersey that Johnson loves, and another reason why I'd recommend this book. He owns every shirt pictured, and he's very committed to the cause, without ever pretending that his hobby is more than it is -- a quirky diversion. Whether he's talking about Bedale FC of the North Riding League's dubious "sausage-based away shirt" (the team is sponsored by a sausage-making company), or Altrincham's striking 'Football V. Homophobia' activist-wear (under 'I for Inclusivity'), he keeps things short, clean and clear so that your eye spends more time on the matter at hand. He has an eye for shirts that either make you wince (Athletic Bilbao's 2004 Uefa Cup blood/ketchup effort), or want -- in my case, Coventry City's recent tribute to the city's legendary 2-Tone record label, or the pastel-bleed African 'Unity' shirt from 2010 that somehow passed under my radar. 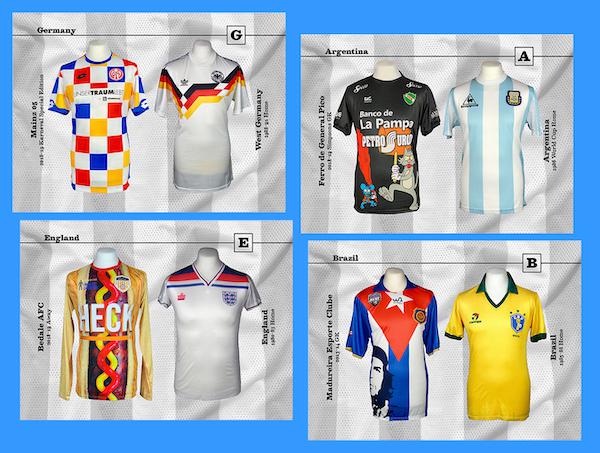 Praise is also due for not including the tasseled shirt of the NASL's Colorado Caribous, nor any of the MLS launch season monstrosities. Instead, Johnson's U.S. interest veers towards teams like Providence City FC and the Las Vegas Lights. His gaze opts for the interesting, not the obvious cheap shot. He even manages to get around the difficult issue facing all A to Z volumes: what do we do 'Q'? Why, it's obvious -- a section on 'quasi-retro' jerseys.

All this and Che Guevara, the Spanish Civil War, strawberries, blueberries, Minnie Mouse, broccoli, Oktoberfest and Carnival, goalkeeper shirts aimed at distracting strikers, plus zebras, butter beans, backbones and The Libertines. This book is a love-letter to color, design and diversity in soccer and its unique branch of fashion, and -- perhaps most important of all right now -- a magnificent way to spend a couple of hours not watching the news.

(Ian Plenderleith's latest book, The Quiet Fan (Unbound, 2018), attempted to use comedy, anecdote and self-reflection to explore the role that soccer plays in most people's lives, and the way that we watch and relate to the game. You can buy it HERE.)