Peter Wilt: Fans must be included in the process of steering soccer through a huge unknown

Throughout his career, soccer exec Peter Wilt  has been well known for communicating and connecting with fans. The pandemic has interrupted his latest quest. Wilt was furloughed by the USL as it suspended play for its three leagues. For the last six months, Wilt had been working for the USL’s new market development task force on fan engagement, going on road trips to cultivate new soccer markets and existing ones up and down the American soccer pyramid. 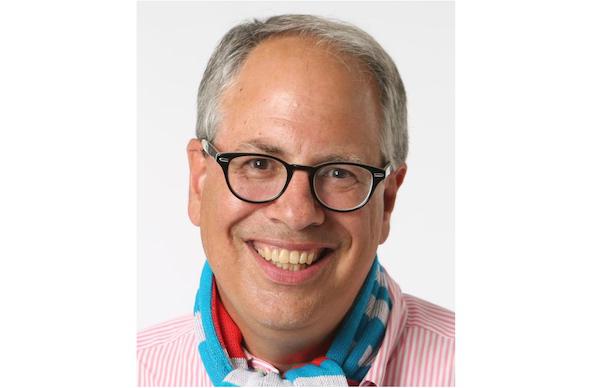 SOCCER AMERICA: How has the coronavirus derailed the plans you had this spring?

PETER WILT: Well, I was on a road trip from March 5 to March 13. It got pretty bad, especially towards the end, when [the threat of COVID-19] became apparent. I was probably out longer than I should've been. My job was furloughed on March 11 when I was in Colorado on assignment with the Colorado Springs Switchbacks. [USL] isn’t going to be paying me until its season starts back up again.

SA: Do you know how many other USL staff were furloughed?

PETER WILT: I don't know the answer to that question. I know my direct liaison in the league office has been furloughed, but beyond that, I don't know. I'm technically an independent contractor with the league office, which I guess kind of put me on the chopping block. Disappointing, but in some respects, it's understandable.

SA: How do you see the American soccer landscape moving forward?

PETER WILT: When different issues eventually come up, like, when should games start again? When should training begin again? What should ticket prices be? When should the Open Cup start? Teams should create dialogue with the fans to get their input into it. Then you can get a sense of the reactions to some of these really critical decisions that will be occurring over the next several months.

If you include the fans in the process and take their opinion into consideration, they'll be part of you. That tribalism will be there and it will benefit the team and the league in the long run.

SA: What can teams do to improve fan relations right now?

PETER WILT: One is to use social media to stay engaged. Not just engage the front office, but engage with the players and coaches. Some teams are showing old games and having former players comment on them. There are a variety of things you can do with social media.

SA: Are you seeing enough fan engagement from pro teams?

PETER WILT: The teams I happen to follow, specifically Forward Madison and Indy Eleven, do a very good job of it. New Mexico United is another team I've noticed that's doing a good job. The Chicago Fire is another team I follow closely and they've done some very good things.

SA: Best practices for franchise leadership in the midst of this crisis?

For teams, it's an opportunity for them to bond emotionally with their fans and say, 'We're a little scared, this is new to us, just like it's new to you. We're working to get through this with you, and let's start a dialogue.' 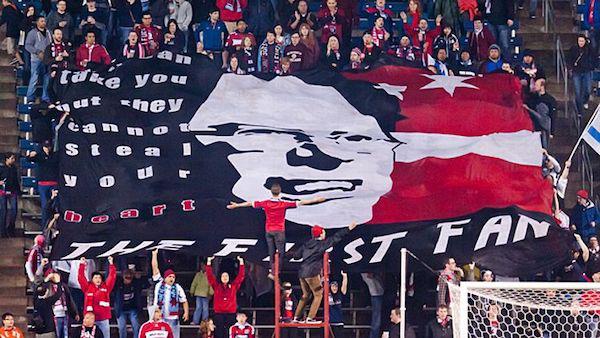 SA: How’d you first get into the soccer?

PETER WILT: It was June 28, 1981. Major League Baseball was on strike, and I already had a habit of going to Chicago for baseball games from Milwaukee on the weekend whenever I could get away. But I noticed the Chicago Sting had a game against the Cosmos at Wrigley field.

It was a sold-out crowd at Wrigley, Giorgio Chinaglia’s Cosmos team. It was an environment I had never experienced at a sporting event. A multicultural aspect was especially different, different languages being spoken by fans.

On the field, well, the first game I attended may be the most exciting I've ever attended. It was a 6-5 final. The Sting beat the Cosmos in a shootout after 5-5 in regulation.

SA: You have a tendency to move on from your projects after a few years. Do you get bored or are you always looking for something new to work on?

PETER WILT: It's a combination, I think. I don't want to say bored, but it does become a big routine after a few years. The first year, you're laying the groundwork, it's very exciting, every day is different, you have all these pieces that you're trying to fit together like a jigsaw puzzle. The second year, when the team is actually playing games, it’s also exciting, and there's still a lot of new things going on. By the third year, you start improving things, maybe fix your mistakes maybe from the first two years.

And then by the fourth year, generally I'm looking for something else to do.

SA: You were working on the Forward Madison project before your gig with the USL. Could you give us an update on that?

PETER WILT: I did the launch year, the groundwork, and the first season. They ended up having a couple of operational owners, who are very experienced in operating teams — they have four minor league teams before they brought me in to be their soccer expert. I did what they hired me to do and then passed it on to them after last season.

I was looking for my next project when Justin Papadakis, the COO of the USL, reached out to me.

SA: And what did Papadakis tell you about the new USL task force?

PETER WILT: He was creating this new market development team that has different specialists who will go into markets. Sometimes there are no owners even kicking the tires or owners are in the initial phase of it and trying to gauge the community, the resources, and the interest they need not only to get started, but to get started well.

This is a luxury USL hasn't had in the past. Many leagues haven't had that in the past, where a league will put resources towards cultivating a market beforehand to make sure it's a successful launch.

SA: And your part?

PETER WILT: The league wanted me to talk to their staff and supporters about how to improve supporter group growth. There are two general responsibilities: one was to cultivate new markets, the other was to assist new teams. For the new markets, for instance, my first road trip was by car. I did Des Moines, Sioux Falls, and Omaha in early November of 2019.

SA: When you meet with these owners and supporter groups, what are your general goals?

My job is not to create a supporter's group. That has to happen organically from the supporters themselves. But my job is to facilitate the growth. Not only to assist the supporters who want to do this but identify and educate ownership groups and staff on the best way to work with supporter groups.

SA: What are some templates for developing supporter groups that you’ve come across through the years?

PETER WILT: I think Indy Eleven, Forward Madison, and the Fire were built the right way.

PETER WILT: Well, organically. Indy might be the best example in that. The Brickyard Battalion existed about four years before the first Indy Eleven game. It was a small, but an active and dedicated group. There were maybe eight active members when I came down to kick the tires for the market for a new ownership group [in 2012].

They gave me background on efforts they made, much of it on Facebook and social media. They had a podcast and their own website. They created a virtual team: racing Indy FC. They had their own colors, green black and white. They made scarves and jerseys and whole merchandise.

I went to several of their leaders and engaged them in conversation then brought them in under the same tent. And that's the key from a team standpoint for having successful supporter groups: including supporter group leadership in the process, especially during the launch. 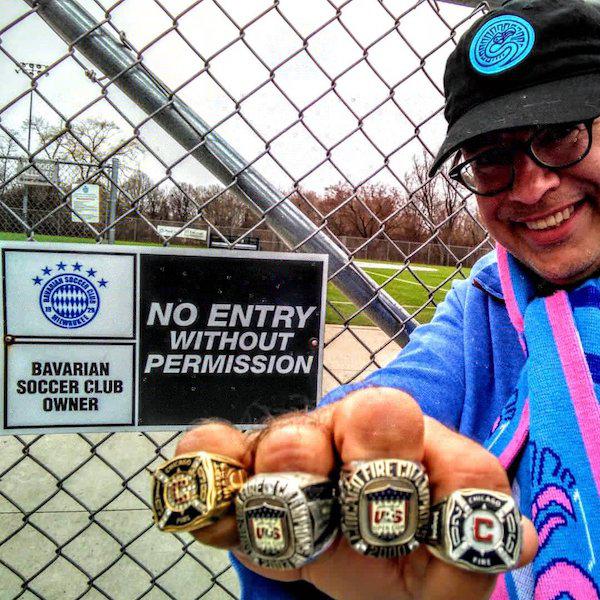 SA: And what about the supporters' group at Forward Madison?

PETER WILT: Forward Madison is a great example of being inclusive with the supporter group leadership not just at the beginning, but throughout. It's like an extension of the front office in many ways. They need to maintain their independence, which is really important — they can't become a true arm that can be manipulated by the front office. They need to be independent.

Especially in Forward Madison's case, the non-profit projects the team and the supporter group's work together ends up making Madison a better community, a better place to live, work and play.

SA: Some general trends in supporter and franchise relations?

PETER WILT: In both the leadership of the flock [the independent supporters' group] and of Forward Madison, they're like-minded in the importance of using soccer to help the community overall.

SA: Sometimes supporter groups and their teams come in conflict. I’m thinking Barra Brava’s dispute with D.C. United in 2018, for example. What’s your advice for ameliorating those situations from a franchise perspective and from a fan perspective?

PETER WILT: Well, that's kind of the other half of my job — assisting existing teams with their supporter group relations. Oftentimes, it comes down to poor communication.

It's on both sides, because effective communication is the responsibility of the team and the supporter group. And when that communication breaks down, the relationships break down.

Often these things start small, where maybe a supporter group is asking for something and the team doesn't hear it because they don't want to hear it or they're not listening well enough and they don't deliver. And then, the supporters' group becomes more skeptical about the front office, and they start to differentiate the team on the field from the front office. And it can begin to fester.

PETER WILT: The solution is to sit down in person, have an honest conversation about it, and for the team especially, not to be oversensitive. To recognize that supporter leaders are volunteers, that they want what's best for you and the organization. I think the best way to improve that communication is to trust the leadership, to be transparent, to let them know the challenges you're facing as a team, the plans you have as a team to always be better.

And most importantly, bring them in under that tent so that they become part of the process. If you do that, then they'll become not only natural advocates for the team, but evangelists for the team. And that's the end of the spectrum of a fan, when they are representing the team and the team is representing the community.

business, mls, nasl, usl
2 comments about "Peter Wilt: Fans must be included in the process of steering soccer through a huge unknown".
Read more comments >
Next story loading