Last summer, New Yorker Rocco B. Commisso acquired ownership of Italian Serie A club ACF Fiorentina and named Joe Barone, who had also immigrated to New York as a child, club CEO. Barone, who was senior vice president of Commisso-owned New York Cosmos, had served as chairman of the NPSL from 2013 to 2018. Commisso and Barone's first initiatives to upgrade the club were underway when coronavirus hit and Serie A became the first European league to suspend play. 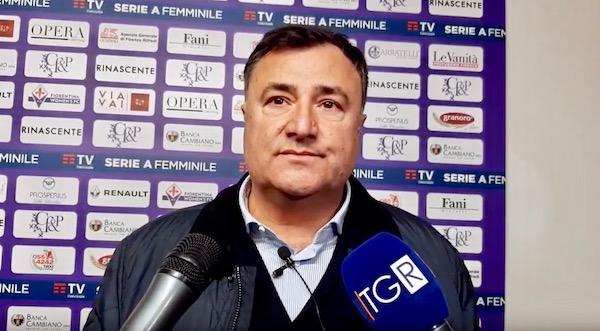 Italy was also the first European nation to implement localized travel restrictions (Feb. 23) and a nationwide lockdown (March 8) to fight the spread of COVID-19, which has killed more than 18,000 Italy residents as of April 9.


SOCCER AMERICA: How are you and your family doing?

JOE BARONE: We're fine, thank God. I'm in constant contact with my family. I'm busy working from home for the present and future of Fiorentina. I spend the day talking to Rocco, the Fiorentina staff, people from the Lega and the Italian federation and other club owners. It's good to see how we've all come together and I'd like to take this opportunity to thank the Fiorentina staff, who have shown so much enthusiasm and dedication. It's thanks to them that we're able to keep moving forward with our various activities.

SA: How strict has the lockdown been? What are the circumstances in which you're allowed to leave your home?

JOE BARONE: It's quite strict and we try to stick to it rigorously. We only go out to go shopping and just a few other urgent medical needs.

JOE BARONE: Giuseppe joined Serie B side Perugia during the January transfer market but on Feb. 19, 2020 he sadly he had a pretty serious knee injury during training. He is spending a lot of time on doing therapy here in Florence. He should be ready to train in July. This situation has given us the chance to spend lots of time together at the house, we watch games in the evening.

SA: You arrived at ACF Fiorentina in June 2019. What goals did you and Rocco Commisso have for Fiorentina? How did you feel about the progress so far?

JOE BARONE: We want to develop the club and we'll do that by adding extra layers of players every year, starting with the talented young players we have in our senior team through to our academy players. We want to keep growing all the time. That's why our first major investment was the training ground – over €70 million ($76 million) to build the biggest training center in Italy for our men's and women's first teams as well as our youth sides. That way they can all work together and grow together. We believe the training ground is key to Fiorentina's growth but we've done lots of other things in these first 10 months. We rebuilt the team last summer and invested further in January. Since July, we've been working on our stadium project because we all know how important that is for an ambitious club that wants to be competing with the best in Italy and Europe. Lots of things need to change in Italy to enable investors like Rocco to build something big and take Fiorentina up to the level Florence deserves to be.

SA: I realize there's so much uncertainty at this point. But how much of a setback do you think the pandemic will be for Fiorentina and Serie A?

JOE BARONE: Without doubt, the coronavirus pandemic has created and will continue to create lots of problems, not just for Serie A but for soccer all over the world. Thanks to Rocco and Mediacom, it's a situation we're able to face with fewer worries than some other clubs can at the moment. In any case, once the health emergency is over, the whole world will have to start again from a different situation as far as jobs, salaries, guarantees and safety are concerned. Soccer and its entire ecosystem will be no exception to that.

SA: Is ACF Fiorentina doing anything to stay connected with its fans?

JOE BARONE: One of the things I've said since we first arrived in Florence is that football is nothing without the fans. The Viola family is unique – there's so much love and we're all a part of that. Fiorentina is trying to be as close to our fans as possible via social media and around the city. Rocco Commisso has set up a wonderful initiative called Forza e Cuore [Strength and Heart] to raise funds for Florence-based hospitals, which is another way of showing how strong the bond between our club and the city is. 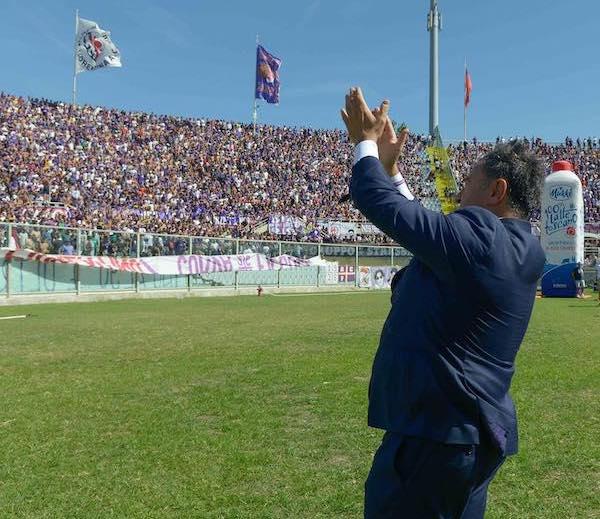 The Italian Serie A was the first European league suspend play because of COVID-19.

SA: What are your days like during the lockdown? Is there a lot planning going for a re-start and how to rebound?

JOE BARONE: As I said, I'm working from home because I can't go out. One of the things we're working on is the creation of a stadium task force with the Italian federation and Serie A. We set up a working group with Serie A for infrastructure. We've seen all over the world that if you have your own stadium and take the right steps, you can significantly improve your revenue and create a better fan experience. We would like to see more flexibility and faster procedures – while respecting the rules – for stadium construction in Italy because we're way behind here.

In the States, but also in France, Germany and England, they're much further ahead. I think it's possible to make a new law to make it easier for people like us who want to build avant-garde sports facilities that can only improve Italy. Club-owned stadiums are vital for growth and not just in soccer. Modern stadiums that are open seven days a week all year round offer huge benefits for employment and the economic growth of the surrounding areas. They're a long-lasting resource for all the citizens.

SA: What are players doing during the lockdown?

JOE BARONE: Our players are working closely with the coaching staff. They're working as much as they possibly can so that they're ready for when training starts again.

SA: How valuable is your experience in American soccer for your task with Fiorentina? Anything that could be considered an American approach that you've introduced?

JOE BARONE: They're two very different experiences but I think striking a balance between the two cultures could bring benefits to both. One of the first things we did was ask for an office in New York to promote Italian soccer in America. We'll see if that's something we're able to do. There needs to be much more streamlined bureaucracy and more thorough cost-benefit analyses when a club is looking to invest big to build a new stadium. (Soccer in America needs to be much more meritocratic but that's a long story.) I totally changed the digital strategy and marketing strategy to grow the brand. We are creating more player content.

SA: How do you feel about U.S. Soccer's recent change of leadership with Carlos Cordeiro's resignation, the elevation of Cindy Parlow Cone as president, and the hiring of CEO/Secretary General Will Wilson?

JOE BARONE: It is no secret that I believe Federation has long been failing in its mission to develop of soccer at all recreational and competitive levels. With the recent departures of Carlos Cordeiro, Dan Flynn and Jay Berhalter, the USSF had a huge opportunity to start over with new leaders who brought in fresh perspectives. While it is too early in the tenures of Cindy Parlow Cone and Will Wilson to dismiss them completely, they both worked for other current USSF board members and their backgrounds suggest they will protect the status quo rather than seek the reforms U.S. Soccer desperately needs.

italy, npsl
4 comments about "New Yorker Joe Barone on life in Italy and running a Serie A club amid COVID-19".
Read more comments >
Next story loading