The high school view: Some COVID-19 consequences are clear, many others are not

In the best of times a high school soccer coach is a trainer, tactician, teacher, psychologist, nutritionist, guidance counselor, mentor, parent, friend and guide. These are not the best of times.

COVID-19 has swept through the world. No part is untouched – not even a place as seemingly safe as the soccer field. Coaches and players’ lives are upended. From suspended seasons to sudden job losses, the ramifications have been swift and sharp. And they may be felt for years to come.

The first high schools to feel the effects were the relatively few that were ending their winter state tournaments. An unseen enemy – one that often seemed far away – had more power than any on-field foe. Instantly coaches and athletes who had set goals for years, then worked tirelessly to achieve them, lost that chance.

The next casualties were high schools that play in the spring. Days before tryouts – as the weather suddenly turned gorgeous – the air held terror. During preseason, every team thinks it can win it all. Opportunities are boundless. Unthinkably now though, every chance at a championship disappeared. So too did the countless intangibles that make up a high school season: camaraderie, chemistry, playing with friends in front of a community, memories that would last a lifetime.

Most high schools play soccer in the fall. Yet even in early spring, coaches understand that when they greet their teams months from now, their roles will dramatically change. (Some already wonder whether “if” is a more realistic worry than “when.”)

A few of the coronavirus consequences are clear. High schools were not the only programs that shut down. With club seasons on hold, players lost key chances to train and improve. Like students in a classroom, there will be technical and fitness catching up to do.

But that’s the least of a coach’s worries. Though the fall season begins in August, many connect with their players all year long. They see them in the halls; they check in often. For months, they set team and individual goals. Without that face-to-face contact, will the bonds that bind coaches with their teams, and players to each other, loosen?

Without the routines, rhythms and rigors of a spring season – club soccer, or another sport – will some teenagers find they really don’t miss the competition? Perhaps they’ll have discovered another interest in their time away. Perhaps they’ll see their place in the world in a new light. 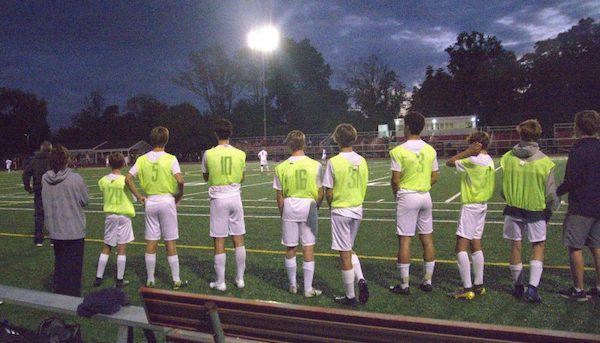 Perhaps too though, high school soccer will benefit from that lack of a spring club season. Players who spent years pursuing high-level opportunities on Development Academy or ECNL squads, chasing an elusive D-I college slot may not miss the constant travel and stress. They may find joy in the simpler, closer to home, yet highly competitive high school environment. It’s not only players whose relationship with the game may change. The enforced time away from coaching will affect coaches too.

There’s a real danger that some cannot continue. No one becomes a high school coach for the money. It’s a passion, a calling. Yet as unemployment rises to staggering numbers, it’s inevitable that some coaches who lost “real” jobs will be unable to spend the time they previously devoted to soccer. The lucky ones will have new work, with new demands and incompatible hours for coaching. Others must devote all their time to finding their next job. Even high school coaches with other soccer gigs – club teams, clinics, camps – will have suffered losses. They may not have the luxury of going back to high school teams, with their pennies-per-hour stipends.

That’s not all that will change. The lifting of physical distancing rules will be incremental, not sweeping. What will that mean for tryouts: Can you have 75 or 100 players at once on a field? Will administrators impose roster limits? Locker room restrictions? What about physical contact during training and matches – even celebrations after goals and post-game handshakes? How about bus rides and team meals? Will spectators be allowed in the stands? Will parents have to sign consent-to-play forms, acknowledging that players are in close contact with others?

One thing is certain: Every player will now be required to bring their own water bottle. Other considerations include budget cuts by school districts in the economic downturn, with the possible elimination of some sports; lowered fundraising, as communities deal with the financial fallout, and heightened parental concerns about everything their kids do. It’s a whole new soccer world out there. But it’s not all negative. Next week, we’ll examine the ways in which high school coaches can grow, personally and professionally, during the current shutdown.

high school boys, youth
3 comments about "The high school view: Some COVID-19 consequences are clear, many others are not".
Read more comments >
Next story loading