Christian Lavers on the prospects of ECNL-MLS synergy and working with new U.S. Soccer leadership

That the ECNL would solidify its claim as the top girls league in the nation in the wake the Development Academy's demise comes as no surprise. After all, the Girls ECNL launched in 2009 and U.S. Soccer didn't start its Girls DA until 2017. The Boys ECNL is only its third season but before U.S. Soccer made official the DA collapse, Boys DA clubs in California, Georgia, North Carolina, Virginia and Washington started committing teams to the ECNL. Within hours of those moves, MLS announced its intentions of creating a development league that would include amateur clubs. Some of the clubs that committed to the Boys ECNL would be obvious candidates for the MLS's leagues. Christian Lavers has been ECNL president since its inception. 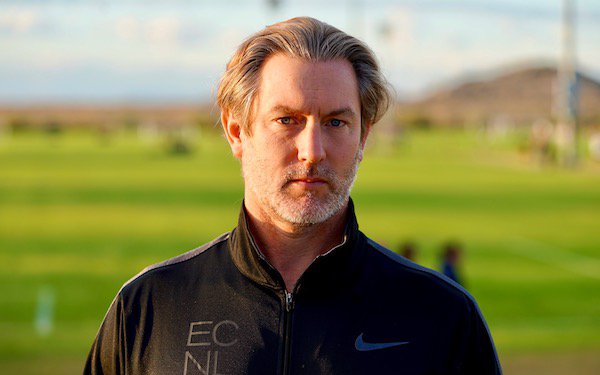 SOCCER AMERICA: Can clubs that committed to the Boys ECNL also field teams in the league that MLS is planning?

CHRISTIAN LAVERS: We really don't have any information on what this new MLS league is going to look like, so it is hard to answer much about it. Quite honestly, we were told that many of the MLS clubs themselves were surprised to see this release yesterday and they didn't know much either.

My previous understanding was that MLS was going to operate a U-15 and U-17 league of MLS clubs only, and that each club would fill in gaps in their calendar as they saw fit, based on their unique market. I think that actually makes a lot of sense, and in that environment I could see a lot of positive synergy between ECNL and MLS, and in the youth community generally and MLS.

SA: Do you envision a future in which there is no longer an acrimonious relationship between the ECNL and U.S. Soccer? If so, what makes you hopeful?

CHRISTIAN LAVERS: Absolutely. I have tremendous respect for Cindy Parlow as a person and leader, and I think she will do a great job in her role. It is a really difficult moment to become a new President, and we will support her through all this change and challenge in any way we can. I have known Kate Markgraf for years and respect her greatly, and I think Carlos Bocanegra has shown great leadership in his role on the Technical Committee. I think there are a lot of ways that U.S. Soccer and ECNL could work together to make the game better, and I know that leadership at US Club and US Youth would want to do the same. I am very optimistic.

SA: In the wake of massive frustration from club directors because of the lack of communication from U.S. Soccer, one DOC told me that it prompted "countless" hours of talks between directors of DA, non-DA, and MLS clubs. He came out of it saying that "the country is very united right now." And he said, "I hope MLS talks to ECNL." Are you talking to MLS and are you confident of a future of collaboration between youth soccer governing bodies?

CHRISTIAN LAVERS: We have had some dialogue with some individual MLS clubs in the last few days, and it has been generally positive. I would love to see that continue and grow into something bigger -- because there is a huge need for a positive relationship between youth and professional soccer.

The wider the pathway is into professional soccer, the more fans will grow, and the better the level of play in the country will be at the top. I think finding the right connection and relationship between youth and professional soccer is one of the most important things to get right in moving this country further forward at many levels.

Youth and professional soccer are very different, each with incredible complexity and challenge. Creating a path and model that respects the unique values and attributes of both, that creates real pathways from youth to pro for the very best players, and that recognizes the unique strengths of the American culture -- in sport and in general -- is really important.

CHRISTIAN LAVERS: The ECNL has always been about enabling clubs to define what is best for the development of their players. We are prepared to work collaboratively with as many clubs and organizations that we can who embrace the vision, values and mission of the league. Aligning everyone in the country will not happen overnight, or even in one playing season, but we are committed to moving in that direction as best we can in the uncertain times we are all dealing with.