Bernie James on the DA's collapse: 'To just abandon everyone creates panic and problems for everyone involved'

Crossfire Premier, based in Redmond, Washington, 15 miles east of Seattle, joined U.S. Soccer’s Boys Development Academy upon its inception in 2007. It began fielding teams in the Girls ECNL upon its launch in 2009, and in the Girls DA when it started in 2017. Bernie James  has been Crossfire Premier’s Director of Coaching since 2003. 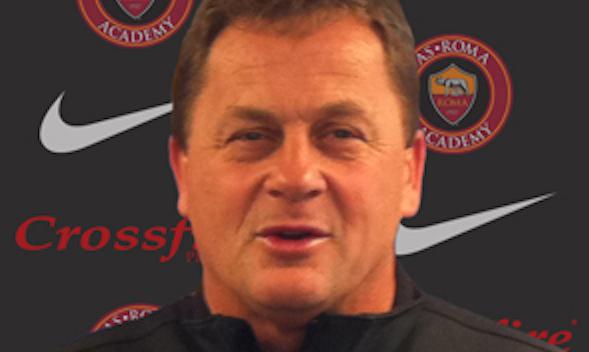 SOCCER AMERICA: U.S. Soccer has pulled the plug on the Development Academy. Crossfire Premier had already left the Girls DA before this season …

BERNIE JAMES: The moment it changed for us was when some of our best girls quit the DA in their junior and senior years to play high school and ECNL at our club rather than play DA for free. That really opened our eyes.

I called Jared [Micklos, then the DA director] a number of times telling him that this was going to be a real problem. And their answer was always the same. "You need to change the culture."

We're doing our best, but when some of your best girls quit free soccer -- we were paying approximately $7,000 per kid a year for DA travel -- then I think that program is not the right program for us. That model wasn't working for our girls, at least at our club.

SA: On the boys side?

BERNIE JAMES: Like I've said many times, the Boys DA at the older ages had been a phenomenal league. It was the best boys league competition without question, until they started fiddling with it. Until people who have no idea about American soccer – about travel distances and so forth -- started screwing with it. It was an expensive league, especially for us, but a really good league. Believe it or not, I loved the DA in the older age groups. That will never change. I just hated the way they started running it.

SA: Like when last year shortly before the season they tiered the oldest age group?

BERNIE JAMES: In August, when we had no other options of course, they told us our closest games are going to be 900 miles away when we have three DA partners [Seattle Sounders, Portland Timbers, Vancouver Whitecaps] within 150 miles that are awesome teams -- that we're competitive with because we won the division the last couple of years.

SA: Crossfire Premier, which had been also fielding teams in the Boys ECNL, will now also field its top teams, its former DA teams, in the Boys ECNL. But shortly after U.S. Soccer’s announcement, MLS announced it would start a development league and include non-MLS clubs. Will that affect Crossfire?

BERNIE JAMES: Everything MLS does affects us one way or another. But honestly, I can't trust them or U.S. Soccer -- and they seem to be the same thing -- after what they did to us last year, and then how they left us and all the other clubs hanging with no plan.

We've been in it 13 years, put in millions of dollars, and we heard nothing until they sent out the email to everyone. We were sending out weekly updates to our players and families trying to ensure we're on top of this thing and trying to get things going. And we got nothing from U.S. Soccer.

To just abandon everyone creates panic and problems for everyone involved. I'm sure it's a problem for MLS clubs, and they just answer quickly with some makeshift plan I don't what it is.

SA: Are you open to playing MLS youth clubs? 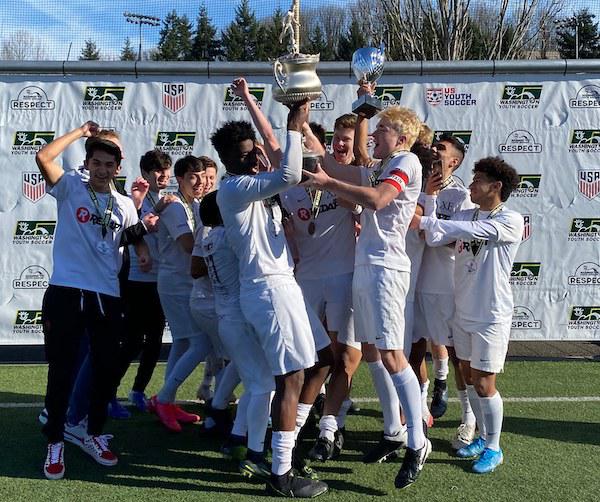 SA: Even before the pandemic problems, clubs complained that the DA had too many restrictions on issues like outside play. So perhaps not having U.S. Soccer be in charge of the top youth leagues is a positive, because club coaches are in a better position to guide the players they work worth daily, instead of being dictated to by Chicago …

BERNIE JAMES: Or Holland. ... Let's be serious. If you do a good job, the players come to you. If you do a poor job, they leave. It's the same in the food business. If you keep making terrible hamburgers, people don't come to you. I think that takes care of itself. …

American soccer isn’t going to improve by having young players wear heart monitors at practice, or with filming and video review. We’re overkill in America with those kinds of things. You get better by playing six hours a day in the street, and when you're older applying those skills you acquired in a more organized environment.

BERNIE JAMES: Regardless of if it was that or U.S. Soccer realized that the federation shouldn’t be running a youth league and are using this pandemic as an excuse [to get out], the least they should do is have an exit strategy and a plan for the clubs, work with ECNL and other organizations to absorb it and have it well thought out.

SA: How is Crossfire handling the pandemic interruption?

BERNIE JAMES: We're just like every American group. We just have to wait, be patient, do the right thing. But we've had nothing but positive feedback from our parents and players. We send the players all kinds of video and online stuff to do and try to keep them busy since they're not in school either. And we've had a great response to that, like most other clubs probably have. But there's only so much we can do right now and we're looking forward to getting back on the field ...

Hopefully in a month or two, we can have small group training in the summertime and it will be great to get back out there. It will be different, for sure. But we're going to make the most of it.

Our families are absolutely wonderful. We haven't had one complaint about anything we've done or anything we've tried to do. Crossfire has been a great family.

And we've been able to pay our coaches. We haven't had to let anyone go for financial reasons. They're contracts run out in May. New contracts start in June. We're committed to paying them through September even if we never practice. When things start getting desperate and we have absolutely no money left, we have to start looking at the drastic measures.

Maybe there will be games in September with very few spectators. That's what we're hoping for. Probably no tournaments in the summer. I hope we have a tournament or two, but we're planning on having none. It's something we have to go through.

Bernie James joined the NASL's Seattle Sounders straight out of Bellevue (Wash.) High School in 1977. He moved to the Edmonton Drillers and made 74 NASL appearances in 1980-82. His 24 years of pro ball included 10 seasons in the Major Indoor Soccer League. A defender, he finished his career in 2000 after seven seasons with the A-league Seattle Sounders. James played for the USA's 1979 Pan-American Games team and earned two caps in 1988. He started coaching youth soccer in 2001 and became Crossfire Premier's director in 2003.

SA: However the recovery from the pandemic unfolds, I would think clubs will be limited on travel. How much of a challenge will that be for Crossfire, to play highly competitive games locally?

We'll just have to put up with it. Deal with it. Local competition is great. It’s what we were doing 13 years ago. We're fine with going back to that. I'm sure when travel opens up, we’re going to be ready to go.

SA: How important is the travel, to showcases, for example?

BERNIE JAMES: The players who are very disappointed right now are the juniors and seniors who were looking forward to a great year to wrap up a college deal.

Lots of seniors have already committed to colleges. If you’re good enough, they’ll find you. But for the middle of the road ones who aren’t going to a UCLA or North Carolina, showcases are very valuable. That’s why they have them, whether it’s the Disney Showcase, ECNL, or DA.

A showcase in the east is where players get exposure to East Coast colleges. You don’t need to take seven flights a year, but for juniors and seniors, and sophomores on the girls side, a couple flights to showcases can be really important.

We might see players going to community colleges or taking a gap year.

SA: Generally speaking, besides the disappointment of the juniors and seniors you refer to, what do think the attitude of the players will be?

BERNIE JAMES: Most get involved to play sports, they love soccer. To me, the bottom line is keep them busy, keep them out of trouble, keep them healthy, and then they kind of get out of it what they put into it. The ones who get serious about soccer and excel, if it’s a college soccer scholarship, or getting into a college you normally wouldn't get into, or playing professionally, that's just icing on cake. …

Not having national championships right now I don't think is nearly as big a deal as all the other problems we're facing.

I think they'll just adapt as they always do. And we'll adapt and have soccer in some form. As long as those kids have those beautiful fields down there, they’re going to play no matter what leagues they are in or who's running them.

mls, u.s. soccer, youth
22 comments about "Bernie James on the DA's collapse: 'To just abandon everyone creates panic and problems for everyone involved'".
Read more comments >
Next story loading