Pivoting during the pandemic: Portland Community FC strives to support its players and families

Since its founding seven years ago, Portland Community FC  has stood apart from many soccer organizations. 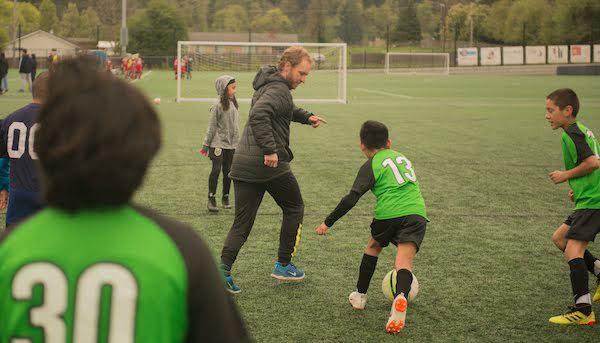 With a goal of providing high-quality, affordable club soccer to low-income, immigrant and refugee youth ages 3 to 18, PCFC has gone out of its way to walk the talk. Thanks to sponsorships and other fundraisers, players pay just $50 to $80 per season. (Even so, 15 percent of the families receive full scholarships.) All uniforms are free. Soccer shoes and shin guards are provided upon request.

But there are other barriers besides money, and the club recognizes them. All forms are translated into Spanish; so is the website. Many coaches are bilingual. Nearly all coaches are volunteers. (There are only two paid employees: founder and director of coaching Kaig Lightner, and program director Carolina Hernandez Morales.)

PCFC finds transportation solutions, such as carpools and staff pick-ups, for players. The club realizes that even with this help, players may miss practices or games due to transportation or socioeconomic issues. No one is “punished” if they do.

To ease technology barriers that may hamper participation, club families are not required to have an email address. Coaches find other ways to communicate, including regular phone check-ins. 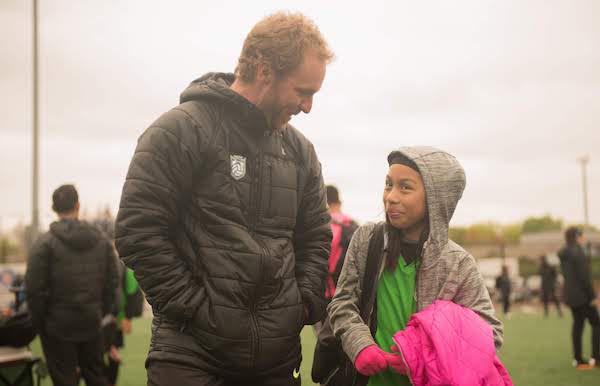 This past year was one of great growth, and high expectations. With two teams playing at the state association level, and others in non-sanctioned but high-level Latino grassroots leagues, players were developing well. Recently PCFC helped found the Oregon Premier League, under the U.S. Club Soccer umbrella.

Last month, though, the coronavirus rolled in. On March 13, club officials suspended all on-field activities.

For a couple of weeks, Lightner admits, “we didn’t know what to do about engagement.” While many competitive clubs were sending virtual training regimens and how-to videos to their athletes, and using social media to stay connected, some PCFC players and many parents were not on social media. Online access was an issue, too.

Lightner was not worried about the soccer aspect. “Our kids are obsessed with the game,” he says. To keep her son engaged, one mother built a goal in her backyard.

But he was concerned about players’ families. With 75 percent of his households below or hovering around the poverty line, he knew the virus’ impact went way beyond suspended practices and matches. 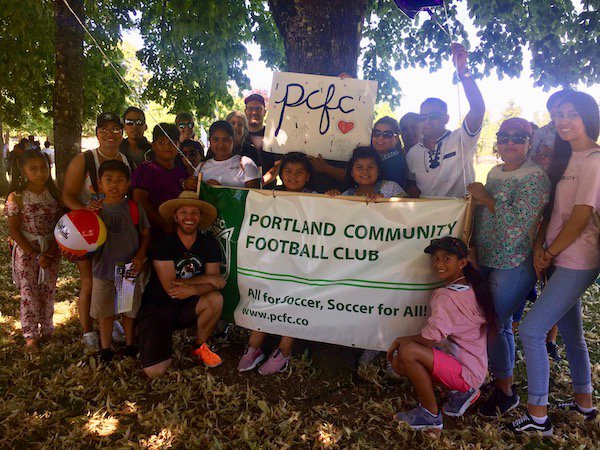 Quickly, PCFC pivoted its focus and energy to providing resources and funding to everyone in the club. “We’ve always made soccer accessible to all. We’ve always been able to help provide emotional support to players during things like evictions and mental health crises. Now we’re making social services available to all too,” Lightner says.

Morales – who writes on the PCFC website that soccer provided her own escape from a difficult youth – began reaching out to families. One important need was clear: access to resources. Club officials are fielding questions about food banks, unemployment and rent relief, and directing parents to appropriate organizations. At least eight families have lost all income. PCFC is exploring how to provide direct financial assistance to them, and others. A Rapid Relief Fund is being set up, to be used after families exhaust all other resources.

Like the rest of his club, Lightner is struggling. In his case, it’s how best to respond in a suddenly changed, quickly evolving world.

“I don’t have all the answers,” he admits. “I’m just trying to follow the path of providing the most comprehensive support we can.”

He knows his club may be the only institution some families rely on. “They’ve interacted with us so much – two practices a week, games on weekends,” Lightner says. “Those relationships are important. The trust we’ve built is crucial now.”

Throughout the soccer world, the future is uncertain. No one knows when teams can again train and play. Lightner looks forward to PCFC’s entry into the new Oregon Premier League. At the same time, he knows his club will have even more scholarship and other requests for help than before.

Still, he appreciates the unique role he and his staff play at a time like this. “Soccer has always brought people together,” Lightner says. “It grounds a community. When there’s a crisis, people turn to a club like ours. They come to us, and it’s our obligation to help.”

youth
2 comments about "Pivoting during the pandemic: Portland Community FC strives to support its players and families".
Read more comments >
Next story loading