Shakespeare’s "Twelfth Night" meets high school prep soccer in this mid-2000s family classic. Amanda Bynes personifies the pioneering female soccer jock that teenagers had already found in Brandi Chastain, Mia Hamm, and the rest of the 99ers seven years before "She’s The Man" hit American theaters, and the gender bender plays hilariously alongside Channing Tatum  in one of his breakthrough roles. 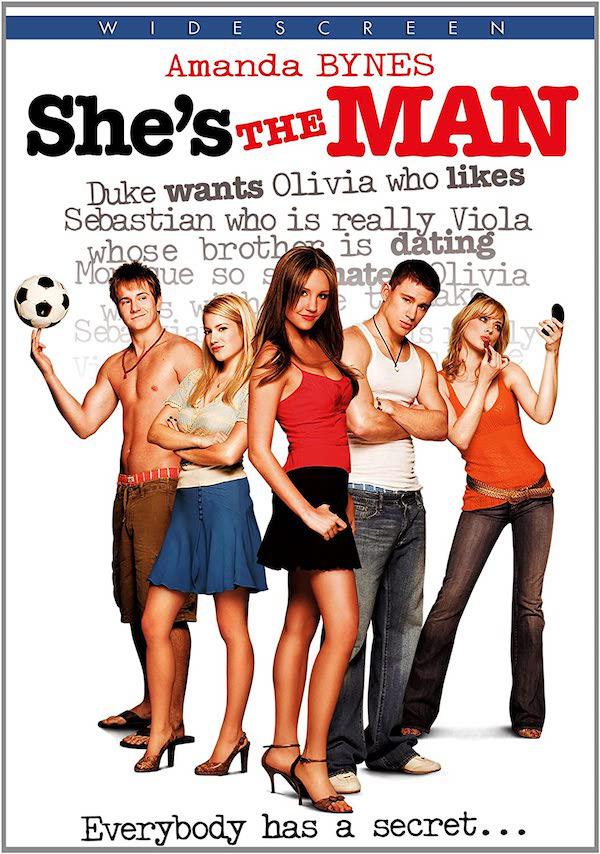 The spiel
The theatrical release poster above summarizes the movie’s teetering and tottering love triangles and their sum is greater than their parts. Bynes plays Viola, who’s dream of playing for the North Carolina Tar Heels shatters when her high school cuts her soccer team. Her then-boyfriend and coach agree girls trying out for the boys team is a no-go, infuriating Viola and her friends.

Meanwhile, her twin brother Sebastian is supposed to attend Illyria, a fancy boarding school, but instead skips town to Europe with his nascent rock band. Sebastian asks Viola to “cover for him,” and Viola gets an idea: impersonate her brother at Illyria, join its soccer team, and prove to her ex-boyfriend and coach that girls can play with guys (the full-ride to North Carolina goes without saying). With the help from her stylist friend, voila, Viola is the man. The rest of the movie the girl power and attempted bro-speak is on high.

What follows is gender innuendo farce after another. Viola’s male teammates discover her tampon stash and she covers it up by explaining it’s a nose bleed plug; later, her bald headmaster catches her rearranging her wig and Viola finds herself in another tangle. Things speed up when the teenagers start crushing on one another. The misplaced sexual tension because of the sex switch schtick means that their frustration is the audience’s very own humor joystick.

It’s important to not take this movie too seriously — its score of 43% on Rotten Tomatoes tells me that too many people have. In the pantheon of soccer movies, "She’s The Man" is the only Shakespeare inspired one, and that’s gotta count for something. It’s pretty damn funny, too.

A thumbs up from Roger Ebert: "I didn't for one second believe the plot of "She's the Man," but I did believe for the entire movie that Amanda Bynes was lovable. ...The movie develops interlocking romantic triangles, and adds some funny supporting characters, including David Cross as the headmaster, whose exuberance is as boundless as his baldness."

Best Quote
Viola (Amanda Bynes) as Sebastian, meeting her (his?) roommates for the first time:

The film gives nods to other Shakespeare characters, like Viola, Sebastian, Olivia, Andrew, Toby, and others. The play’s subplot that the film chooses to scrap is alluded to when a tarantula named Malvolio appears briefly on screen. 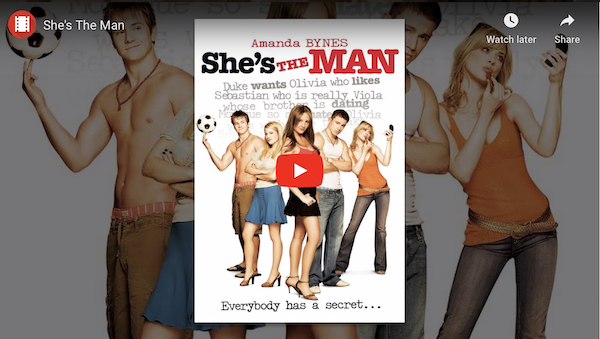 The Archive:
SA goes to the movies: Documentaries, dramas and family/comedy
Despite no live action, there's plenty of soccer on the screen available in a variety of forms. Here's a large selection from Soccer America writers and friends.