Dr. George Chiampas  continues to work shifts at Chicago's Northwestern Memorial Hospital emergency room, as he has since becoming the Chief Medical Officer of U.S. Soccer in 2014. 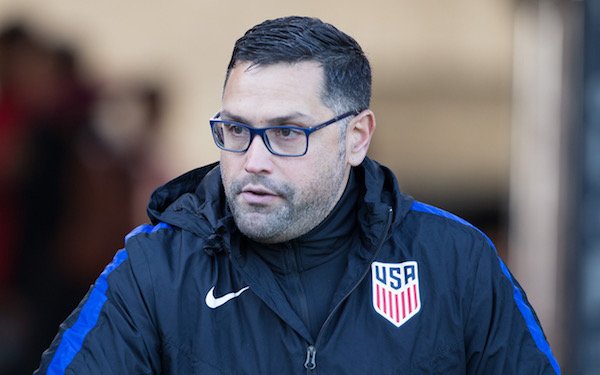 Chiampas, double-board certified in emergency medicine and sports medicine, started working with U.S. national teams in 2006. Since he was named Chief Medical Officer, U.S. Soccer has led the soccer world on concussion prevention, management and awareness -- enacting policies that have been adopted by other federations. Chiampas also joined the FIFA Medical Committee, became Chairman of the Concacaf Medical Committee, and has overseen U.S. Soccer’s Recognize to Recover health and safety program, which has added a Mental Health Resources for Athletes section.

SOCCER AMERICA: How are you doing?

GEORGE CHIAMPAS: I'm OK. There are some positive days and some negative days.

SA: What's your work been like since the coronavirus outbreak?

GEORGE CHIAMPAS: The first eight weeks was all about protecting our athletes and staff, that was back in February, and making some critical decisions in the first week of March in and around COVID. It's been leading the COVID task force, following federal guidelines, seeing what those look like. We've been on multiple weekly calls with all the leagues, Concacaf, working on the FIFA task force, trying to bring all of us together in the sport. Helping our member associations. Bridging with other professional leagues, including the NBA. Clinically I still work in the emergency room about five or six days days a month and working operationally on our COVID side with our emergency department as well.

SA: How much responsibility do you have in advising and consulting on navigating the return-to-play decisions?

We're looking at the federal and state guidelines, building a pathway back to reentering the sport of soccer while maintaining social distancing, decreasing risk as much as possible. Having a zero risk is going to be extremely challenging, but it's also very, very important for us to be able to develop guidelines that allow our sport to be able to function. And that entails our athletes, our youth to be able to go out, be active and exercise around the sport as long as we can do that in a very safe way.

Being on FIFA's task force for COVID, we've been actively working on producing a COVID document that should come out soon and will go out across all the federations. That's one way to assist the professional leagues as well as the amateur leagues and the sport.

SA: You work the national team coaches to connect with players around the world?

GEORGE CHIAMPAS: Those in the Bundesliga are in their environments [having started training under safety protocols since early April]. Others are going to start gearing up in the next few weeks. Major League Soccer and the NWSL are looking at potential dates for individual training in markets that are opening up, so you can see quite a bit going on across the globe. Some are at the starting line, some are weeks or a few months away from starting. 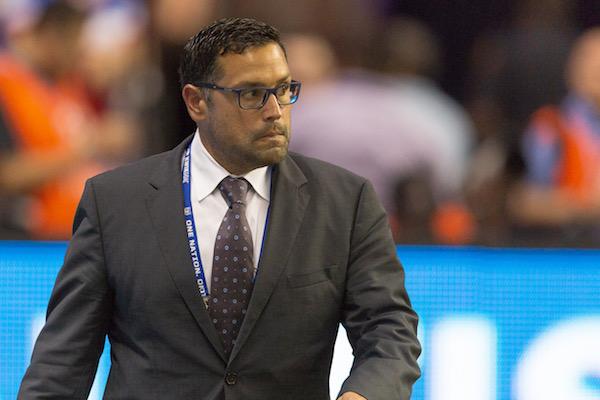 SA: U.S. Soccer's new Mental Health section on the Recognize to Recover site includes a COVID-specific part, but had already been in the works ...

GEORGE CHIAMPAS: My philosophy as Chief Medical Officer is that it's important for us, with Recognize to Recover, to tackle all aspects and make information readily available for our sport. Stuart Sharp [U.S. Soccer Paralympic head coach] is a big advocate on the mental health side. We brought in former national team player John O'Brien [who earned a degree in psychology]. Obviously, his perspective is so important as a former player who is working in the psychology space. Jim Moorehouse from our programing side, and Laura McLane, one of our national team athletic trainers, were among others bringing this content together.

Depression, anxiety, post-traumatic stress disorder -- those are areas that we want our coaches, our players and our parents across the country to have a resource to turn to. Mental health is something we want to start speaking about in our sport.

SA: What should a coach do if he suspects a player may have mental health issues?

GEORGE CHIAMPAS: If the coach is concerned about a player's mental state and notices red flags, the first thing, in a non-threatening way, without accusing them of having a mental health disorder, is to try to start a conversation and say, "Hey, are you OK? What's going on? ... I noticed that you seemed a little withdrawn at practice."

You can say, "It's normal to feel this way." And it may be as simple as, "I had a bad day in school." But it may go deeper than that -- if someone's feeling like this for over-extended periods where it's consuming their life. If they can't come out of this dark, dark place -- that's when we need to support that young athlete.

If a coach sees a theme of that -- in many cases the player is a minor -- a coach should should speak to kids' parents and just say, "I recognize that he or she is down. I just want to make sure that the kid is safe." And if there's something that collectively we need to do, we should do it for the benefit of that kid. I think that's the appropriate pathway.

If you do that in a genuine way and point to the athlete and the kid's safety being at the core, no one would question that approach.

SA: It'd be a good idea for a club to send the Recognize to Recover link out to all parents before each season?

GEORGE CHIAMPAS: 100 percent. Parents, players and coaches are seeking that advice. I think as a club, as a coach, you want to establish a culture and environment of a family.

I don't think there's enough of that kind of environment. We want to build healthy and safe environments. This content from Recognize to Recover, the Mental Health section and all the other ones, really identify the core of what's important in our sport. I hope that leagues and clubs really, really use that and develop a culture of safety, and a growth mindset.

SA: What kind of mistakes do you think coaches may make with those who are challenged with mental health issues?

GEORGE CHIAMPAS: The No. 1 thing is, we shouldn't isolate kids. I think the easy pathway as a coach is to not deal with it. And I'm sure you've seen it where coaches deem those players "problem kids." What ends up happening sometimes is that those kids may feel isolated. Those kids may feel different, rather than coaches recognizing that there are individual variances.

One kid may have an extremely great quality in one area and another kid may have a weakness in that. I think the coaches' responsibilities and the clubs' responsibilities are to foster kids' strengths. And in areas where they need support resources, make sure that they build programing for those sort of things. If we don't foster or support the kids with those individual variances, it's a failure on all of us.

It's not OK to just say, the kid isn't strong enough mentally. That's something that historically has been done. And that's not OK. We can't be comfortable with that approach moving forward.

SA: From my observations as a coach and a parent, it seems that mental health struggles are more prevalent today among teenagers than previous generations. Do you think young people are under more stress today than in the past? Or we've become better at identifying mental health problems because of medical science advances?

GEORGE CHIAMPAS: I'm like you. I have a daughter 17 and and a son age 15. I'm on the sidelines as well and watching those dynamics and living them. But I think it's a combination.

Obviously, there are the demands of schools, demands of social relationships and social media. These kids are connected at all times through social media. Our athletes are held to a standard where maybe parents are pressuring them for scholarships or success. And we see a burnout in kids who are potentially going down a path that may not make them happy.

So it's important for us to take a step back and make sure that our kids are playing the game for all the right reasons.

And we also need to recognize that there are underlying medical and psychological issues that kids may have. And if we can recognize them, if we can support the kids, we can hopefully be advocates for them and allow them to continue to play, give them the space to be able to deal with some of these things. Potentially direct them to get additional help and resources. And if we're able to do that, then I think that's a good thing.

SA: It certainly feels like the pressure on kids, from trying to get into a good college to playing on the best youth club or best league, seems to be ramped up.

GEORGE CHIAMPAS: Parents are maybe driving a lot of decisions and not allowing kids to make their own decisions. We're seeing that in the sport. The highest transfer rate in NCAA Division I, I think is women's soccer.

Maybe [previous generations] were given more autonomy to be able to develop skill sets or the tools to develop those skill sets. Maybe they were allowed to fail and be able to learn from their mistakes.

I think that it's multi-factorial without question. The reality is mental health is something that exists. And when you talk about mental health, it can't be a stigma. It's a spectrum.

No one has the greatest day every day. We have to acknowledge that there's going to be a day where you feel alone. You feel isolated. Or you feel extremely anxious. And if we can provide management skills, if we can provide awareness across all our stakeholders. Then we're doing a really, really good job as a federation and as a sport. But it's us collectively --  leaders, coaches, parents.

SA: What's your hope for soccer's future when kids can finally return to the fields?

GEORGE CHIAMPAS: I'm hopeful that the sport comes back in a renewed way, where coaches, players and parents are stepping on the field and appreciate the entire aspect of the sport. Appreciate what it means to around their teammates. Prioritize what's great about this sport and how it adds to your life. That ability to be able run, to compete, to celebrate, to cry and laugh, to score a goal. All those pieces that are lost right now. But I think that when we come back as a sport, it's going to be even better, but that's going to require all of us to be a collective whole.