Once upon a time in America

Once upon a time in America, there was a strange sport played by men not from America. In the fishing ports of Massachusetts, the steel towns of Pennsylvania and other places where immigrants gathered, worked long hours and held on to their customs, what little free time they had was spent at soccer clubs, with a soccer ball. It was not “American,” but it was theirs, and it was good. 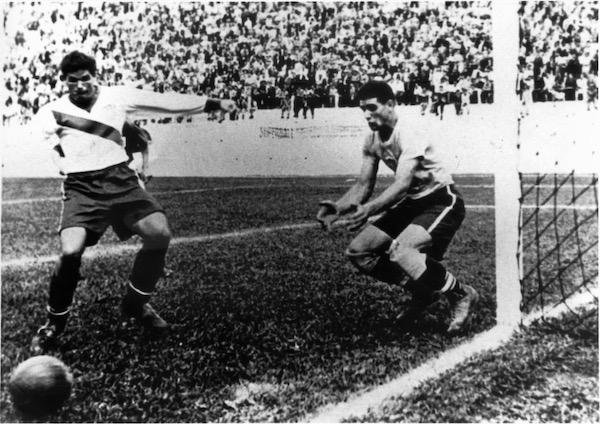 A very good thing happened in 1950. A team of players who barely knew each other – a textile worker, a postal clerk, a man with a Haitian mother and Belgian father – beat the most famous team in the world, in the World Cup. Most of the world noticed, but most of America did not, so it was not very good.

But slowly – very slowly – it became good. In the prep schools of New England and the Catholic schools of St. Louis, boys began to play soccer. In New Jersey, a Scottish soccer club reached out and drew in youngsters from nearby towns. In years past they would have been playing baseball or football. Now they were playing “soccer.” That was good.

Around the same time, across the river in New York, the most famous player on the planet came to play. At first he played on a terrible field, then in a baseball stadium, but in the third year he moved across the river – to New Jersey. Finally he had a worthy place to play. That too was good.

The grass was artificial, but the crowds were not. And he was joined by teammates – superstars and future stars and people who would never be stars – from around the globe. They played teams from unlikely places: Minnesota, San Antonio, Portland, Hawaii. And those teams had players from across the planet too. The quality of the game varied wildly, but in all those places, seeds of soccer were planted. And it was pretty good.

The soccer league had grown too far, too fast, and it imploded. But boys – and girls! – kept playing. Their parents learned how to form teams and associations, and even how to coach. Their children played in their backyards with friends, and on newly built or converted fields. They had fun, because they were running and passing and scoring with their friends. There were more and more high school teams too, just like football and baseball. And it was very good.

As the sport of soccer grew in America, so did the “industry.” Clubs added teams, and coaches. They added “coaching directors,” and levels of play. There was recreational soccer, travel soccer, premier soccer, elite soccer. Entire organizations grew, and split off, each with its own acronym and agenda. It was hard to keep track of who was who and what was what. Some people thought it was good. Others were not so sure. 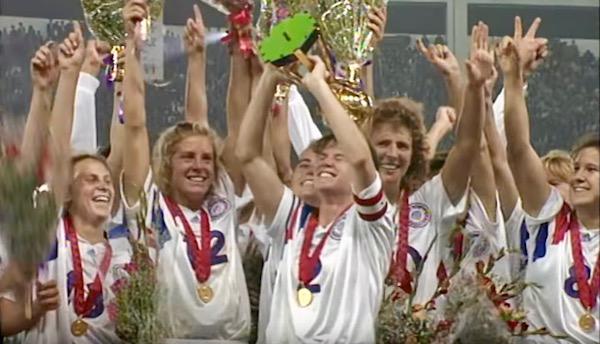 A very elite boys “academy” developed in Florida. Others followed. Then came an actual league, or perhaps it was a program, or maybe an entire platform, with “Academy” in its name. The aim was audacious: develop players to win the World Cup. American women had already done that, of course – twice, in fact – and won Olympic gold medals to boot, but the men had not come anywhere close. That was embarrassing, so some powerful people decided to throw money and American know-how at the problem. Some people thought that was good, while others thought it was not good.

Still, soccer continued to grow. There were heart monitors and “college showcases” and journeys by plane from one end of the country to the other. People continued to play high school soccer and recreational soccer of course, but (they were told) it paled in comparison to “real” soccer. Still America was no closer to a men's World Cup championship. They did not even always qualify, and that was definitely not good.

And then a strange virus swept across the world. It did not spare America, although many Americans thought they were invincible to everything. Suddenly, just like that, life as the nation knew it stopped. Schools closed. Churches, movie theaters, nail salons closed. Soccer closed too. That was really and truly not good. 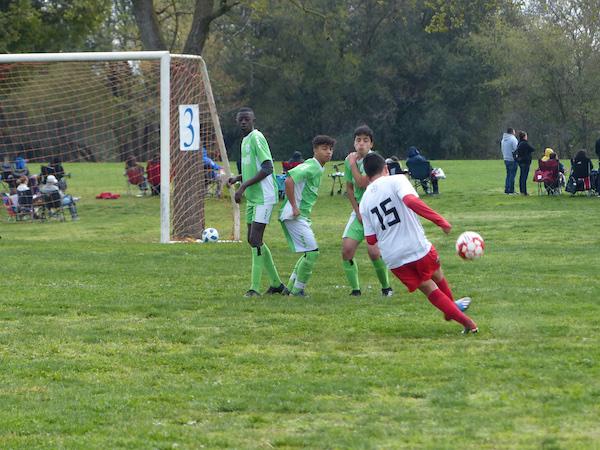 Or so people thought. But as boys and girls stayed home, doing distance learning and playing Fortnite, they did something else. Brothers and sisters started kicking around in the backyard, with each other. Down in the basement they juggled, set up obstacle courses and invented new moves. They watched YouTube videos of classic matches and great goals. And it was not so bad, after all.

They did not travel all over the country for games. They did not have “drills,” or beep tests, or even coaches. They did not have parents asking them why they did not score, or why their teammate did not score despite the perfect pass she had just received. They had none of that. But they did have soccer, and themselves. And that was pretty good, when you thought about it. Finally, the virus receded. Masks came off. Restaurants and movie theaters and nail salons reopened. Soccer came back too. And that was very good.

But it came back in a different way. There were games and leagues, of course. But children also continued to play with their friends, in their yards and streets and wherever they could find a field. They did not travel all over the country, because there was very good competition to be found next door. They played because they loved to run and kick and dribble and try new moves and defend. They played because they realized that soccer is a really, really great game, no matter where and how you play it, and no matter who you play it with and against. And that was amazingly good.

As for the World Cup? Well, that was not played in Qatar in 2022. And that was fine.

youth
25 comments about "Once upon a time in America".
Read more comments >
Next story loading