The San Jose Earthquakes' Tommy Thompson  has posted more than 100 practice-at-home videos -- his rhythm, precision and quickness make these fun to watch even if you're not the intended audience -- since the coronavirus interrupted team play. A difficult project one would think. Not that hard, though, because the 24-year-old has been playing with the ball like this since childhood. And he has a committed cameraman: his father, Gregg Thompson. 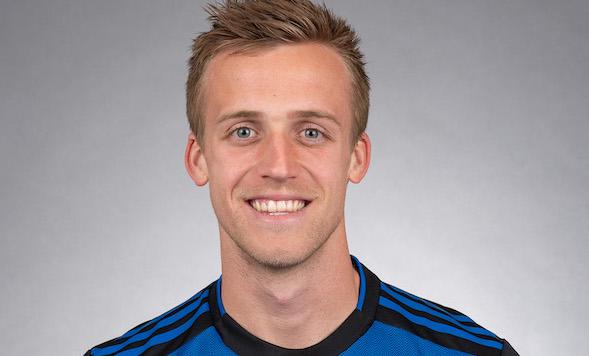 "We have about 500 kids in this club and we're all looking at each other, 'OK, what are we going to do in these Zoom training sessions?'" Gregg said. "It's hard to explain training exercises to kids. So I said, 'Tommy, would you mind doing a couple of these little skill things and I'll just show the camera at the Zoom deal.' And the kids can duplicate them."

Tommy had a better idea. His dad would give him the phone after filming and Tommy would edit and upload onto what has now become an excellent user-friendly YouTube Channel for players seeking fun ways improve ball skills and do fitness  training with ball. Most are about a minute-long and require so little space they can be performed indoors. They also added 30-minute training sessions.

"We basically uploaded all the skills I did as a kid that got me where I am today," Tommy said. 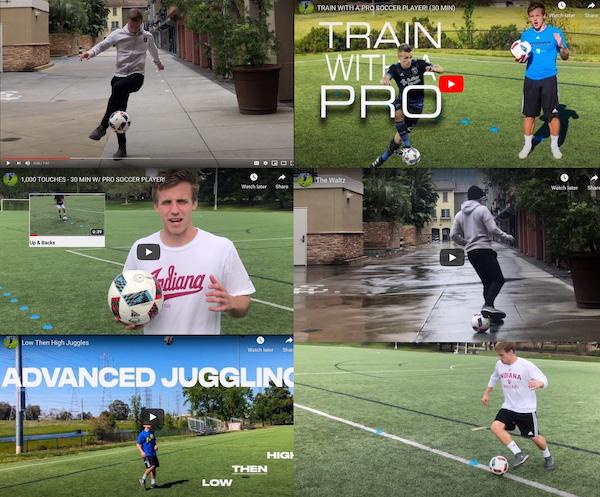 Tommy finished high school in three years and after a playing one season at Indiana University in 2013 joined the San Jose Earthquakes. He made his MLS debut in 2014 at age 18. He caught attention of U.S. U-20 coach Tab Ramos  and played on the U.S. team that reached the quarterfinals all of the 2015 U-20 World Cup in New Zealand.

"Tommy is a great player," Ramos said. "He really has everything. Tommy is extremely creative, extremely skillful with the ball, willing to work as hard as anybody."

Thompson is coming off his best MLS season, the 2019 campaign under Argentine Matías Almeyda, his seventh Quakes coach counting interims. The Latin approach suits Thompson, who grew up admiring and emulating players like Ronaldinho.

"Matías signed some players and they came out to the training field," Thompson said. "They started juggling the ball and launching it high in the air and trying to juggle it again. And that's something I had been doing for seven years with the Quakes.

"To see a player, like Cristian Espinoza, who's my age, come from the another part of the world and warm up like that -- at that moment I was like, maybe I will get along with these guys. And sure enough, throughout the year, I had a great relationship with all the new guys coming in and I thought it was incredible what Matías was doing with the group."

Thompson also taught himself Spanish, which impressed the kids at Oakland's Soccer Without Borders' program from recent immigrants, refugees and asylees where Thompson makes frequent appearances and plays along at practice. 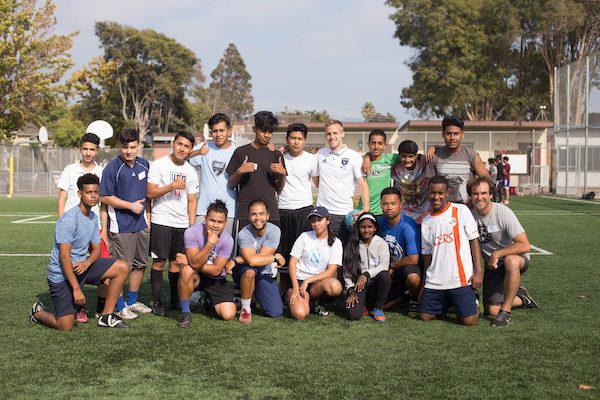 Tommy Thompson at an Oakland Soccer Without Borders practice.

"I told myself when I became a pro that would I do everything I could to make an impact on the field and an impact in the community," said Thompson, who would represent the Quakes at events such as the San Francisco Street Soccer USA tournament at Union Square. His former Quakes teammate Clarence Goodson introduced Thompson to Soccer Without Borders. Thompson in turn brought along retired MLS striker Steven Lenhart, who became a volunteer coach.

"I think he always felt blessed that the grew up in an environment, not real wealthy, but having everything he needed," said Gregg Thompson. "And so many other kids need so many things, he felt he needed to give something back. The more he got into it, he realized how desperate some of the situations were and his involvement grew and grew."

"This virus has affected everybody one way or another," Thompson says. "We just have to all do our part and stay connected. We're all in this together."