Dispatch from Germany: Bundesliga restart plagued by doubts and criticism

In England, professional soccer still has to compete with cricket and two disciplines of rugby for coverage and market share. In the USA, pro soccer is still overshadowed by at least three major league sports, and will continue to be so for a while. In Germany, though, there is only one Volkssport (People's Sport). True, there are pro hockey, basketball and team handball leagues, but you don't hear anyone talking about them. Soccer dominates German sport like JK Rowling  does children's literature. That's why 'When to restart the Bundesliga' has been an ever-present strand in the national discussion on relaxing COVID-19 lockdown measures. 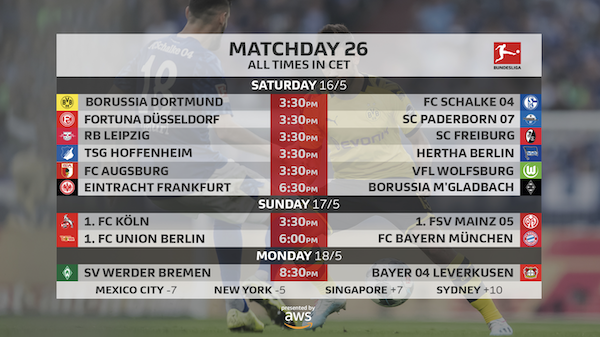 This week the German government gave the Bundesliga's top two flights the go-ahead to complete the 2019-20 season, beginning May 16, albeit behind closed doors and with the necessary hygiene precautions. While soccer may be just as all-consuming a pastime in Spain and Italy (where there are still no concrete plans to resume play), Germany's reported infection rate and death tolls are comparatively much lower. Despite objections from some politicians and soccer supporters alike, those numbers have pushed the restart agenda, combined with the sport's special status in post-war times as part of a more benevolent German national identity.

There have been two main arguments for a resumption. One is economic -- the German Fussball League (DFL) has pointed out again and again that an estimated 56,000 jobs are dependent on professional soccer in Germany. The rush to complete the season is also connected to the next tranche of TV broadcast payments. If we don't play soon, argues the DFL, there may not be a Bundesliga comeback at all because too many clubs will have gone bankrupt. This is the strongest component of the DFL's case, even though it is obviously not the only company with worries about its workforce.

The second argument is cultural. The DFL's alarmist existential threat has been coupled with the folksy and condescending notion that The People, in these challenging times, deserve the diversion of live soccer on TV. As though, up until now, we the dumb proletariat had been fixed to the sofa these past two months and staring at a blank screen, craving nothing more than 90 minutes of sweat, thud and grunting in an empty arena. This line is disingenuous. It really is all about the cash. 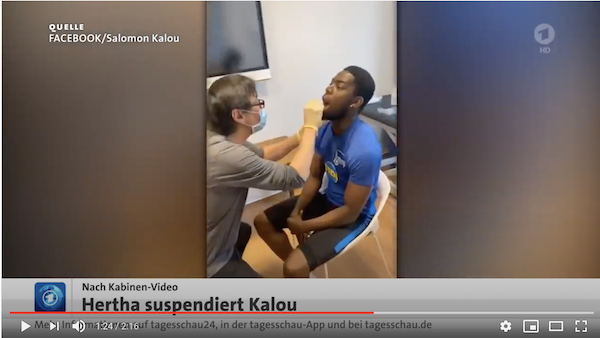 The green light to resume, however, was subject to a setback earlier in the week when Hertha Berlin veteran Salomon Kalou released a 25-minute video of himself in the workplace contravening every social distancing measure in the guide-book, including handshakes (what are those?) with a number of his teammates. After deleting the footage, Kalou was duly suspended by his club and the DFL wrote it off as a lone case. Well, it's the lone case that we know about.

There are no other public videos of cavalier pros breaching the protocols that pretty much everyone else in public has been carefully observing for the past two months. Still, you can choose to take it on faith that the DFL's right. Meanwhile, the first round of tests among players and staff at the 36 first and second division clubs yielded 10 positive cases of COVID-19, including three at FC Cologne alone (two players and the physiotherapist). This too should be no cause for alarm, the league assured us. It just goes to prove how thorough the testing is. The Cologne trio were quarantined, while team training in the run-up to the league's restart will take place in a "quarantine-like training camp."

"We can't give out a false signal that we've already come back down the mountain," the parliamentary head of the Green Party, Katrin Göring-Eckhart, told the Süddeutsche Zeitung in reaction to what she called the "imbalanced" raft of government recommendations on relaxing lockdown measures. "I wish that the government would pay as much concerted attention to those groups that don't have lobbyists as loud as the Bundesliga."

Meanwhile, the head of the Left Party Katja Kipping cited "hundreds of new infections" at a meat-processing plant and at Amazon over the last few days because, she claimed, protective measures had been neglected. Kipping's health concerns could equally apply to players and fans. In the aftermath of Cologne's positive test results, the club's Belgian midfielder Birger Verstraete -- worried about his girlfriend's heart condition -- revealed that that "my head's not in the game" right now, and that if "every player could vote anonymously [on resuming play], I'd be interested to see how the results would look." Two days later, under pressure from his club, the player rolled back his comments and claimed that something had been lost in translation. Presumably he's just another lone case.

For the public, there's the question of where to watch. Before the break, a sole game between Borussia Mönchengladbach and Cologne was played behind closed doors, but that didn't prevent several hundred fans from gathering outside the stadium anyway. Plus, Bundesliga live games are only available on pay-per-view platforms right now, so there's the danger that people without a subscription will gather at the houses of those who do. To avoid this, there have been calls to show games on free-to-air TV, but where does that leave the broadcast deal that's been firing up the back-to-work lobby for the past two months?

That's assuming, of course, that anyone's still interested. While there's been a tempered welcome from some for the resumption on the grounds that it's a sign of 'normality,' dissenting voices continue to ask why the Bundesliga, despite its overwhelming popularity, should be receiving special treatment ahead of the amateur game, and the rest of society too. There's a sense that it should be undergoing some self-examination before declaring business-as-usual. Why, for example, is its economic model so vulnerable to a break enforced by an international emergency? How can a sport that's benefited from increasingly lucrative TV deals cry poverty the moment the ball stops rolling? Did no one make provisions for boom and bust?

Some spectators are guaranteed, though. When Germany kicks off, the English, Spanish and Italian leagues will be assiduously taking notes. The reboot of the people-free People's Sport will set the trend for the rest of the year.