In mid-March, Jon Bradley  was busy preparing for the spring season. Like many men and women who make a full-time living from soccer, he wears many hats. As coaching director for the Darien (Connecticut) Soccer Association, the London native oversees 1,200 players ages 5 through 18, and 35 coaches. His private Blue Wave Kickers program offers camps, classes, private coaching and a “Tiny Tots” program for 2- to 5-year-olds. In the fall, he’s the boys head coach at Darien High School. 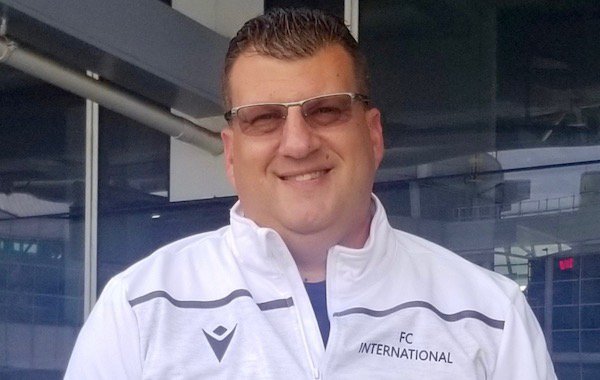 Bradley has been teaching soccer in the area since 2002. (Before that he was a futures trader. That’s a different story.) He’s helped develop thousands of soccer players, and built an excellent reputation.

It took just a couple of days for the coronavirus to upend his world. The DSA canceled its spring season. Social distancing, self-isolation and quarantine measures in Fairfield County – less than an hour from New York City, and an early hot spot for the disease – meant no soccer coaching of any kind for the foreseeable future. Bradley went from working seven days a week to sitting home with little to do, and no income at all.

The Darien Soccer Association board of directors then did right as well. In their announcement canceling the spring season, they gave parents four options: a full refund, 75% percent refund, 50% refund, or no refund at all. Every cent not refunded would go toward a coaches’ relief fund.

“The response was unbelievable,” Bradley reports. “I got emails from parents saying how glad they were to be able to help. One woman said, ‘These coaches stood by us. We have to stand by them.’” Some parents even offered to donate more. He says that relationships built between DSA coaches and families – many of them forged over a decade or more – contributed to the community’s willingness to help, even as some families suffered their own financial hardships.

“They understand this is our profession,” Bradley explains. “They want to see us on the field sooner rather than later, in some form or other. If we can keep roofs over our heads, there’s more of a chance we’ll be around when this is over.” 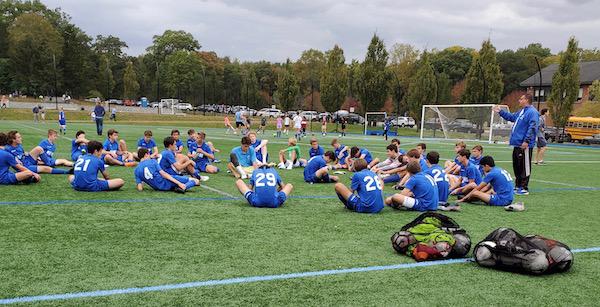 Bradley might be expected to advocate an early return to soccer. Instead, he urges caution. A good friend died of COVID-19. So did his stepbrother, in England. Instead of attending the service, Bradley participated in a shiva call by Zoom.

“There’s no rush to get back out there full away,” Bradley says. “When the time comes, I’m happy to coach three or four kids in a safe environment. Then maybe in the summer there can be 10 kids.”

He earns a significant amount of income from summer camps. Still, Bradley says, “I don’t want to be a guinea pig for returning.”

As for his fall high school season, Bradley believes “we will have soccer in some way, shape or form. But what that form is, no one knows. It will probably be OK to have U-10s playing. But getting a lot of teenagers together in one place, I just don’t think that’s likely.”

When soccer does return, Bradley thinks that coaches’ roles will change – and parents will see them differently too:

“During a high school game, there’s no one as crazy and passionate as I am. But I’ve always thought the social dynamic was important, and that’s being realized now. We’re there to facilitate the environment of friendship and camaraderie. Some players go on to play in college, but many don’t. People have lost sight of what the game means to kids. I think there will be more sensitivity to that once this all ends. Soccer is about a lot more than showing up, doing your session and going home.” 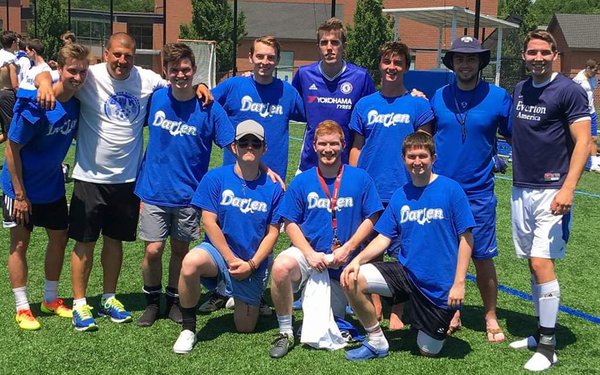 What does Bradley miss most now? “Just being out there. It sounds peculiar. I do miss the games. But just the realization of how much kids – and coaches – enjoy what we do. Things like running sessions, and seeing kids having a good time.”

The first thing he’ll do, he says, is “let the kids run around for an hour. They’ll have more energy than ever. We need soccer in some form. The kids need it, too.”

Yet, he notes, “we have to be realistic. This is a matter of life or death. We don’t want to put ourselves or anyone else in danger. We have to come back slowly, at the appropriate pace. I don’t know the right answer. I’m not a doctor.”

The soccer coach pauses. “And even if I was a doctor, I probably still wouldn’t know.”