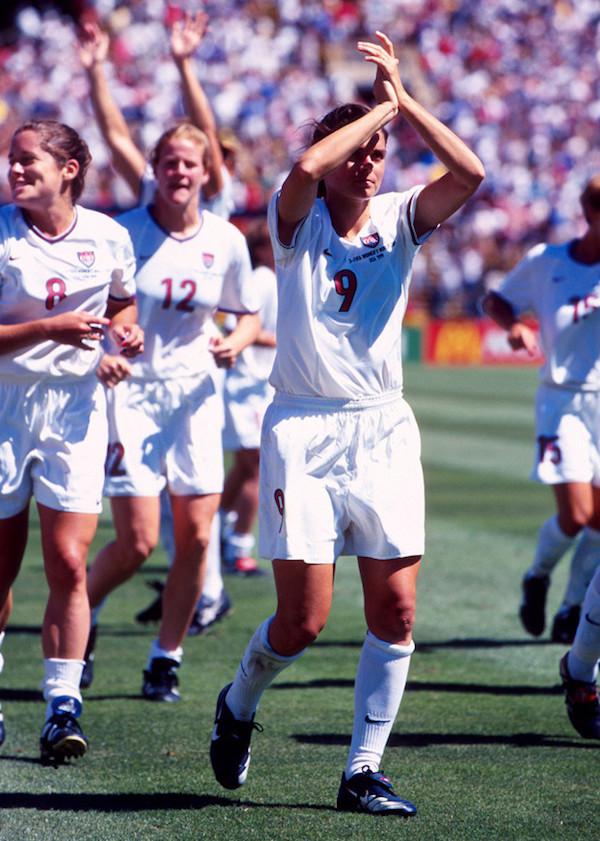 Netflix has acquired the rights to New York Times reporter Jere Longman’s book on the 1999 U.S. Women's World Cup championship team, “The Girls of Summer: The U.S. Women’s Soccer Team and How It Changed the World,” and will turn it into a feature film.

Marla Messing, the president and CEO of the 1999 Women’s World Cup organizing committee, will serve as executive producer along with Jill Mazursky and Krista Smith.

Tendo Nagenda, Netflix's vice president of films, says he remembers watching the 1999 Women's World Cup when the USA drew record crowds and won its second world title and being inspired by the success of the U.S. women.

“As a longtime soccer fan," he said, "I can still remember watching that groundbreaking game in Union Square. When I moved to Uganda in my teens, playing soccer was an important way to meet kids my own age (even if our balls were made up of dried banana leaves). That was also true when I left my first job in Los Angeles to take summer film classes in New York City in 1999. In between stealing shots and locations, my collaborators and I would stand outside bars to see the Women’s World Cup series. Watching the USA team that summer made me forget I had no money and little more than a dream to feed me. That team, that goal, and Brandi Chastain’s unforgettable reaction – in which she ripped off her shirt and dropped to her knees in astonishment – made me believe I could do anything, and do it my way.”