Pateadores' Teddy Chronopoulos on choosing ECNL Boys, continuing a relationship with MLS clubs, and the benefits of high school soccer

Pateadores, a founding member of the recently defunct U.S. Soccer's Boys Development Academy, lifted the 2011 DA U-17/18 national title and was part of the DA's U-19 top tier in 2019-20. Pateadores and six other Southern California former DA clubs have committed to ECNL Boys and will play in the 19-team Southwest Conference. Ted Chronopoulos  is the Pateadores' boys academy director. 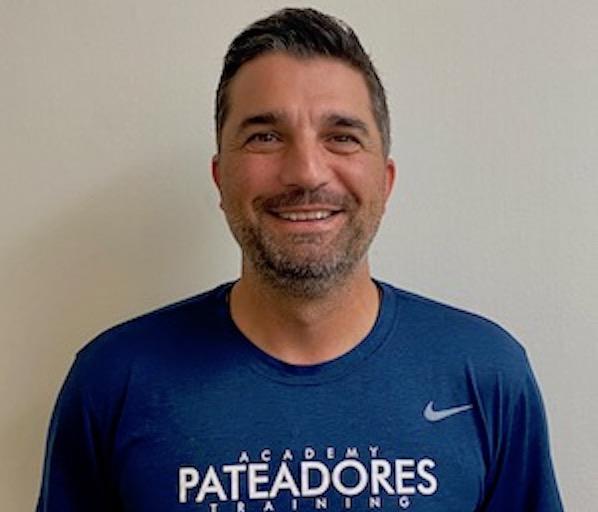 SOCCER AMERICA: After Pateadores and several other former DA clubs announced their commitment to ECNL Boys, MLS announced its intentions of launching a development league that would include non-MLS clubs. Are there any regrets about not playing in a league with MLS clubs, as has been the case with Pateadores for more than a decade?

TEDDY CHRONOPOULOS: We are happy about the choice we made for our players. We have had a successful club for years, regardless of the league, where players/families, college coaches and professional coaches trust us and the environment we create for player development. These different groups trust our process and they trust how we develop each individual. That's the important piece. It's more about the individual and not the league you are competing in.

SOCCER AMERICA: Do you imagine your club's teams may still compete in some form against MLS youth teams?

TEDDY CHRONOPOULOS: A few clubs have reached out personally to see where we stand. I gave them our reasons why we chose the ECNL. We still have relationships with these clubs and they are interested in setting up some friendlies and play showcase-like events that are not on the schedule. We are all for that.

SOCCER AMERICA: What advantages do you see in the ECNL Boys?

TEDDY CHRONOPOULOS: Strong leadership, flexibility for player development and a good platform for our players to compete in on a weekly basis. We are going to be getting 25-30 games regionally that are drivable. The farthest being Nevada and Arizona, as opposed to flying to Vancouver, Seattle and Portland. Most regions will have more local games. 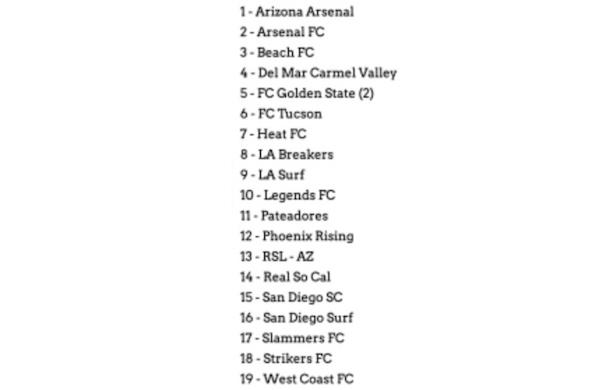 SA: I imagine as youth soccer returns from the coronavirus interruption the emphasis would have to be on local and regionalized competition. Unlike in the DA, your conference doesn't include Northern California ...

TEDDY CHRONOPOULOS: I think it will be more regionalized in this first year for everyone across the country. We talked about merging with Nor Cal but it made more sense to keep games more local in the first year.

SA: Although MLS has not specified how its league will handle high school play, what will playing in ECNL Boys mean for Pateadores kids who want to play high school ball?

TEDDY CHRONOPOULOS: They'll play high school and we'll offer supplemental programming for the kids who aren't playing high school. We think there are benefits to playing high school soccer. It's good for our younger kids to be playing with older kids. Freshman who get the opportunity to play against seniors, for example, teaches them how to manage their space and how to handle 1v1 situations. While it gives seniors the chance to step into more of a leadership role and allows them to be accountable and responsible.

SA: How did you handle the high school play during the DA?

TEDDY CHRONOPOULOS: We had a few kids playing for some of the top private schools in California who received waivers to participate. It gave other players an opportunity to show well in front of college coaches and it gave our younger players an opportunity to play up. Our schedule wasn’t kind to our U-19s in the new year, playing San Jose, FC Golden State, Portland, Seattle, missing seven of our top players due to their schools advancing to the finals. The downside is these kids don’t get any time off. They play 10 months without a break, so we have to manage their minutes when returning. You cannot take an opportunity away from a player to earn a private school education.

There were a lot of rules within the DA that clubs did not agree with, but it also changed the landscape of youth soccer at the highest level. Coaching standards being the top priority. It made me a better coach, leader and educator. We will continue these standards and expectations at Pateadores into the future.

SA: It's ironic that in the last few years MLS clubs signaled a desire to form their own league, which led to such concessions as the tiering the DA's U-19s, but now MLS is going to run league with a majority non-MLS clubs.

TEDDY CHRONOPOULOS: The problem we started having with the DA was we were always at the mercy of the MLS clubs. We wanted a structure in place for the following season and there was always a delay in the decision-making. For example, tiering could have been done in a more timely manner. Whether they wanted to create their own league or not, decisions were delayed at the expense of the non-MLS clubs. We felt like, if you want to separate, that's fine. Let's do an amateur division and a pro division. But it never seemed to work through.

SA: Is there fear that we'll see in the future the kind of acrimony and turf war between the MLS league and the ECNL Boys as we saw with ECNL Girls and the Girls DA?

TEDDY CHRONOPOULOS: I don't think so. There are enough competitive platforms for everyone. There's a pro pathway for kids and an amateur pathway. Some kids who choose the amateur pathway end up being pros. Look at Frankie Amaya and Cameron Harper, for example, who both played with Pateadores since the age of 13. Frankie is with FC Cincinnati and Cameron is with Celtic. Some kids will be attracted to non-MLS clubs for the autonomy to choose where they want to go. If they want to train with clubs in Europe, they can ... Christian Pulisic wasn't tied to an MLS club and had the autonomy to do what he wanted. There's a pathway for everyone.

TEDDY CHRONOPOULOS: Just that it’s really not an either or proposition in terms of MLS or ECNL as both MLS and non-MLS clubs can and should be working together as we move forward. As an example, in a city the size of Los Angeles, or even a region as big as say Missouri and Kansas where there is only one MLS club but multiple ECNL clubs, there are hundreds of prospective top-level players. Giving all of those players an opportunity to play, compete, improve, travel less and develop can happen in any top level environment. And sometimes, that “best environment” for a player is at a non-MLS club. If, over time, those players playing in a non-MLS academy show something unique, and the MLS and local ECNL clubs have nurtured their relationship, then conversations can take place over what is best for that player and how to move forward. The goal really has to be communication. As I said above, we have a good relationship with MLS clubs so we are excited about the future and what it might look like.