Claudio Reyna on his son Gio in the Bundesliga, America's youth soccer future, and the Austin FC project

Last December, Claudio Reyna  became Sporting Director of 2021 MLS entry Austin FC after serving that role for NYCFC since its launch in 2013. He was U.S. Soccer Youth Technical Director in 2010-13. 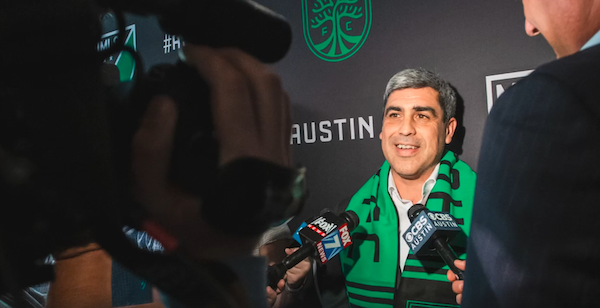 The Hall of Famer who was part of four U.S. World Cup teams started his pro career in Germany in 1994 at age 21. Reyna's 17-year-old son Gio, who played on NYCFC's U-18/19 Development Academy national championship team in 2018, joined Borussia Dortmund last year and has already made eight Bundesliga appearances. We spoke with Claudio Reyna in the wake of MLS announcing its youth development league membership and ahead of the Bundesliga's return, which on Saturday features the Borussia Dortmund-Schalke 04 Revierderby.


SOCCER AMERICA: How’s your work been preparing Austin FC for its 2021 launch amid the pandemic?

CLAUDIO REYNA: It’s still coming along well. We have delayed some hiring, such as scouts, because there's no competition. But we're moving forward. We’ve got lots of calls, video conferences, talking about players, talking about staff, recruiting for different positions, on the performance side, the operation side as well as the academy.

SA: How much are you involved in Austin FC’s youth program?

CLAUDIO REYNA: Very much. I work closely with Tyson Wahl, our academy director, and speak to him daily. He's doing a really good job in the first year since we started U-14s. We're adding two more teams.

Youth development is always something I’ve enjoyed being a part of, creating that link between the first team and academy -- to get people to think in the same direction. I believe that there's got to be a continuity from the bottom up and top down.

Starting up a franchise from scratch allows you to do that and gives you an opportunity to really build upon that. It takes time and in a few years you start reaping the benefits. I went through that in New York. Now in Austin, in our own way, we've got to put our own stamp on it. We're really committed to youth development and impacting this region of Texas.

SA: What was your reaction to U.S. Soccer terminating the Development Academy?

CLAUDIO REYNA: I was surprised when I started to hear the rumors because the news a few months earlier was about adding teams. So, I thought that it was going to move forward at least for next season.

A lot of good came from the Development Academy. Certainly, it was a big challenge they took on to run this league 13 years ago. The federation felt they needed to get to that space to really improve the youth landscape and technical development. And it was a very competitive platform and it was good competition.

The landscape certainly changed from when I grew up and when I came back from playing in Europe. And now we’re having another change. We've got to move forward.

It makes sense that MLS is stepping up and is in a position to assume that responsibility, given the amount of investment that has already been made in that space by MLS club owners.

SA: Are there things about the DA that weren't satisfactory that MLS should tweak?

CLAUDIO REYNA: Yeah, absolutely. There are many lessons from the DA and we could make improvements on some things. And some things should be consistent and look similar.

The idea of being inclusive is important, but there's got to be a standard across this league that has to be met. However, we need to be flexible and not overburden clubs that have really good soccer people with unnecessary administrative standards and benchmarks to hit.

That’s the frustration I saw from a lot of clubs in the New York-New Jersey area that I have relationships with. You have a lot of passionate coaches and technical directors -- like you have all over the country – who had to spend too much time behind a desk fulfilling these standards and administrative requirements and that aren't as important in the youth area, especially where we are as a country and where we start now with this league.

So let's be flexible. And if they're good soccer people with great intentions – and they may be a little bit behind in certain organizational areas -- we work with them to make them better.

As the DA evolved I believe it became too strict with the standards to follow. 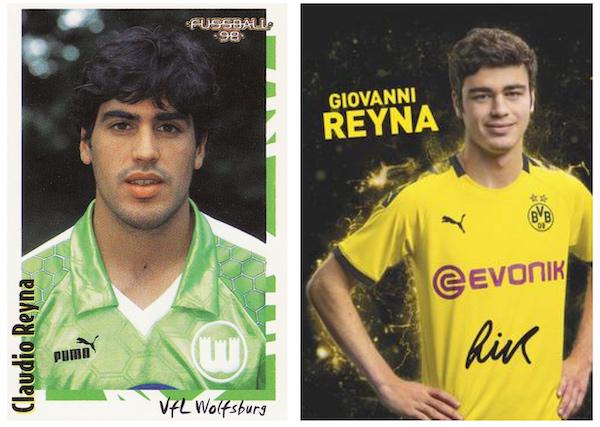 SA: You played hours on end on your own as a child, or stayed later after practice to train more. Something kids don't have time for if they’re driven long distances to and from practice. The key is to create productive environments for players with limited travel?

CLAUDIO REYNA: The pay-to-play issue is complex, but one thing that model has done is created just too many teams with every age group. When I grew up there were teams every other year. You had U-12, U-14, U-16 -- so you were automatically practicing and playing against older players. To create that good competition now, it may need to be for an individual or a specific team -- that you play against older players, older teams.

That's what I mean by doing those kinds of things locally, maybe regionally, depending on where you are in the country. Give the clubs some flexibility on how they want to do that at the different ages from when a kid is 9 to 11 all the way up until he's 18.

SA: From speaking to Gio, what can you tell us about Germany’s response to COVID and the return to play process?

CLAUDIO REYNA: It’s an interesting experience that he's going through, from when they all agreed to take the pay reduction, to returning to training and now returning play.

Now they’re at the stage of having opposition training after individual and small group training without contact, which is not normal.

SA: How’s he been handling it?

CLAUDIO REYNA: Certainly, it's a challenge for him. Only 17 years old, and he just moved into an apartment. It’s been tough. But the players know the script. They know what getting back means for the clubs, what it means for the country.

It has been really well organized from the testing capabilities and to quarantining the players. And this week, leading up to the first game, all being in a hotel together. I think certainly all eyes are going to be on the Bundesliga this week to see how they are going to pull this off.

And if they do, I think it's going to be a positive step forward, but it's certainly different than what any player would expect and experience. But while it’s new for Gio, it’s also new for Mats Hummels, and Marco Reus and Mario Goetze -- and for the opponent and for everyone. I think the players are definitely looking forward to it. 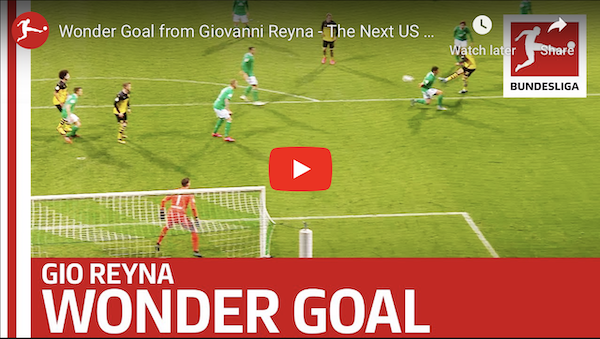 CLAUDIO REYNA: I’ve been impressed with how much he’s picked up in a short time, especially soccer conversations. He understands when training is being explained and pregame, he gets most of it. They do explain everything in English as well after because of the diversity of the squad. In another 12 months or 18 months, I think he could become really comfortable understanding and speaking the language.

SA: You were 21 when you joined the Bundesliga in 1994 -- after three years at the University of Virginia and being on the 1994 World Cup squad. How different do you think the move to Germany is for Gio?

CLAUDIO REYNA: I can't imagine. When I was 17, I was in a completely different world. What he's doing at his age is remarkable. I was playing high school soccer. He’s essentially a junior in high school and playing in front of 80,000.

Talking to him about my experiences in Germany, how the league is and the culture, I think gave him a good start. But what he's doing on the field is not something I experienced.

SA: Besides the looser foreign restrictions, how different is Bundesliga now?

CLAUDIO REYNA: Besides the amazing stadium upgrade and how it’s grown overall, young players across the league are getting opportunities. Back in 1994, 1995, 1996, it was a league populated with experience, with recent World Cup winners and the average age was much higher than it is today.

If you were 20 or 21 and got some playing time, that was a young player breaking through. And occasionally a teenager got a game, but it was really unheard of. You had to have experience to play and coaches – more old school – looked to the experienced player rather than the youthfulness and energy of young players.

SA: Speaking of young players breaking through, there are some in MLS, but with lenient foreign player restrictions, green-card holders, and the ability to sign affordable experienced foreign players, how confident are you about Austin FC’s first team integrating homegrown players?

CLAUDIO REYNA: I'm very confident because that's part of what we will believe in at the club. We just need to find a balance between having a very competitive first team and being able to infuse it with young talent. But they can't be gifted minutes. You have to earn it.

When foreign players come to our country to play, it raises the level. That's similar to any other league where clubs bring in international players to improve their club.

With international players, our young players see really good standards of professionalism day in, day out. The expectations that some of those players set is really important. You can’t underestimate the value of international players. They don’t just bring the goals and assists on the weekend but also the training habits that our young players look up to and admire.

International influence helps our young players become better professionals. We need to find the balance in Austin. That will be some time in the future because right now we only have U-13, U-14, U-15s, but I absolutely look forward to our first homegrown, local player running out for the first team. It’s what we want to be about as a club.