When the Bundesliga restarts this weekend behind closed doors, the wishes of Conservative UK politicians from the 1980s will at last be fulfilled. In an era of violence and stadium disasters, it was their policy to vilify the fans and, as far as possible, exclude them from attending games. Many on the political right wanted to ban away fans completely, while the government of Margaret Thatcher  tried to introduce an ID card scheme for supporters to use the power of the state to keep fans under control. The scheme was a failure. 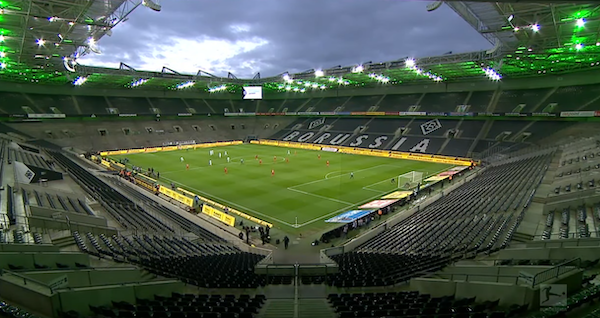 English soccer eventually found its own solution when the game became awash with TV money in the Premier League era. Stadiums were re-built, standing areas abolished, multiple CCTV cameras were installed, and the trouble-makers either grew too old to run from the police or they were priced out of the game. There was a cultural change too. People remembered that watching sport was supposed to be entertainment, not a running battle that put your own life at risk. U.S. sport and the North American Soccer League were a huge influence on the way that European soccer changed, in many ways for the better.

The price, though, has been an undoubted sanitization of the professional game, and the oft-cited chronic commercialism. The principal beneficiaries of the huge sums of money pumped in by broadcasters and sponsors have been the players and their agents, while oligarchs and dictators craving spurious respectability have smiled and waved from the stands. For the fan, going to soccer is no longer an incidental expense, but a major financial commitment -- the richer the game has become, the more fans have been bilked for tickets, flimsy merchandise and escalating TV subscriptions.

Marketing departments at teams and leagues across the continent have wrung tradition dry in the name of 'authenticity' -- something they wouldn't recognize if it was printed on a ball and it hit them in the face with the speed and accuracy of a Cristiano Ronaldo free kick. The history they cite has little or nothing to do with today's game. Or, at least, the glorified, star-led game it had become until the current pandemic paralyzed all sporting activity. There were plenty of voices warning soccer about the dangers of poor financial planning, but no one paid any attention to doom-mongers while times were high. During boom, the possibility of bust will always be played down, and even mocked. Just as many people don't think they will contract a virus that's going around the world. Until they do.

This is why the Bundesliga has been rushed into re-starting this weekend, and why Italy, Spain and England will be looking to follow. Despite the wealth of the European game, many of its clubs are run with such short-term financial incompetence that they have barely been able to survive a short break. All that cash is tied up in the contracts of sportsmen earning several times more than any individual human being could possibly need. This is not the fault of the players and their parasitic agents, who are merely exploiting a rotten system. It's the fault of poor administration that sets no salary cap, and insufficient legislation obliging clubs to invest for the long term in development, infrastructure and a sustainable economic framework to guard against bankruptcy the second there's an unforeseen circumstance.

Rather than a resumption of play that will risk the wealth of players, staff and media, the European leagues and their clubs from all levels, right down to the amateurs who have to watch every last cent in their meager budgets, should have sat down to plan the future. If players, agents, television companies and sponsors had been involved in those talks, so much the better. Right now, though, there's just some blather about how things might have to change once the pandemic has subsided. It reminds me of city-dwellers who've been marveling at the air quality due to the decrease in traffic. Yet now that offices are re-opening, they're all jumping back into their fossil-fueled cars.

Soccer, I suspect, will respond in much the same way. The minute Lionel Messi is jinking past defenders in a packed Camp Nou, the Return to Normality will be heralded with joy and the same old super-hype, while the casualties will be forgotten. In the meantime, though, we're having soccer thrust back upon our screens. Soccer without fans.

Thatcher once summoned sports journalists to 10 Downing Street to discuss solutions to the game's hooligan problem. How would it be if games were just played behind closed doors, she wanted to know. It was gently pointed out to her that there would be little reason to play at all if there were no fans in the stadium to watch, and the idea was quietly dropped. Now her warped vision of total control has unwittingly come to pass. Folks, tune in on Saturday morning for soccer's Year Zero, its ultimate philosophical vacuum -- games with absolutely no point at all.