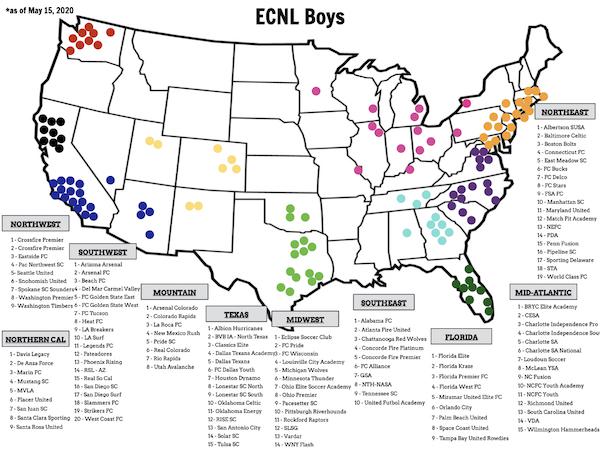 “We are extremely proud to be joining the ECNL Boys,” said Paul Bravo, De Anza Force Academy Director. “We believe this partnership will help us raise our standards across the club, while providing our membership with more high-level opportunities and exposure.  We are grateful to the leadership at ECNL for the opportunity and look forward to a successful, long-term relationship.”

Placer United, founded in 1982, is by Paul O’Brien. Santa Clara Sporting Club was founded in 1971. Its president is Luis Azevedo.