SA Movie Choice: 'The Damned United' -- the gripping tale of Brian Clough vs. Don Revie and the joust over British soccer style 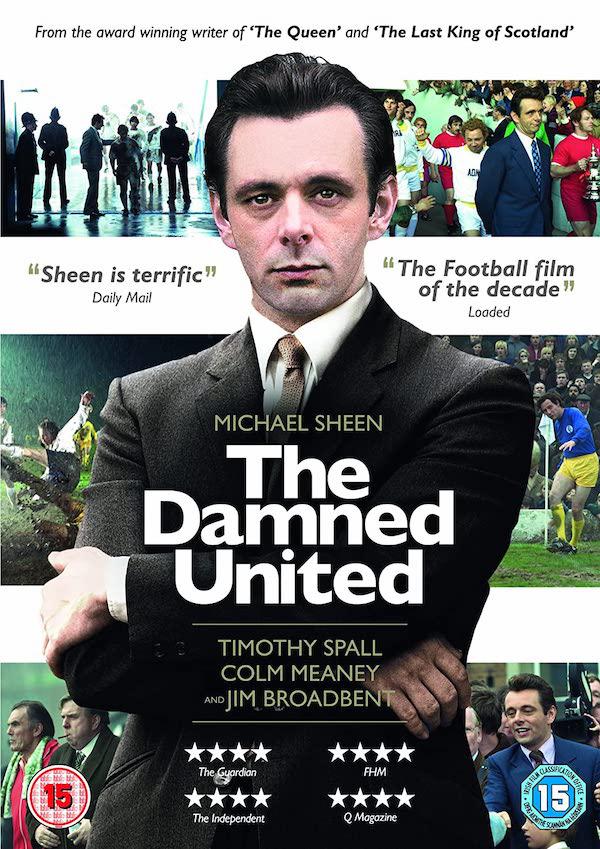 My dad took me to see The Damned United when it was released to theaters in 2009. I was 11 years old and thought the “United” referred to Manchester United — there couldn’t be more than one team with the word “United” in it, could there? Chalk it up to youth.

Well, I was utterly confused when the film focused on a Leeds United I had never heard of (an English third division team at the time). But I do remember being enthralled by the images of English soccer in the 1970s and the 44 days Brian Clough spent with Leeds United that director Tom Hooper has immortalized with this work.

Upon second viewing, the film I superficially enjoyed 10 years ago is really the gripping tale of a Cold War of sorts between two of England’s greatest managers who joust for authority over the direction, style and philosophy of the British game.

On one end stands Don Revie, the de facto king of English soccer who left his 13-year spell at Leeds for the England job in 1974 after a league-winning season. On the other stands usurper-to-be Clough, the young man who took a flailing Derby County team to a first division championship and a European Cup semifinal, making him the hottest commodity on the manager market.

When Leeds’ board grills Clough for a television interview where he disparages Revie’s players and tactics in the film’s outset, Clough responds: “Of course it’s just about me and Don. It always has been.” Cue the flashback ...

Both managers grew up on the same street in Middlesbrough and both played for Sunderland and England at center forward. In Clough’s eyes, the film argues, it was a perfect opportunity for a mentor/apprentice relationship for the ages. Clough describes the two of them as “two peas in a pod.”

But after Revie snubs Clough before a FA Cup match between Revie’s Leeds and Clough’s Derby in 1968, Clough’s admiration turns to disdain and the two are set on a collision course that reaches apotheosis in 1974.

The Damned then hops between the 1968 and 1974 timelines; in both, we see Clough at his best and worst. His legendary man-management is equaled by his notorious badmouthing of anyone or thing who doesn’t see it his way.

The film also inspects Clough’s relationship with longtime assistant Peter Taylor (played by a terrific Timothy Spall). Its conclusion is that neither is what they were without the other — an argument made easier by the film’s tendency to fudge the facts of reality. For example, the film implies that Clough reunited with Taylor straight after those 44 days at Leeds in September 1974.

It failed to mention, however, that the duo didn’t link back up at Nottingham Forest for another two years (and won two European Cups). SA readers who are also experts of 1970s English soccer will enjoy identifying the historical inaccuracies throughout the film.

The timelines eventually join and The Damned climaxes at that iconic Yorkshire TV interview between Clough and Revie, where the two managers perform an absurdly embellished version of the actual 1974 interview. Of course, it was this interview that led David Pierce to write the book The Damned Utd. from which the film takes inspiration.

After the spar on live TV and Revie’s failure with England, history is not kind to the Don. The film makes that much clear, hailing Clough as “The Greatest England Manager Who Never Was.”

Yes, the film stands up to the test of time, but more importantly: it offers an always timely reminder of what soccer used to look like — and the story of the man who tried to pioneer the English game into a wholly new aesthetic almost 50 years ago.

Best Quotes
“Football is a beautiful game,” says Clough. “It needs to be played beautifully.”

Clough, upon meeting Leeds’ board of directors: “I wouldn't say I was the best manager in the country. But I'm in the top one.”

Replies Leeds chairman Manny Cussins: “I hired you to do this job because I think you're the best young manager in this country.”

Replies Clough: “Thank you. I'm the best old one, too.”

Trivia
1. How many factual inaccuracies are there in the film?*

2. How many goals did Clough score during his playing career?**

How To Watch
Amazon

**251 goals in 274 games in a club career spanning nine years and two clubs, Middlesborough and Sunderland.

• SA goes to the movies: Documentaries, dramas and family/comedy