Das Restart: Something missing from Germany's Revierderby on Saturday 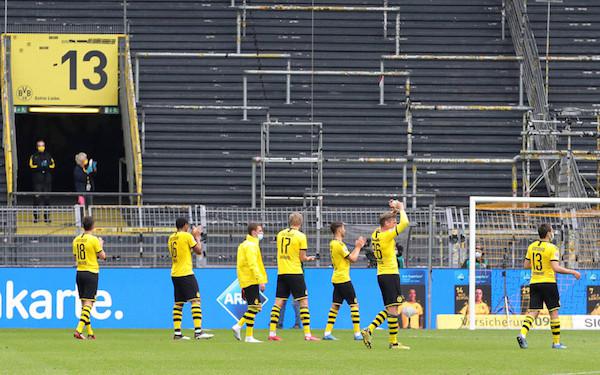 The 180th edition of the Revierderby -- the Ruhr Valley derby between Borussia Dortmund and Schalke 04 from nearby Gelsenkirchen -- was like none other.

Dortmund is the best supported club in the world, averaging 81,154 through its first 12 home games in 2019-20, but there were just 215 people inside the Westfalenstadion at kickoff -- 98 on the field and 117 in the stands -- each designated an arrival and departure time on the German league's hour-by-hour "dynamic planning of staff requirements" of who and how many could be at the game.

Outside the stadium were another 109 designated workers at kickoff -- security, TV and VAR technicians, groundskeepers waiting to get back in  -- but there were no fans and no vendors hawking Dortmund apparel or selling sausage and beer along the Strobelallee.

"It's a bit surreal," Borussia Dortmund CEO Hans-Joachim Watzke told Sky Germany before the game. "Over the last two hours, I got text messages from all over the world. They all wrote they'd be sitting at home and watching us play. But driving through the city, there was nothing."

Dortmund won, 4-0, handing Schalke 04 its worst defeat in the series since 1966, and its players celebrated by saluting the empty Yellow Wall, the famed south-end section of the Westfalenstadion that's normally packed with 25,000 fans.

But he admitted something was missing.

"There's no noise, you create a chance, you play a top pass, a goal and ... nothing," Favre said. "It's very, very weird. We miss our fans very much." 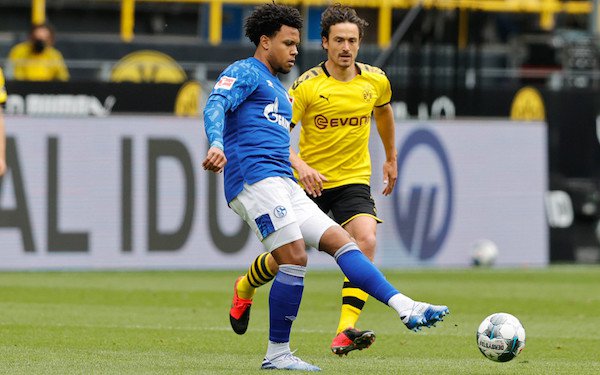 Whether it was the two-month layoff, the steps it took to get back on the field, including a seven-day quarantine, or the lack of fans, Favre said the game was completely different than usual.

"It's hard to judge how good the game was," he added. "I had the feeling that it wasn't as committed as planned."