Minnesota United's Ethan Finlay: 'We're going to try to do everything we can to play games this season' 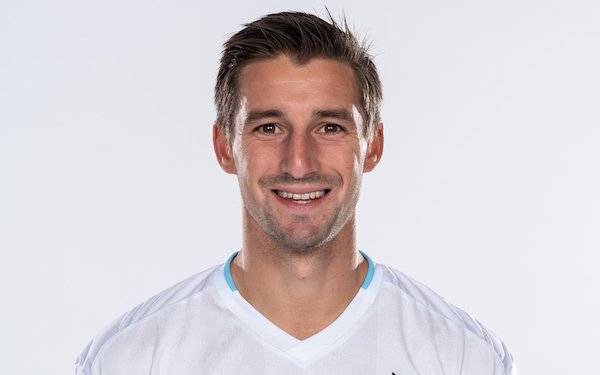 In his ninth MLS season, Minnesota United's Ethan Finlay recognizes that he has only so many years left as a pro.

MLS is in the early stages of a plan to bring all 26 teams to the ESPN Wide World of Sports Complex near Orlando. Players and staff would be quarantined for more than a month away from their families while the teams train and compete in a tournament format to be determined.

MLS is also negotiating on salary reductions and a yet-to-be-ratified collective bargaining agreement with the MLS Players Association whose executive board Finlay is a member of.

"Obviously, the players want to go back to play," he said on a video conference with the media on Thursday. "That's why you've seen such a great turnout with the individual sessions, not only Minnesota, but all around the league. We want to play. Right now, Orlando is in early stages and there's a lot of questions that haven't been answered for players. I know the league and all the partners are working hard to get those answers and to try to find a way for us to play some soccer in a safe environment."

"First and foremost, the health and safety of themselves and their families," he said. "And the second thing is making sure that the competition is worthwhile. We're going to be putting our bodies on the line and it's important, not only from a compensation standpoint but from a competitive standpoint, it makes sense. Those are really important to players."

Finlay says the players are trying to separate the restart conditions and labor issues but inevitably they are joined.

"It does make it difficult on players to be trying to make a decision on the economics of the game when we really don't know exactly what's going to happen from a playing standpoint," he said. "So we're trying to cover all bases. Players want to play."

Assuming that the MLSPA can come to terms with the league on all issues, Finlay is ready to play.

"I play this game to compete and to win," he said. "And if that means winning a practice or winning a game or winning a tournament down in Florida going through the coronavirus pandemic, then so be it. As a soccer player, we have a very short career and as time goes by, you lose years. I think most guys, if the scenario is right, if they feel safe and they feel like it's worthwhile and it's competitive, are going to want to get back to the field. My personal view is we're going to try to do everything we can to play games this season. And if that means having to go down to Florida and being quarantined and living there for 4-6 weeks, then I think I'd be willing to do so."