Indiana Vassilev inks new Aston Villa deal: 'It was a no-brainer for me' 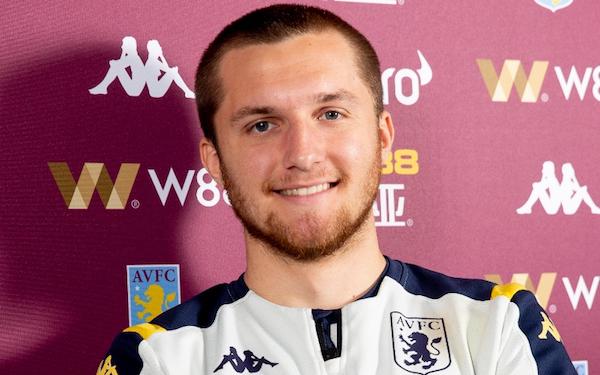 American teenager Indiana Vassilev, who debuted for Aston Villa in January, has agreed to a two-year contract with the English Premier League club.

Vassilev became the second youngest American to play in the Premier League after Jonathan Spector when he debuted for Aston Villa in its 1-1 draw with Brighton & Hove Albion at the Amex Stadium on Jan. 18.

“It was a no-brainer for me," Vassilev told the Aston Villa Web site. "This past year the club have supported me a lot and I’ve been able to break into the first team. Since I’ve done that, I’ve received a lot of support from staff and players. I’m really, really happy to have signed for another two years. I’ve got to keep working hard and hopefully the future will hold a lot of great things.”

Born and raised in Savannah, Georgia, to Bulgarian immigrants, Vassilev signed with Villa in 2018 after playing for the USA at the 2017 U-17 World Cup as one of three 2001 players on the team. He attended the IMG Academy in Bradenton, Florida, and U-17 residency in the same location.