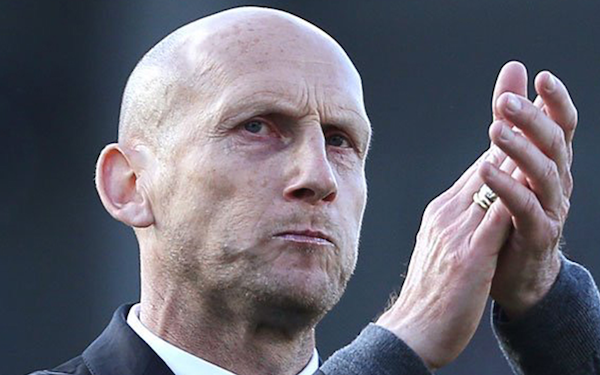 FC Cincinnati's first stab at bringing in a Dutch coach ended in disaster when Ron Jans was fired in preseason, after just six months on the job, following an investigation into a complaint filed by the MLS Players Association that he had "extremely inappropriate comments."

Nijkamp knows Stam, like he knew Jans. Both were coaches under him at PEC Zwolle, where he served as technical director for seven seasons. Stam spent half a season at PEC Zwolle in 2018-19, leaving with a year left on his contract to become the head coach at Feyenoord, where he lasted less than five months before resigning last October.

Stam's only other position as the head of a first team came at English League Championship club Reading. The Royals made the promotion playoffs in 2017, earning Stam a contract extension, but he was gone as manager by March 2018 with Reading on the edge of the relegation zone.

Stam's experience in guiding teams "through transitionary periods," as Nijkamp pointed to in the club release introducing the giant Dutchman, certainly makes him at home in Cincinnati.

Stam is FC Cincinnati's fourth coach in four-plus seasons, not including Frenchman Yoann Damet, who has already been interim coach twice.

John Harkes coached FC Cincinnati in its inaugural USL season in 2016 but was gone before the 2017 season started. Alan Koch served as head coach for the next two USL seasons but was fired as head coach after a 2-7-2 start to FC Cincinnati's first MLS campaign. A "series of recent issues and a team culture that had deteriorated" were cited as the reasons for the change.

Stam's hiring comes at a critical time for FC Cincinnati, which had the worst MLS record in 2019 with a 6-22-6 record and lost its first two games this season. It smashed all attendance records in the USL and was third in MLS in its first season with an average of 27,336 fans a game, but it is opening its new stadium in 2021 amid the worst economic climate since the Great Depression.

"I strongly believe that Jaap can lead us through our next phase, to our new stadium," said Nijkamp, "and help us achieve our goals in the future, making players better and bringing his knowledge and experience inside the club."

Just when Stam will be able to start work remains to be seen. FC Cincinnati players have resumed individual workouts in Ohio, but both Nijkamp and Stam are in the Netherlands and won't be able to return until the U.S. borders re-open for non-nationals. In Stam's case, he will also need to obtain a work visa.