Dispatch from Germany: 'The world is watching and waiting to see if we pull through' says the Bundesliga chief

“We’re still a long way from finding out if Corona will turn out to be the winner,” German soccer league (DFL) chairman Christian Seifert has conceded in an interview with the daily Süddeutsche Zeitung. Nonetheless, he outlined a staunch defense of the Bundesliga’s pioneering attempt to complete its 2019-20 season before the end of June. “I’ve had messages from sporting bodies around the world,” he said. “And most of them have been saying, ‘If you don’t pull this off, then all of us are going to be waiting a very, very long time before we play again.'" 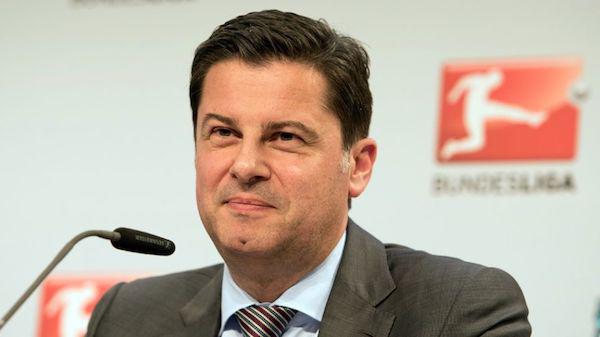 The 51-year-old Seifert has been the thoughtful, articulate face of the Bundesliga’s early comeback, yet has never wavered in his conviction that playing soccer is compatible with the concurrent pandemic. While critics (this columnist included) have decried the rush to play professional sport at a time of international crisis, and bemoaned the playing of games behind closed doors, Seifert has merely been doing his job in looking after the interests of the 36 clubs he represents in the top two German divisions.

The DFL chief said that he doesn’t object to criticisms based on fact, but that “the constant and partially populist-motivated rejection” of the re-start caused a downturn in public opinion against the league. “But the fact is, at the moment there are fewer than 900 new Covid-19 infections per day and right now less than 15,000 cases overall in a country of 80 million people.” Furthermore, the league had presented a medical plan examined and approved by three government ministries, while receiving the go-ahead from Chancellor Angela Merkel and each one of the country’s 16 states.

“If we hadn’t started with a basis like that, when should we have started?” Seifert asked. “Should we have waited until there were zero infections? For a vaccine? Or for more favorable numbers in the public opinion polls? I’d like to have heard an answer to these questions from all those who’ve said that starting now was indefensible. I’m not saying that our plan is necessarily the best one – but I’ve yet to hear a single person offer up an alternative. That 36 small and medium-sized businesses are attempting a comeback without any government financial aid - for me, there are worse signals in Germany in 2020.”

Seifert also took issue with the reproach that soccer has been the beneficiary of a privileged status in Germany. “If soccer really was privileged, then the stadiums would now be full,” he said. “All we’ve done is to start in emergency mode and tried to serve as an example. Sporting disciplines and businesses around the world are letting us know that they want to orient themselves towards our methods.”

The first weekend of soccer had shown that society’s attitude toward the game had not suffered as much as many had wanted to believe, Seifert went on. “Despite the prophecies of doom, many people were happy that soccer’s being played again, that they can watch and take part in the office betting pool, even if their offices are still closed. The weekend served to prove: Soccer means a great deal to very many people in Germany.” 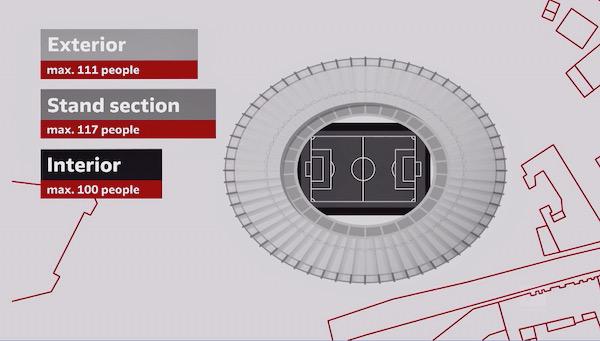 Forecasts of fans gathering in large numbers outside stadiums or to watch games or on TV had also turned out to be erroneous and alarmist, said Seifert. “Fans behaved the way that you have to behave in these times,” he said. Substitutes sitting far apart from each other in the stands wearing masks, and interviews conducted with extended microphones had made him proud that “in spite of all our differences, the whole system of professional soccer has shown itself capable of a communal understanding.”

This unity was reflected in the agreement among all 36 clubs to play the season until its end, unlike in the English Premier League, where the bottom six clubs had argued for canceling the season. “You get the impression,” noted Seifert, pointing toward similar stances from clubs placed lower in the German third division (run by the DFB, the German federation, not the DFL) “that depending where you are in the table, the more suddenly you’ll discover morality.” It would be unacceptable to play without relegation, for example, but still expect TV companies and sponsors to pay for what would effectively be a wooden spoon competition. “That would be really reprehensible, and would be cheating the fans too.”

Asked about Bayern Munich forward Thomas Müller’s observation that Sunday’s game against Union Berlin had been like “playing for the Over 35s under floodlights after work,” Seifert countered that looking at the statistics from the weekend’s games, the intensity of play was “close to the Bundesliga that we had before. But it can only be a substitute until we can finally play again in front of packed stands – and, from my point of view, also see banners cursing the DFL, because that’s also part of our soccer culture.”

germany
3 comments about "Dispatch from Germany: 'The world is watching and waiting to see if we pull through' says the Bundesliga chief".
Read more comments >
Next story loading