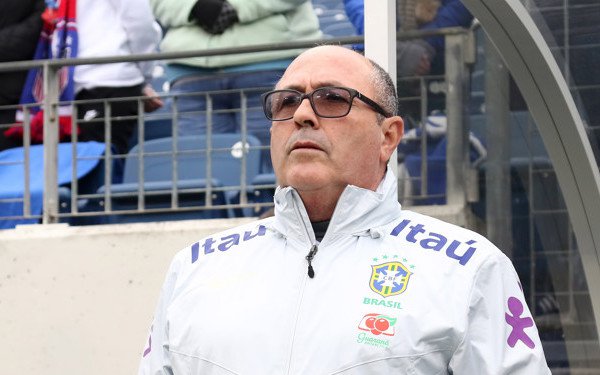 Vadao, who coached Brazil at the last two Women's World Cups, died on Monday at the age of 63.

Vadao, who suffered from liver cancer, coached Brazil at the 2015 Women's World Cup in Canada, where it fell to Australia in the round of 16 after winning all three groups by shutout, and at the 2016 Olympics, where the hosts fell to Canada in the bronze-medal game.

Vadao was replaced by Emily Lima, the first woman to coach the Brazil women's national team, only to return in September 2017 after Lima was fired. He again took Brazil to the round of 16 at the 2019 Women's World Cup, where it fell to host France after taking the Bleues to overtime.

Vadao became a women's coach late in a 30-year coaching career that included 26 men's coaching jobs in Brazil and Japan. They included five stints at Guarani, four at Ponte Preta and three at Atletico Paranaense.

His death prompted an outpouring of testimonials from both women's and men's stars.

Marta:
"I don't know any human being like you, you knew how to live your life in a dignified and honest way. I am so proud to have lived wonderful moments by your side and to have had the opportunity to learn a lot from you. Thank you for everything and rest in peace!"

Cristiane:
"There are people who come into our lives in a way that we don’t always expect, people who, in such a short time, become our family. You were an unbelievably kind person, with an gigantic heart."

Kaka:
"I’m eternally grateful to you for opening the doors to a kid that nobody knew and few believed in. But you had belief, taught me, gave me opportunities for me to fly. It’s a really sad day, but the memories in my heart are of great joy."

Luis Fabiano:
"He knew me from Ponte and was one of those responsible for betting on me when I was still young. I will be forever grateful."