Germany's Game of the Year: Der Klassiker, Bayern vs. Dortmund 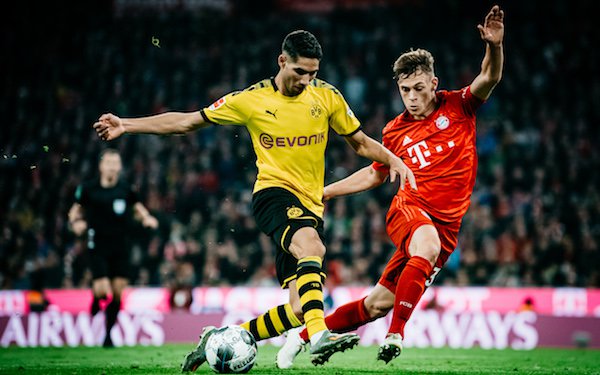 Just a couple of hundred of people, all essential workers in one form or another, will be allowed inside the crowd-free Westfalenstadion on Tuesday for German soccer's game of the year.

It's Der Klassiker, Bayern Munich vs. Borussia Dortmund. Bayern has won the last seven Bundesliga titles, but it will have to hold off a challenge from Dortmund if it wants to win an eighth straight championship.

Dortmund has won six straight games and nine of 10 since the winter break. Bayern has done even better, winning nine of 10 games with a 0-0 tie with RB Leipzig in its other match to give it a four-point lead with seven games to play.

Here are three storylines for the 102nd Klassiker:

1. Lewandowski vs. Haaland. Erling Haaland, the 19-year-old Norwegian, has taken the Bundesliga by storm with 10 goals in 10 games since arriving from Austria's Red Bull Salzburg at the winter break.

This will be the first Klassiker for Haaland, who is inevitably being compared to Bayern star Robert Lewandowski, who has scored 27 goals in 25 games this season to lead the Bundesliga.

"It is [Haaland's] first season," said Bayern coach Hansi Flick, "so comparing him now is too early. Robert has always been at a world-class level in recent years. But Haaland is a huge talent. He is a young player, but he has a huge pull towards the goal. He just wants to finish."

2. The 'Phonzie' show. The Bayern season turned around, as it often has, with a coaching change. In November, Flick replaced Niko Kovac as head coach, first as a caretaker and then on a permanent basis.

Much has been made of Thomas Mueller's new life under Flick -- seven goals and 13 assists since the coaching change -- but another key to Bayern's success has been the emergence of 19-year-old Alphonso Davies, the only player who has started all 17 Bundesliga games since Flick took charge.

In his first full season since being transferred from the Vancouver Whitecaps, "Phonzie" has been a terror on the left side, as he showed with a goal and an assist in Bayern's 5-2 win against Eintracht Frankfurt on Saturday. 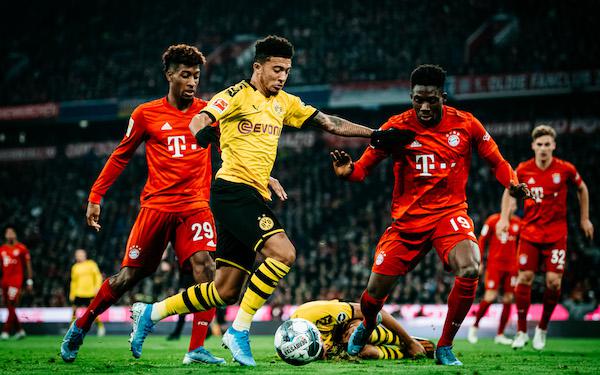 3. Not the same Dortmund team. When the teams met in November, Bayern handed Dortmund a 4-0 defeat that dropped it from second to sixth in the Bundesliga standings. At the winter break, it was fourth, seven points behind fall champion Leipzig and five behind second-place Borussia Moenchengladbach.

There are several reasons for the Dortmund turnaround in the second half of the season. New players were brought in: notably Haaland from Salzburg and central midfielder Emre Can on loan from Juventus. Even 17-year-old Gio Reyna, who was promoted from the U-19s, has provided valuable minutes off the bench for a team that has battled injuries.

The other factor was a change of formation made by Swiss coach Lucien Favre to a 3-4-3 from a 4-2-3-1 that he discarded after the Bayern loss. It helped settle Dortmund's notoriously shaky defense and improved its wing play. “We’re better,” Favre says. “We’re playing with another system that’s better for our squad."