Five things to know about ... Frauen-Bundesliga 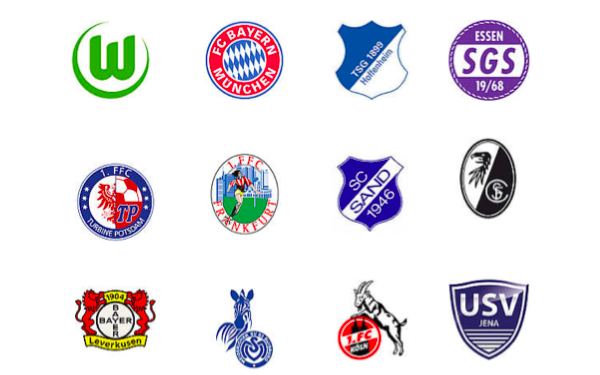 1. Germany is the first major European women's country that restarted league play. The top women's leagues in England, France and Spain ended prematurely. France's Division I Féminine was the only league closed by government order. A plan for the relaunch of the Frauen-Bundesliga was confirmed on May 20, four days after the two top men's pro leagues resumed play, and approved by the DFB on May 25.

2. A solidarity fund distributed by the DFL aided in the return. The four 2019-20 UEFA Champions League participants -- Bayern Munich, Borussia Dortmund, Bayer Leverkusen and RB Leipzig -- chipped in €7.5 million ($8.3 million) to aid the clubs in the 3. Liga (all but Bayern Munich II) and Frauen-Bundesliga (six of 12 teams) not operated by clubs currently in the top two men's divisions. Siegfried Dietrich, who chairs the DFB committee on the women’s national leagues, termed the fund "essential" to the Frauen-Bundesliga's restart. “The restart is a historic moment as we are the first professional women’s league in Europe to return to playing," he said.

3. German soccer hasn't gotten the bump other European leagues enjoyed. Five English clubs (Tottenham, Chelsea, Manchester City, West Ham United and Liverpool) and one French club (Lyon) boosted average attendance to more than 4,000 a game in the aftermath of the popularity of the 2019 Women's World Cup. but Wolfsburg leads the Frauen-Bundesliga with an average of only 1,935 fans a game. Seven of the 12 German teams average less than 1,000 fans a game.

4. Wolfsburg is the 2019-20 runaway leader. The three-time defending champion has 15 wins and one tie to open up an eight-point lead on Bayern Munich after 16 games. Wolfsburg is on course to setting a league mark for the best record in a season. The lone draw was a 1-1 tie at home against Bayern Munich before a season-high 3,245 fans in November. The return match in Munich is on June 21, the next-to-last matchday.

5. The lone American is keeper Bryane Heaberlin. The Frauen-Bundesliga used to be a popular destination for Americans. No more. The 25-year-old Floridian has started every game this season for FFC Frankfurt. Heaberlin was the starting goalkeeper on the 2012 U.S. U-20 Women's World Cup team that won the world championship in Japan, beating Germany, 1-0, in the final. She is in her fifth season the Frauen-Bundesliga. She started out at Turbine Potsdam before moving to FFC Frankfurt, where she has been the starter since arriving in 2017.