Rising U.S. star Naomi Girma on prepping for postponed U-20 World Cup, virtual team-building, and falling in love with soccer with a free-play start

As a young girl, being inside the house didn’t stop Naomi Girma  from playing soccer. She and her older brother, Nathaniel, kicked around frequently in the living room. 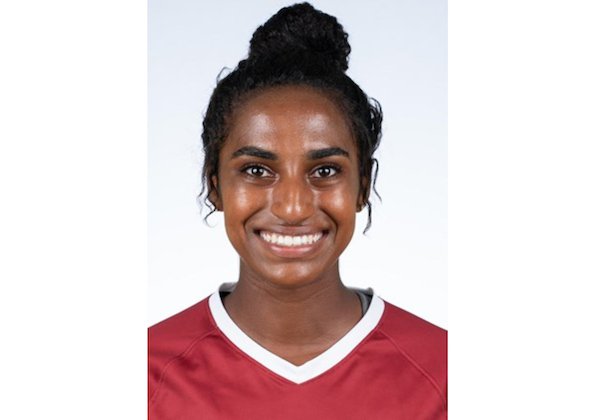 The next milestone on the horizon was supposed to be this summer’s U-20 World Cup – ahead of Stanford’s quest to defend its NCAA title during her junior year.

Then came the pandemic and Girma found herself off campus, working out in the San Jose house she grew up in. She turned the garage into her workout area, not so much because she recalls her parents’ disapproval of living room play, but because there’s more space. The garage workouts have replaced attending U-20 training camps, getting ready for the World Cup that had been scheduled for August co-hosted by Costa Rica and Panama.

Four days before Girma helped the USA beat Mexico, 4-1, in the U-20 Concacaf final on March 8 in the Dominican Republic, California Governor Gavin Newsom declared a state of emergency because of the coronavirus. Stanford's county of Santa Clara had been one of the first in the USA to discover COVID-19 cases and the Bay Area was the nation’s first region to shelter in place, just days after Girma returned from the qualifying tournament. 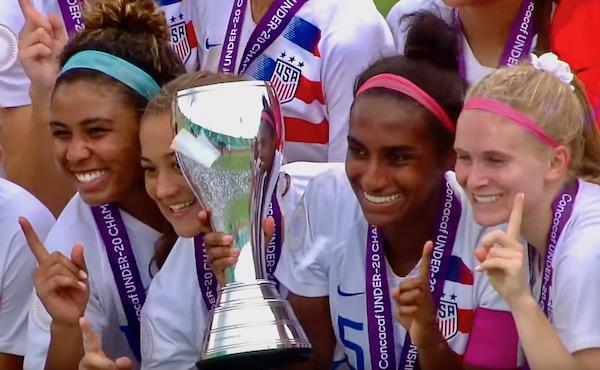 “It felt unreal,” says Girma. “It was sad because some of my college friends had already left Stanford, so I haven’t seen them. It was weird to have everything stopped all of a sudden. Especially because we were looking forward to camps to prepare for the World Cup.”

FIFA announced the tournament’s cancellation on April 3. More than a month passed before FIFA announced plans to play the U-20 Women’s World Cup in January of 2021 – for which 2000-born players such as Girma will remain eligible for. (The U-20 roster for qualifying also included Stanford teammates Sierra Enge, Kennedy Wesley and Sophia Smith.)

“I’m thankful we have a date confirmed for the World Cup,” Girma says. “My attitude right now is to be ready when it comes, the same with the college season that we hope we’ll have. We’re keeping our fingers crossed. If we can’t start the college season, it will be sad, but I know it's for our health.”

If all goes well, January’s tournament will mark her third world championship. At her first two, she was among the youngest players on the roster. Her career has been on a fast track ever since she emerged from playing pickup style soccer with Bay Area Ethiopian community -- and playing lots with her brother. 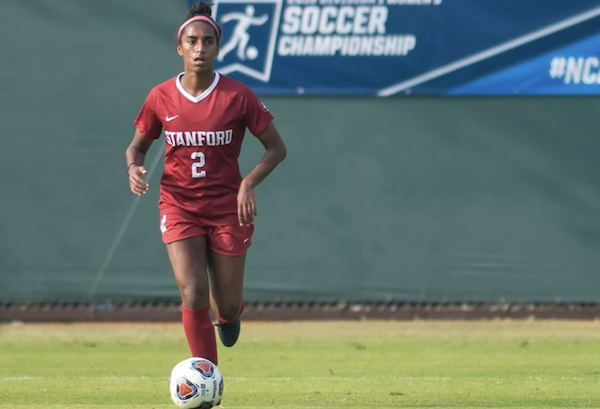 Naomi's father Girma Aweke, while in his teens, and her mother, Seble Demissie, for college, emigrated from Ethiopia and met in Northern California, where Naomi was born. She grew up speaking Amharic and English at home.

My first soccer experience came when I was 4 or 5. My dad and his friends started this thing called Maleda Soccer. It was a way to get people in San Jose and the Bay Area Ethiopian community together every Saturday to go play at the park. I thought it was the best thing ever -- to go play soccer and to play on the playground afterward. I started going when my brother, who's two years older, started going. It was just a free-for-all, splitting up the little, medium and big kids -- and scrimmaging. It was an environment where I could do what I wanted. There was no pressure. It was for fun. It was the start of me loving soccer and I think that was because of that free environment. I enjoyed it so much.

I didn't join an actual league until I was about 8 or 9, when one of my friends happened to tell me about it and tell my parents about it. Before that. I had no idea what the soccer world was in America and how big it was. YMCA basketball was my first official team, because I wanted to do what my brother did. I also did gymnastics for about five years. Around middle school was when I decided soccer was what I really wanted to do.

Girma played for the USA at the U-17 World Cup in Jordan in 2016 under coach B.J. Snow and the 2018 U-20 World Cup in France under Coach Jitka Klimkova. Her path to the national team started with ...

My club coach at Central Valley Crossfire, Bob Joyce, encouraged all of us to go to ODP. I didn't know how I would compare to ECNL players because I had never been exposed to that. I wasn't the most confident, but I ended up doing well at the ODP events and then made the regional team. From there, I went to my first U-14 national team camp, which was really exciting to get called in to. Then I went to a 16s camp and from then on I was playing up with the 17s. After the U-17 World Cup, I got called in for the 19s and they asked me to stay for the following week with the U-20s, which was really cool.

She joined the DeAnza Force/California Thorns at age 16 and also captained her Pioneer High School team. For the national teams, she plays at central defense, as she does for Stanford. She was the 2019 defensive MVP at the College Cup, where she converted her spot kick in the shootout victory over North Carolina, and Pac-12 Defensive Player of the Year.

I played center midfield my whole club career and with the national team and in college started playing center back. Coming from the midfield helped my vision and playing out of the back, penetrating and getting forward into the opponent's space. I took all the qualities from midfield to central defense, and of course had to improve my defending. 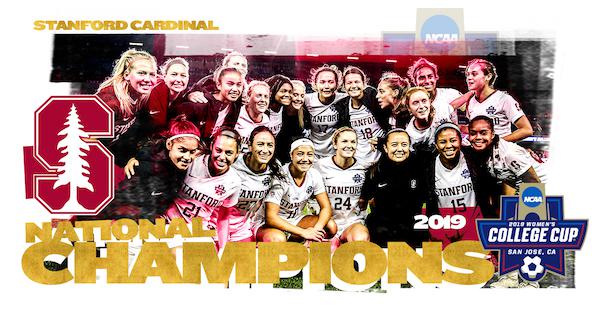 The key to Stanford's championship season ...

The chemistry. We could move the ball how we wanted and were always moving for each other. A big thing was also the chemistry off the field. It really clicked, in the preseason and throughout the season. That helps a lot.

For sure, but I'm focusing on Stanford right now.

We went when I was in middle school and it was a really good experience. We went to both my parents' houses and we went to many, many more houses of family and friends. It was really cool. Everyone was so excited and happy to see us. I want to go again now that I'm older.

Teamwork during shelter in place ...

We have a packet that lays out stuff for every day. The most important thing is staying in touch with the team and making sure we're still connected for when we come back and hopefully play for another national championship. We've been having virtual meetings with the coaches, and players-only virtual meetings where we do fun things, hanging out, just like we would at school. We've been staying connected but also keeping each other accountable for workouts.

Luckily for me, I had people guide me in the right direction. But if you don't know where you can find the next opportunity, don't be afraid to ask. There usually is another level of opportunity that you might not know about.