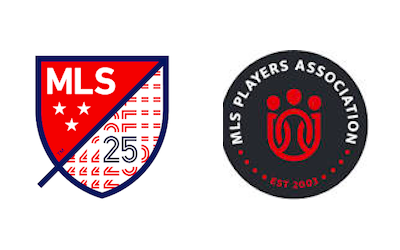 -- The terms by which play can go ahead in a shortened 2020 season;
-- The conditions for a 26-team tournament to begin in late June at a Disney-owned complex near Orlando; but also
-- A reworked collective bargaining agreement covering the remains years of the agreement.

But we will likely know in the next 24-36 hours if the parties have an agreement or if the league will have its first lockout.

On Sunday, the MLSPA said its members voted  to approve a package of concessions for the 2020 season halted after two games because of the COVID-19 pandemic, in terms of salaries and bonuses across the player pool as well as terms for the remainder of the five years of the new collective bargaining agreement that would take it through the 2024 MLS season.

"The package has been formally submitted to the league for a decision by the owners," the MLSPA said in its statement. “While a difficult vote in incredibly challenging times, it was taken collectively to ensure that players can return to competition as soon as they are safely able to do so.”

Statement on the status of negotiations: pic.twitter.com/DesCGu9ymL

But ESPN analyst Herculez Gomez tweeted later in the evening that MLS had given the players until Tuesday to accept the terms of its most recent proposal and would lock the players out if they did not accept MLS's proposal.

I’m hearing @MLS has given @MLSPA till Tuesday noon to accept their final proposal. If they refuse the players would be locked out.

I reached out to a high ranking official within the league who respectfully declined to comment.


MLS has never had a strike or lock-out in its 25 years. MLS and the MLSPA reached a tentative agreement on a new collective bargaining agreement to begin with the 2020 season and run through January 2025, replacing the agreement reached in 2015 that expired on Jan. 31, 2020. But the agreement was never ratified before the pandemic hit.

The implications of the pandemic -- no fans allowed in the stands for period of time still to be determined -- and economic fallout won't just impact 2020 but 2021 for sure, painting a financial picture are different from what the league and players were looking at when they quickly came to an agreement earlier in the year.

Unlike other major U.S. leagues and Europe's big five leagues, MLS is particularly vulnerable because it doesn't have a lucrative national television contract, forcing clubs to rely on game-day revenue for most of their income.

MLS has not had a force majeure clause in its collective bargaining agreement with the MLSPA or the standard player contract players sign with the league.

Such a clause exists in the NBA's CBA and in the standard player contracts MLB and NHL players sign. In the NBA's case, it allows NBA teams to reduce the payments they make to players based on the number of games canceled in the event of a pandemic. Such an event allows MLB and the NHL to suspend the contracts their teams have with players.