Sure, we often talk about the creativity, self-expression, even the “poetry” of soccer. But America Scores took those ideas literally.

The organization offers both soccer and creative expression after-school programs for children in underserved communities. In 20 years, they’ve grown from three locations in the San Francisco Bay Area to more than 90 elementary and middle schools. This year, they reached over 2,300 children.

America Scores is part of a loose national network. Thirteen affiliates across the country provide programs for 14,000 youngsters.

Soccer is the carrot for the poetry stick, says Jon Denholtz. A former captain at Wesleyan University, he was an education technology consultant when he first volunteered as an America Scores coach. Fascinated by its mission, he helped CEO Colin Schmidt on the business side. Today, Denholtz chairs the Bay Area group.

It’s not as easy to quantify social and emotional growth. But youngsters “feel empowered. They take control of their own lives. They believe they can make a difference,” Denholtz says. America Scores gives voice to kids, on and off the field. They play soccer three days a week (with Saturday games that draw enthusiastic family crowds). The other two weekdays are spent writing poems, and working on other forms of creative expression. Putting words to feelings helps boys and girls figure out what’s going on in their own lives, Denholtz explains. They write about the joy of scoring, and the camaraderie of their teams. But they also describe broken homes, neighborhood violence, and the fear of an ICE raid sending them out of the only country they’ve known. 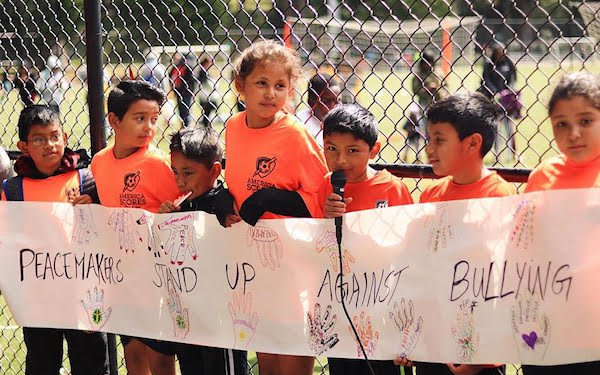 Whether writing or playing, the principles are the same, Denholtz says: “communication, collaboration, expression.”

But when the coronavirus epidemic struck in mid-March, America Scores had to reinvent itself. With its young player-poets isolated at home, organizers built online channels so coaches could remain connected. They delivered fitness and skill drills, virtual “practices” and inspirational messages via Zoom. They also designed poetry lessons, and provided links to learning portals. America Scores helped obtain Chromebooks for children who did not have them. Across the country, many soccer organizations made similar efforts (without the poetry element).

But – faced with a sudden halt to marketing and fundraising – America Scores realized they had to do more. The bulk of the $2.5 million annual budget comes from corporate, foundation and individual donations. Much of that was in jeopardy.

Leaders saw a chance to build their web presence, in a way that aligned with their holistic, child-centered, educational mission.

Working with a colleague who built an “online summit” for basketball coaches, Denholtz and others spent a weekend developing a platform for a Soccer Summit. He and his staff called their contacts in the soccer world.

“Friends of friends” helped them reach out to the biggest names in the game. Anson Dorrance signed on. Bob Bradley said “sure.” So did Bruce Arena, Mike Noonan, Sasho Cirovski, Kyle Martino, Kristine Lilly, and dozens of other coaches, players, former players, journalists and administrators. The two-week April Summit snowballed to over 150 speakers and presentations. Presenters loved the concept of coaches giving back to other coaches, and supporting free access to high-quality soccer programs for underserved youth. (They also were hungry to connect with colleagues, from the comfort of home.)

As quickly as the coronavirus had shut down America, America Scores opened its new portal. Topics were broad and varied: ball control, career development, training, goalkeeping, leadership, sports psychology, team culture, urban soccer, wellness and more. Some were geared to college coaches; others to professionals, high school and youth coaches.

Over 10,000 coaches from 80 countries tuned in. There was no charge for the live webinars. But America Scores raised tens of thousands of dollars by selling access to the archive of session replays. Though organized by the Bay Area group, funds were split with all national affiliates. 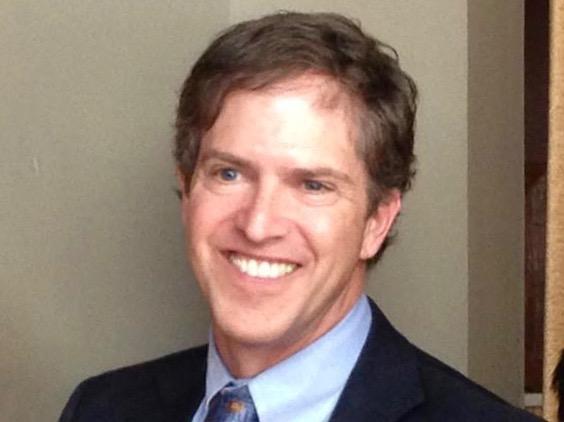 Denholtz called the Summit “magical. Listening to the sessions, I was so inspired by everyone – not just as soccer coaches, but as educators and communicators. It made me realize how many coaches want to develop healthy human beings with grit and joy, and who have success during and long after the game.”

America Scores followed the April event with two shorter ones in May and June. Most of the presenters in May spoke Spanish. More one- and two-day events are planned for this summer. The pandemic presented a unique opportunity for a unique organization to pivot, build partnerships, and hopefully expand.

“We have 2,300 kids involved here now,” Denholtz says. “But everyone knows, the need is much greater.”

High goals indeed. But as the poet Robert Browning said, “a man’s reach should exceed his grasp.”