In the intercollegiate club soccer world, teams are student-run, funds are minimal, scholarships are in absentia, and the stakes are relatively low. What there is an abundance of is fun. 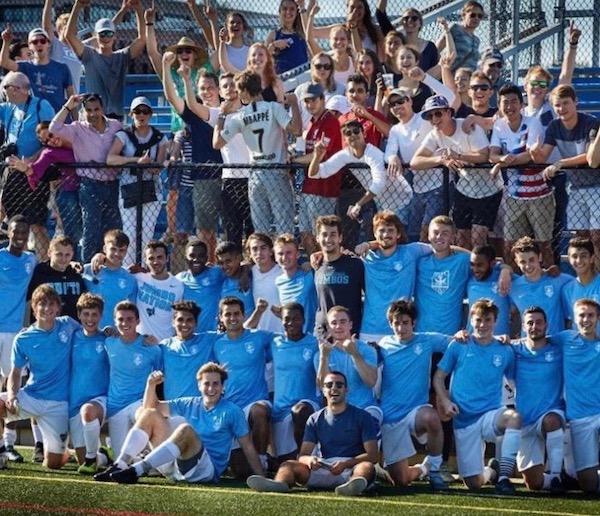 Many high schoolers don’t know what college club soccer is when they enroll in a university. Freshmen who explore their campuses in those orienteering days of early fall often hear about tryouts through word of mouth or through Facebook pages. And the club soccer universe they encounter — if they make the team, of course — often becomes the bedrock of their collegiate experience.

College club soccer teams are university-sanctioned teams that compete against other colleges on a regional and national level; they are the bridge between intramural sports and varsity athletics. Todd Heil, coach of the women's club team at UC Santa Barbara, has won eight national championships since he started coaching the program in 2000.

“For me, it’s about the relationships that we build,” Heil says. “Many of our athletes come into our school knowing no one, and they leave with like 16 best friends. At the end of the day, I love who we are and the national championships that we’ve won, but I wouldn’t trade the friendships our girls have made for any of them. The relationships are priceless.”

It’s a sentiment shared across the nationwide community of college club soccer teams — one that has grown tremendously over the last 25 years. NIRSA, the sports’ governing body, held the first national championship in 1994, drawing 15 teams and around 300 male and female players. UC Santa Barbara was one of the first West Coast teams amid a landscape that featured mostly East Coast and mid-Atlantic teams.

“Back in the day, you didn’t have weekly rankings from NIRSA,” says Heil, who also coaches the boys team for more than two decades at Santa Barbara High School, where he teaches social science and history teacher. “We didn’t have regionals. There were about six club teams on the West Coast and NIRSA picked three to go to nationals.” 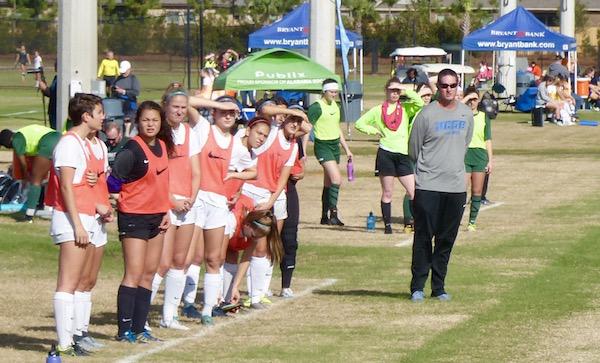 Fast forward 20 years. More than 2,000 players poured in from around the country to Round Rock, Texas, to compete in the men's and women's national championships and the open divisions. There are over 230 men and women’s club teams in Region 1 — which includes all schools east of Ohio and north of West Virginia — alone.

The qualification process for the national championships includes a 10-game fall season and at least a third-place finish at a regional tournament (there are six regions across the continent). The rise in teams speaks to college club soccer’s appealing environment — as well the residual effects of youth soccer’s explosion in the 1980s and 90s.

“Once you get the ball rolling, once a couple schools get a program, other people go, ‘Oh wow, I would love to have that opportunity as well at my university,” Heil says. “So, it has a domino effect. You would be hard pressed today to find a school that didn’t have a club soccer program.”

One reason for the growth is that so many girls and boys who leave the soccer landscape of their childhood with years of extensive experience in the sport. And many are not ready to give up competitive soccer. But opportunities in NCAA soccer are limited and even if students are good enough they may prefer a less stringent commitment to sports.

Varsity soccer enforces a rigid lifestyle where balancing academic freedom, a social life, extracurricular activities, and a healthy sleep schedule is challenging. On the other side of the spectrum, the lack of competition, organization, and sportsmanship that define intramural sports makes experienced soccer players look elsewhere for the beautiful game. Put simply, club soccer is the Goldilocks of the collegiate soccer landscape – just the right amount.

The student-run club teams operate largely outside of the purview of athletic departments. Students schedule their games, design their own jerseys, fund their own travel, and designate team traditions that are passed down year after year.

“I may be the coach, but when it comes to the administrative stuff, that’s really on the girls,” Heil says. “That they’re at their events, that they’re participating in philanthropy, that they’re doing their fundraising, that’s 100% the girls. It’s really a partnership between the two of us; I’m taking care of the soccer stuff, and they take care of the rest.”

NIRSA, the sport’s governing body, has few guidelines on how to run a team: it helps students start teams at their school, and that’s about it. Instead, NIRSA focuses its resources on the regional and national infrastructure by which club teams can compete.

Teams used to wait for emails from NIRSA to see if they had qualified for nationals. Now, NIRSA officials perform a livestream draw, World Cup style. But it’s NIRSA’s hands-off approach that has made club soccer so appealing to so many students.

“Club soccer is interesting because it requires college students to take on a lot of the behind-the-scenes organizing,” Andrew Bracken, a captain for Tufts University’s club team. “NIRSA does a great job at forming the leagues and setting up club leaders with clear guidelines. But at the same time, all members must take on more responsibility and care for the team to ensure that a season can be played successfully.”

The Ohio State women and BYU men both repeated as NIRSA college club national champions in 2019.

The flexibility NIRSA affords its participating teams means that no club soccer team is the same. The diversity adds to the fun: ideas bounce around regions and schools adopt them as they see fit. Some schools have professionally trained coaches. Some don’t. Teams at smaller schools usually work closely with their athletic departments to create the experience they want to have. Teams at larger schools often operate more independently.

“For teams that don’t have a coach, that student leadership group is a lot more responsible in the sense of taking care of the team top to bottom,” Heil says. “Game management, travel, player management, scheduling, all of that.”

What is consistent is that talent abounds in collegiate club soccer. Alan Merrick, who during his 25-year pro career in England and the USA played against Pele with teammates such as Steve Highway, Ace Ntsoelengoe and Wim Suurbier, has coached college club soccer at the University of Minnesota since 1999. 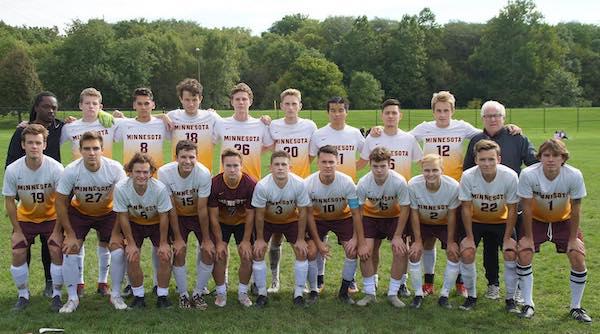 The University of Minnesota launched its women's D1 program in 1993 but the Title IX scale prevented the start of a varsity men's team -- and there's no men’s NCAA D1 program in the entire state.

"It's unfortunate because we have a great talent pool in Minnesota," Merrick says. "We have players who had options to play NCAA soccer but wanted to attend the Carlson School of Business, for example. NCAA programs probably have four or five players who give them the edge, but otherwise it would be great competition. It's the depth that makes the difference."

In fact, scores of major colleges don’t have men's NCAA Division I soccer teams. There are more than 330 D1 women’s soccer programs and only 200 on the men’s side.

While the number of club programs have increased over the years, Merrick and Heil’s teams are among the oldest programs. And their history shows: Heil’s alumni games draw middle-aged women who still hold their club soccer experience near and dear.

“When we get the old-timers coming back, women who played in the early 2000s, they’ll go, ‘Uh oh, I don’t know if I can play, but I won’t miss out on a chance to hang out in Isla Vista with everyone.’”

The rise of club soccer has even led to the creation of multiple teams at one school. Some schools’ soccer ecosystems are healthy enough to sustain two whole rosters. At Bracken’s Tufts University, where I also play, the club teams usually expect 150 students to try out every year. That’s for a school with an undergraduate population of 6,500. Many other schools across the country field two teams as well.

Its local, regionalized approach – teams aren’t bound to conference play geared for college football and basketball programs -- allows for flexibility that could smooth the return-to-play path from the pandemic restrictions.

“Every September that rolls around, I’m so excited for the fall season,” Heil says. “What college club soccer gives is not only an opportunity to compete at a high level but to make lifelong friends. And you don’t see that every day.”