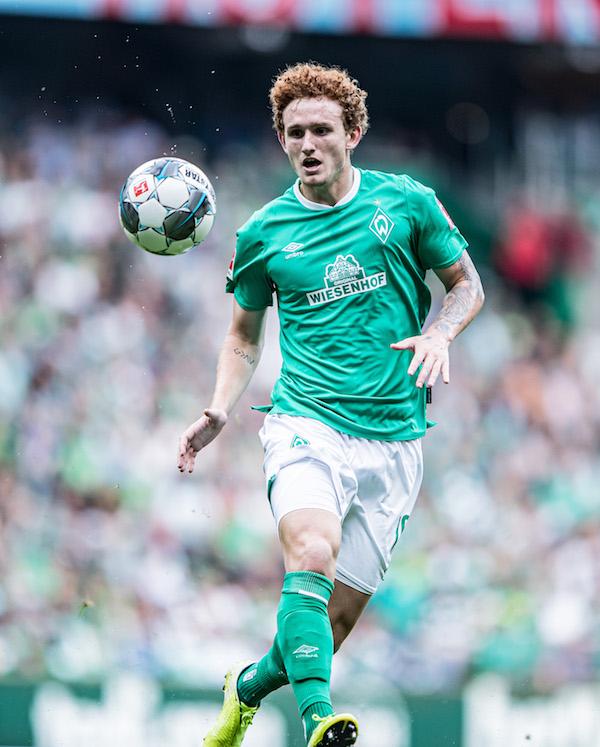 Since scoring with his first touch of the ball in the Bundesliga in December 2018, Josh Sargent has experienced a frustrating two seasons with Werder Bremen in Germany's top flight.

Sargent, who turned 20 in February, has scored five goals in 34 Bundesliga games, but he faces the prospect of dropping down to the German second division with Werder Bremen.

Werder Bremen sits in 17th place in the 18-team Bundesliga ahead of Saturday's game at last-place Paderborn. Bremen is three points behind 16th-place Fortuna Dusseldorf and six behind 15th-place Mainz with four games to play.

The bottom two teams go down automatically, and the 16th-place team faces the third-place team in the 2. Bundesliga in the promotion/relegation playoffs.

Sargent scored twice before Christmas in 2018 but he saw little playing time in the second half of his first season. His poor form cost him a spot on the 2019 U.S. Gold Cup roster.

But after a solid preseason, Sargent gained regular playing time before a hamstring injury suffered playing for the USA in the Concacaf Nations Cup win over Cuba kept him out of action for the last two months of 2019.

Sargent has been playing regularly since play resumed in May following the shutdown for the coronavirus pandemic, but he has not been scoring. Bremen's goals in two 1-0 wins are the only goals it has scored in six games.

“It’s really frustrating for us a team," he said on the Bremen website. "We want to create a lot of chances, but it’s just not working for us at the moment. But we won’t let it get us down. Absolutely, [the Paderborn game is a must-win match]. We have to win. We know how much is riding on this game.”

Besides four league titles, Bremen has been runner-up seven times, and it has won six German Cup titles. But last season's eighth-place finish marked the first time in a decade Bremen had a winning record.

“No one at this club wants to go down,” Sargent added. “This club has such a long history, and no one wants to that the team or the city down. We’ll fight until the end to ensure that that doesn’t happen.”