United Soccer Coaches’ Black Coaches’ Advocacy Group was on a roll. They dramatically increased the number of presenters and clinicians at the national coaching organization’s annual convention, held this past January in Baltimore. Black coaches received several important awards there. Young coaches were joining the group, being mentored, and being heard. 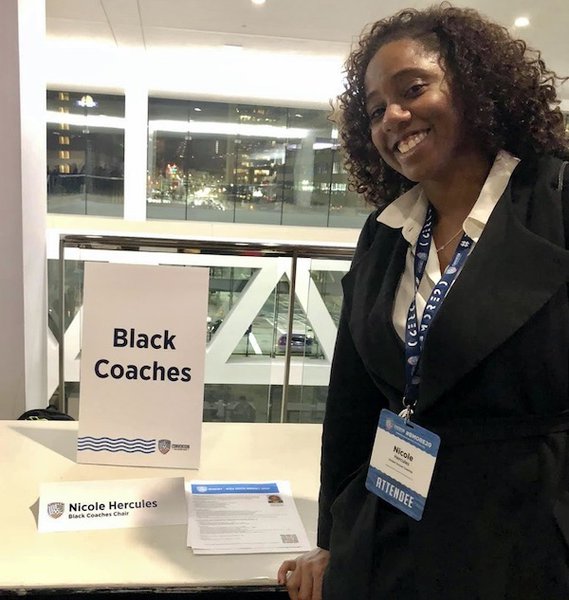 But in the aftermath of the deaths of George Floyd, Breonna Taylor and Ahmaud Arbery – and the intense national focus on racial issues in all aspects of American society that followed – the Black Coaches’ Advocacy Group has been in overdrive.

It was a role Nicole Hercules did not expect six months ago, when she became its first female head. But she is ideally suited to the task.

Hercules began working with the inner-city Flower City Soccer program while still a high school player in Rochester, New York. After college, she played for the Rochester Rhinos, and formed the Rochester City Soccer League, to reach even more underserved youth. Beyond soccer, the RCSL offers academic support services, tutoring and mentoring.

As Black Coaches’ Advocacy Group chair, Hercules skill set – combining organizational know-how with a passion for social justice – helped spark growth. “We’ve got an army of people who want to help make the game better for ourselves, and all those who follow,” she says. “We are fired up and active!”

That activity became tightly focused over the past three weeks. In dozens of phone calls and Zoom conferences, the group honed in on three main ideas. “We want no tolerance for racism in soccer, from the international level all the way down to youth,” Hercules says. “We want a pipeline for advancement for black coaches, players and administrators. And we want open, honest discussions of important issues like cultural sensitivity and implicit bias.” 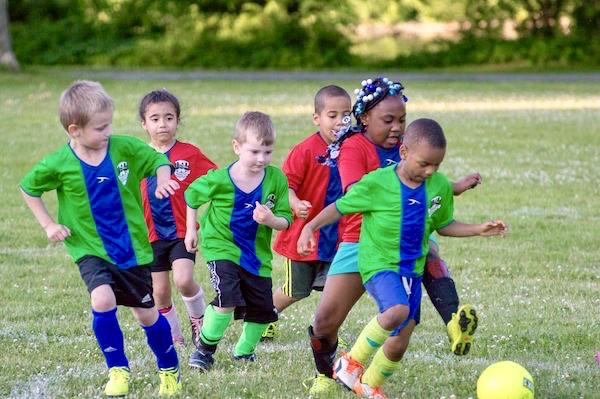 The Black Coaches’ Advocacy Group has done more than talk among themselves. Hercules and other leaders have been in contact with soccer leaders at every level, from federations and leagues to apparel and footwear manufacturers. Often, those leaders have initiated the discussions.

Though it’s tempting to seize the moment, Hercules favors a measured approach. “Whatever we do must be sustainable over the long term. The first step is honest conversations about how we can be a bridge” between past practices and future effort, she says. “We need to consider best practices, and how best to implement them.”

Some of the callers have been “very forthright about the ways they can align themselves with us,” she notes. “Others are still figuring out their positions. Some allies want to take part in what we’re doing. Some want to take over, without understanding our experiences and perspectives.”

Or, putting it another way: “Some groups want to join us. Some want to take the lead, and have us join them. There’s a difference between wanting the opportunity to help the black community, and being opportunists. Allies are always important. But the ones we love the most are those that ask, ‘How can we help?’ and then listen to what we suggest. To them we say, ‘join us!’”

A self-described “Nike girl,” Hercules has nonetheless been very impressed by the efforts from adidas, Reebok and Puma. “They’ve put out some very impressive statements and plans,” she says.

Efforts like those – along with the strong support of United Soccer Coaches’ Advocacy Council, which includes groups representing Hispanic, Native American, women, faith-based, LGBT and disabilities coaches, along with those at the professional, college, high school and youth levels – gives Hercules great hope that this is a pivotal moment in American soccer history.

“I’m beyond optimistic about the future for black coaches,” she says. “I’ve always believed in collaboration, and soon we’ll be in a position to announce some important strategic alliances. People all over really want to be active and involved. They’re going far beyond statements about racism. They understand the implicit and institutional biases in the game. They’re ready to put words into action. And there’s no better way to do it than by working with our coaches, who impact all the generations that follow.”