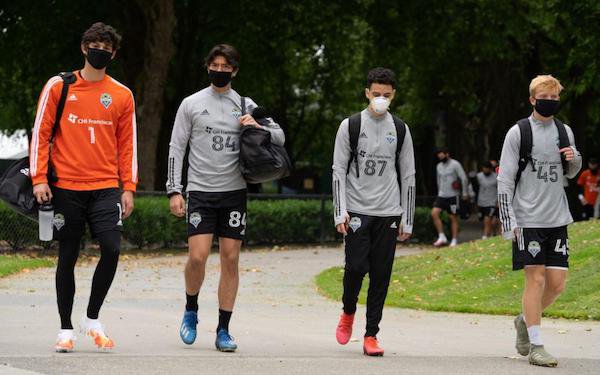 Atencio, 18, signed with Tacoma Defiance in 2019, while Dobbelaere, who represented the USA at the 2019 U-17 World Cup, signed his first pro contract after six seasons with the Sounders FC Academy. Both players grew up in the Seattle area.

The Sounders entered the 2020 MLS with space on their roster, and Atencio and Dobbelaere give them depth ahead of their trip to Florida for the MLS in Back Tournament.

"Josh and Ethan are good young players who have performed well in training with the First Team when given the chance," said Seattle head coach Brian Schmetzer. "I look forward to bringing them more into the fold and continuing to see them develop as professionals."

They are the third and fourth players from the Sounders' U-17 team that won the 2019 Generation adidas Cup's Champions Division with a 1-0 win over Valencia, the first time an MLS club has ever won the GA Cup's top division. Danny Leyva and Alfonso Ocampo-Chavez signed with the Sounders in 2019.

In all, the Sounders have signed 15 Homegrown players, most notably U.S. internationals DeAndre Yedlin and Jordan Morris.