Harry Shipp: 'I am grateful that I was able to live out my childhood dreams' 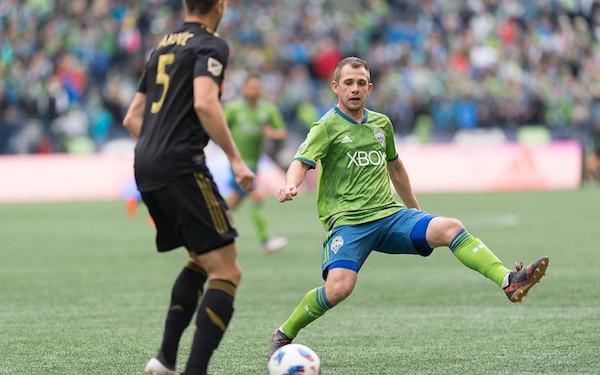 Midfielder Harry Shipp announced his retirement at the age of 28 after a seven-year MLS career that includes stops in Chicago, Montreal and Seattle, where he was a member of the Sounders' 2019 MLS championship team.

The Notre Dame graduate will pursue an MBA at Northwestern University's Kellogg School of Management.

"This was not an easy decision because of all the amazing people at the Sounders, but I am excited to take this next step in my life," said Shipp. "I am grateful that I was I was able to live out my childhood dreams. I grew up going to MLS games, was part of an MLS academy in its infancy, and then got the opportunity to play for three clubs all over the continent."

Shipp made 64 appearances for the Sounders in four seasons, finshing with 10 goals and seven assists in his time in Seattle. He was a sub in the first two games of the 2020 season. His best seasons were his first two in MLS with Chicago when he combined for 10 goals and 14 assists. He signed with the Fire as a Homegrown player after he was the Most Valuable Offensive Player at the 2013 Men's College Cup, assisting on the game winner in Notre Dame's 2-1 win over Maryland in the title game.

"I am also grateful that my last full season ended in an MLS championship with Seattle," said Shipp. "Thank you to all the fans who committed time and money to allow me to kick a ball for a living. Thank you to all my teammates over the years. You gave me more cultural learning experiences than I ever could have imagined from a job."

Shipp didn't play in MLS Cup 2017 when Seattle lost to Toronto FC or in the 2019 championship game, also against TFC, but he provided important depth for the Sounders in midfield, starting 41 games in his first three seasons.

"I want to thank Harry for his fantastic tenure with the Sounders," said Sounders general Manager and president of soccer Garth Lagerwey. "He helped us win a championship and was a consistent cog in our success. He always had a positive attitude whatever role he was asked to play in our team and was a great pro. We will support him as he moves forward with his next career and we wish him the best of luck at Northwestern. We couldn't be more proud of him for embracing his next challenge. He will be missed."