Marcus Rashford, one player who has made a big difference 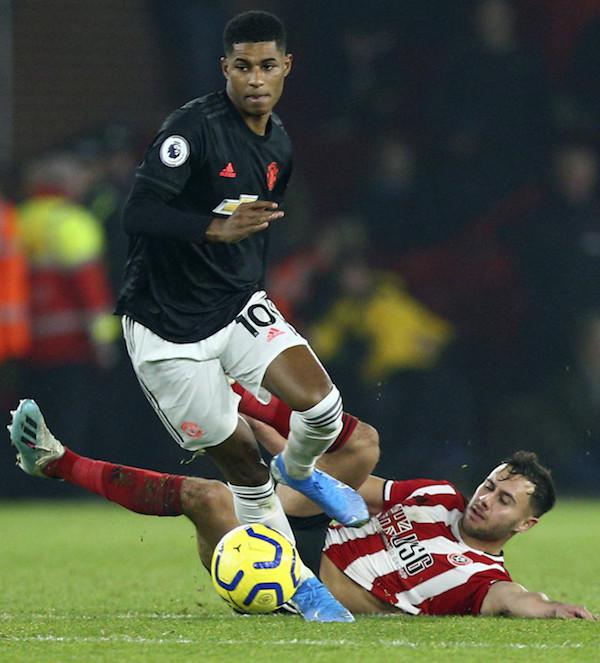 During the coronavirus pandemic, many soccer players used their positions of fame to raise money to support those in need around the world.

And that was before this week.

A hero. An inspiration. One of our own.

We are so proud of you, @MarcusRashford  pic.twitter.com/haAb0m2I4u

When Rashford started out, his goal was to raise £100,000 ($125,000) for FareShare, a United Kingdom organization that works to relieve hunger and eliminate food waste. Childhood hunger has been a critical issue during the UK lock-down, and FareShare -- thanks to Rashford's work --  brought in more than £20 million ($25 million) to help get food to vulnerable families.

During the lock-down, English families whose children qualified for free school lunches received vouchers that could be taken to supermarkets to buy food. But with the school year ending, the program was ending, and the government of Prime Minister Boris Johnson said it would not extend it -- even though the need continues in the UK, the hardest hit European country during the pandemic with almost 42,000 deaths.

That was before Rashford got to work.

On Monday, he wrote an open letter to Parliament, asking members to "hear the children’s pleas and find your humanity."  He said he was "a 22-year-old black man lucky enough to make a career playing a game I love." but knew of the hunger other kids suffered from his own childhood growing up in Wythenshawe, south of Manchester.

"I once had to go through that same system"
In a TV exclusive with #BBCBreakfast @MarcusRashford explains why he's calling for a u-turn over the decision to end free school meal vouchers in England over summer.
More here: https://t.co/xcqAUyGU20 pic.twitter.com/Yndb93vqlH


Rashford's mother worked full-time as a cashier, earning minimum wage, and came home in the evening to make dinner for her five children. But Rashford said it was not enough, and his family relied on breakfast clubs at school, free school meals and the kindness of neighbors and coaches as well as frequenting food banks and soup kitchens to get enough to eat.

To be sure he was well fed and well schooled and could be closer to training, Rashford's mother allowed Marcus to leave home at the age of 11 -- one year earlier than usual -- and enter a residency program for aspiring Manchester United players.

On Tuesday, the British government changed its mind, citing the "unique circumstances of the pandemic." About 1.3 million English children will receive six-week meal vouchers from the "Covid summer food fund," as Downing Street calls the program.

Each recipient will receive £15 a week ($18.75), putting the cost of the program around £120 million ($150 million). Johnson praised Rashford for his "contribution to the debate around poverty."

Rashford's reaction: "Look at what we can do when we come together."

coronavirus, international
2 comments about "Marcus Rashford, one player who has made a big difference".
Read more comments >
Next story loading