Vancouver Whitecaps make another change at the top 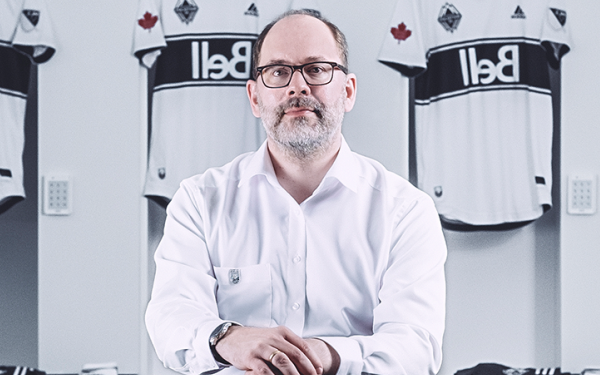 Less than six months after being named the Vancouver Whitecaps chief executive officer, Mark Pannes has departed in another change at the top of the troubled MLS club.

On Tuesday, the 'Caps announced that the positions of CEO and sporting director would be combined into one role, and German Axel Schuster (photo) will lead all aspects of the club. As a result of this restructuring, they said Pannes was no longer with the club.

In November, the Whitecaps hired Schuster as their sporting director. Two months later, Pannes, whose background included six years as the CEO at Italian club Roma, came on board. The moves followed the departure of longtime club president Bob Lenarduzzi.

In 2019, Vancouver finished last in the Western Conference with their worst season since 2011, their first in MLS. Off the field, relations with fans deteriorated as Whitecaps' oldest supporters group, the Vancouver Southsiders. walked out during a game against LAFC to protest the club's poor response to allegations of abuse against a former coach at the organization. Ten days later, they did it again, exiting en masse at the 35-minute mark for the B.C. Place concourse.

Pannes was credited with improving relations with fans during his short tenure and for the fundraising with the Vancouver Aquarium and Greater Vancouver Food Bank that raised more than $2 million during the COVID-19 shutdown. But Jeff Mallett, the executive chairman in charge of running the club for its ownership group, said on a media call, "Mark was a great contributor -- of certain things. Axel is the best CEO."

Mallett said the Whitecaps will lose tens of millions of dollars because of the pandemic.

“This is when you need to be strong and not popular, from an inside standpoint,” he added. “There's just no question in my mind that we have the right person and we're making the right decision.”