Global Premier Soccer (GPS), which ran youth programs in more than 20 states and has partnered with Bayern Munich since 2014, is shutting down operations. 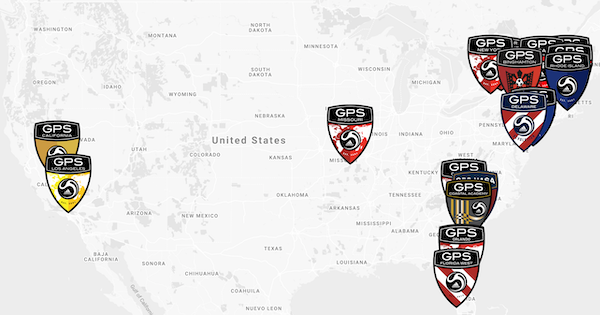 Keith Caldwell, who became GPS's CEO in January of this year, sent an email to GPS families on June 19 informing them of the immediate shutdown, which comes in the wake of a federal investigation into former president and CEO Joseph Bradley, GPS’s parent company, Legacy Global Sports, being forced into Massachusetts Bankruptcy Court, and a former GPS employee pleading guilty to obstructing justice.

"Our financial sponsor & LGS determined that the stress of the involuntary bankruptcy petition filed by certain creditors, in addition to the impact of the federal investigation, COVID and the uncertainty of the future in that regard -- have had a severely negative impact on the organization and its viability moving forward. As a result of these and other factors, they made the decision to shut the club down," wrote Caldwell.

Bayern Munich announced its partnership with GPS shortly after opening an office in New York and a U.S. online store in 2014. The German club's official website states: "FC Bayern and Global Premier Soccer (GPS) have an extensive youth partnership that brings over 92,000 kids in the U.S. the knowledge and expertise of FCB's notable Youth Academy."

GPS, which specialized in importing coaches from the UK and Ireland, was founded in 2001 by brothers Joseph and Peter Bradley, who emigrated from Northern Ireland, as Massachusetts Premier Soccer. It changed its name to GPS while expanding into other states, Canada and Puerto Rico.

In May, Gavin MacPhee, a Scotland native who had worked for GPS since 2007, pleaded guilty to one count of destruction, alteration, or falsification of records in the federal investigation into visas for foreign workers at GPS.

A civil lawsuit filed in February accused Legacy Global Sports, which acquired 80 percent of GPS ownership in 2016 for $15.2 million, of not paying over $3.7 million as part of an adjusted purchase agreement.

In March, GPS filed a lawsuit against Surf Soccer Club, the Southern California club that had moved into New England, that included complaints against former GPS employees of breaking non-competition and non-solicitation agreements after moving to New England Surf. The New England Soccer Journal reported that suit was settled out of court in April.

GPS, which described itself as "one of the largest and most successful soccer programs in North America," at its peak ran clubs and had affiliate clubs in 26 states, hosted tournaments around the country, and ran "International Academies" in Europe for American players promising trials with professional clubs.

Bayern Munich renewed its partnership in 2017, announcing that FC Bayern coaches would double their presence in the U.S. "to bring coaching philosophy and curriculum to now over 85,000 children and 6,000 coaches into 101 soccer clubs."