Watch: The Bundesliga's Top 5 goals of the week

Bayern's Polish striker Robert Lewandowski set the record for the most goals scored by a non-German in a Bundesliga season while Hertha Berlin's 21-year-old Brazilian Matheus Cunha claimed the No. 1 golazo in the second-to-last Bundesliga gameday. Lewandowski's scored his 32nd and 33rd strike of the season to break the record of 31 set by Frenchman Pierre-Emerick Aubameyang in 2016-17. 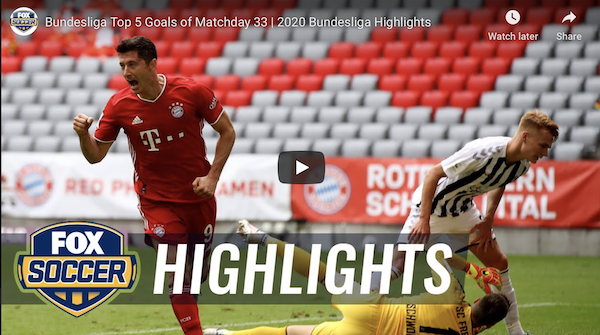