Steve Gans  has spent his lifetime in soccer. A former player, he served on Development Academy club boards, and consulted with professional European clubs. He helped organize Boston’s host city efforts during the 1994 World Cup. Two years ago – now an attorney specializing in sports, entertainment and corporate law – he ran for president of U.S. Soccer. More recently, he is one of the attorneys who has represented the USL Players Association in its negotiations with the USL Championship for the league's first collective bargaining agreement and its return to play in July. 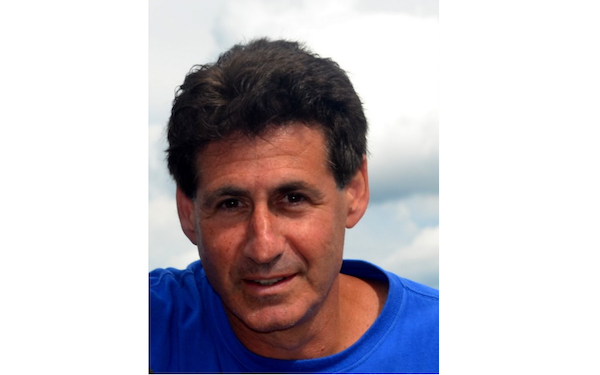 He has a ringside seat to behind-the-scenes maneuverings at the highest levels of the international game. But recent trends in youth soccer concern him just as deeply. Gans is contacted several times a week about one legal issue or another. He likens it to “drinking from a firehose.”

Many of those calls involve ethical issues, like clubs poaching coaches, and coaches bringing entire teams with them to their new clubs. Some clubs go further, “stealing” email lists, even sponsors. (Entire leagues are breaking away and forming their own organizations, too. But that’s a different column entirely.)

“It’s a free market,” Gans acknowledges. But when “left to the better or lesser impulses” of human beings, that market begins to look like a free-for-all.

He knows too that coaches “are not indentured servants. They need to have jobs.” But, he says, there is a right way to change employers, and a wrong way. In the absence of any governing body or standardized rules of ethics, it’s the Wild West.

Some clubs, of course, have safeguards in place. They’ve got lawyers on their boards, or hire outside counsel. They write non-solicitation clauses into contracts.

Gans cites the "Recruitment Rules" of the decade-old New England Premiership, for which he serves as outside legal counsel, as an example of provisions that allow coaches to move, yet stop what Gans calls “wholesale rampage.”

Regulations that could help ...

Examples of “good rules,” he says, include prohibitions against coaches contacting players during league play; requirements for coaches that, if contacted by a player during the season, they get permission from the player’s current team before talking to him or her; a prohibition on clubs acquiring entire teams from another club, and a 12-month non-compete rule. That means that a coach who moves from one club to another in the same league or region cannot coach the same age group at their new club.

Most players don’t want to change clubs. But pressure may be intense. And though pressure comes from coaches, some stems from parents, too.

“Parents have dreams for their kids,” Gans explains. “At U-10, they think ‘this club is the path to college, maybe even a scholarship.’” Yet as the child grows older, and circumstances change, fathers and mothers may seek greener pastures.

Though soccer has been part of the American youth sports landscape for years, Gans believes many parents remain unfamiliar with the sport. Feeling less able to judge the qualifications of a soccer coach than in, say, basketball or baseball, they are willing to “outsource” the soccer experience at the beginning of the journey. The older the child gets, the less confident the parents are to judge the promises they hear from more experienced coaches.

The chaotic nature of the youth soccer world contributes to the opportunity for coaches to poach players, and clubs to poach teams. The alphabet soup of competing leagues, even entire associations, means there is little oversight. Organizations exist in silos. They do not communicate across groups.

When he ran for president of U.S. Soccer, Gans told NBC Sports, “I want to solve the fractured youth soccer landscape, and put joy back in the game. We’re creating players without joy. Stop the infighting between sanctioning organizations which affects both youth and adult soccer, but contributes to the 75 percent attrition rate at U-13. That’s not in the best interest for the good of the game.” It’s tough for kids to enjoy the game when their coaches leave for a different club, and they feel pressure to move from adults (including parents). It’s hard for anyone to enjoy the game when lawsuits take precedence over play.

“I couldn’t be busier,” Gans says, referring to youth soccer litigation. “But that doesn’t mean I’m happy about it. It’s good that clubs retain me because they realize they need to get more organized. But it’s ugly out there. It’s a very tumultuous time.”