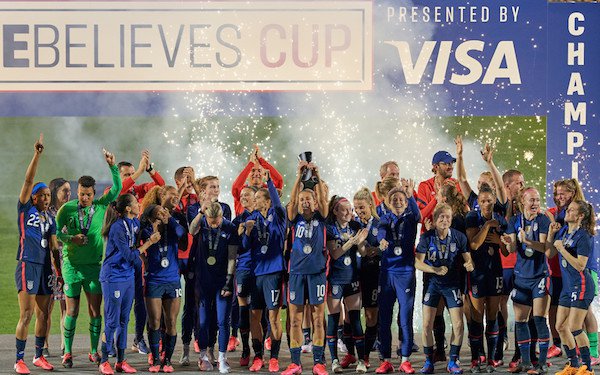 Judge R. Gary Klausner handed members of the U.S. women's national team another setback, this one procedural, in their lawsuit filed against U.S. Soccer in U.S. District Court in Los Angeles.

On May 1, the court threw out the women's claim against U.S. Soccer under the Equal Pay Act. No final judgement was entered, though, since the court only granted U.S. Soccer partial summary judgment.

It previously moved the jury trial from June 16 to Sept. 15 on the remaining aspects of the case under Title VII of the Civil Rights Act (claims of disparities in charter flights, hotel accommodations and medical and training support staff and services between the men's and women's national teams). The pretrial conference was also postponed until Aug. 31.

But attorneys for members of the U.S. women's national team filed what is termed a 54(b) motion, asking that a final judgment be entered in the aspect of the case related to the equal pay claim so they could immediately appeal the court's ruling to the U.S. Court of Appeals for the Ninth Circuit.

The players' arguments included the suggestion that travel restrictions due to the coronavirus pandemic would delay jury trials being held and would only extend the process and create a backlog at the appellate level if they weren't allowed to proceed.

They also argued that to not grant a 54(b) motion and decide the question of their equal pay claim would prejudice efforts to resolve the case by settlement.

The court ruled that their appeal must wait until after their remaining claims proceed to trial and final judgment is entered.

In refusing to certify the women's pay-discrimination claims for immediate appeal, the court argued that, absent a settlement, there were likely to be two appeals, on the partial summary judgment and the outcome of the trial in September, so it would be more efficient for the two appeals be heard together.

It rejected the argument that denying the motion would prejudice efforts to settle the case. He noted that there was nothing stopping the players and federation to settle on the remaining claims and let the appeal play out.

And it seemed confident that the jury trial could take place in September. As part of the order for the phased resumption of court operations issued in late May, jury trials are part of Phase 3, to resume at a date to be determined.