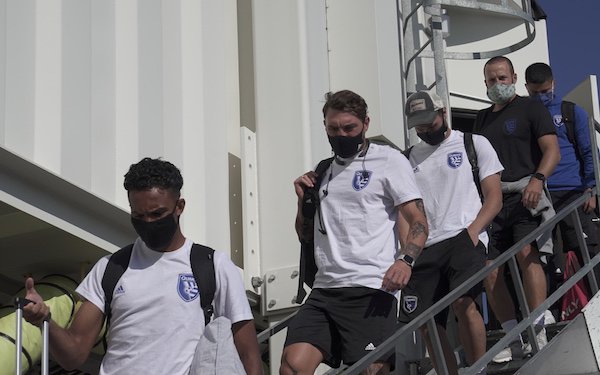 On a day that saw Florida report a record spike in the number of new cases for the coronavirus -- 5,508 new cases overnight, up from the daily record of 4,049 new cases on Saturday -- and reports of more MLS players testing positive, the San Jose Earthquakes became the first MLS team enter the bubble at the Walt Disney World Swan and Dolphin Resort.

MLS is Back Tournament: Schedule

The Quakes headed to Florida because Santa Clara County restrictions have prevented them from conducting full team training. The Bay Area was quick to introduce shelter in place orders in March and has taken a conservative approach about re-opening.

Positive COVID-19 tests. The Colorado Rapids announced that one of their players tested positive for COVID-19 on Tuesday. As a result, all players and team personnel were asked to isolate and training has been temporarily suspended while additional testing takes place. The Rapids also began extensive contact tracing, among other protocols.

MLS clubs are required to conduct testing every other day for full-team training protocols and confirm positive tests via a subsequent secondary test.

In June, the following single positive tests have been announced:

All but the FC Dallas and D.C. United cases took place after full training -- with contact -- began. On April 1, in the early stages of the lock-down, the Philadelphia Union reported that one player -- Kacper Przybylko later said it was him -- contracted COVID-19.

MLS clubs aren't required to release confirmations of positive tests, even after regular testing is required.

The Athletic was told by the New England Revolution and Seattle Sounders they each had one player test positive -- the Seattle player has returned to training after passing all protocols while the Revs player is still in quarantine.

The Athletic was also told by a source that New York City FC had multiple positive tests among players and team staff who have since recovered and completed protocols to train with the club. NYCFC announced on March 19, a week after MLS shut down, that a member of its sporting department tested positive.

No dates were given for when these positive tests took place.

Schedule. MLS also released the schedule and television information for the tournament. The tournament begins July 8 and continues with the group stage through July 23.

The 26 teams are divided into six groups -- one group of six and five of four -- and they will each play three group games. 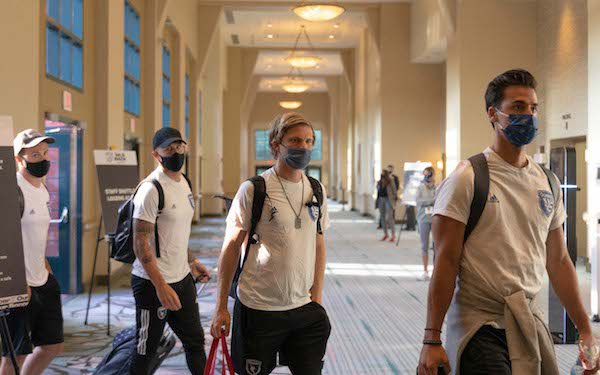 ESPN will oversee all game production for Fox Sports and TUDN (as well as Canadian and other foreign broadcasters) throughout the tournament. Each broadcast partner will use its own on-air talent and graphics packages