Ed Garza’s affinity for soccer became well known when he served as the Mayor of San Antonio in 2001-2005 and nearly landed an MLS franchise in Texas’ second largest city. When Garza termed out, his successor scuppered the Alamo City’s effort, but Garza's soccer advocacy continued. 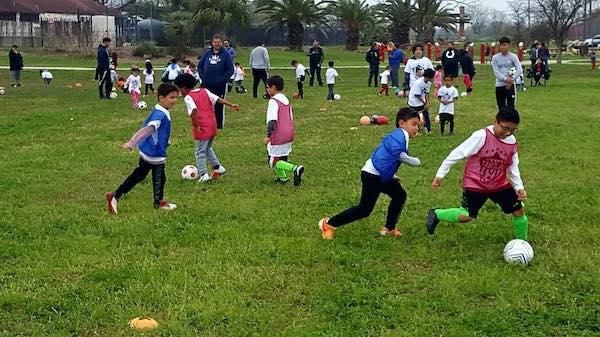 Garza, now a San Antonio Independent School Board Trustee, focused his efforts on the youth game, and in 2010 founded what would become the Urban Soccer Leadership Academy (USLA).

“One of the characteristics of San Antonio is that it's very segregated,” says Garza. “Historically it was segregated by ethnicity. Then it evolved to economic segregation, where it is today. That has carried over to the youth sports world. And soccer is representative of that as well.

“You’ve got the suburban pay-to-play system that has grown and expanded with some mega-clubs and then some smaller clubs, boutique clubs. Then you have the other half of the city. That's pretty much very informal, unorganized and focused more on the accessibility and affordability aspects of sport.”

His quest to bring MLS to San Antonio -- the nation's seventh largest city with a population of 1.5 million -- included plans to construct a youth soccer complex such as the one FC Dallas has next to its stadium in Frisco, Texas. But San Antonio’s youth complex was to built in an underserved part of the city.

“Because the MLS team was going to play in the Alamodome,” Garza says, “the biggest investment the city was going to make was in the youth soccer complex.”

In 2009, Garza was elected to the school board.

“I had that ah-ha moment where I saw that soccer was San Antonio’s most popular high school sport by participation numbers and by the success our teams were having in the state playoffs,” he says. “That's where I thought: If we had a pipeline, a youth development program that could be accessible, could be affordable, would align with the school's education mission – we could use it as a way to elevate an underserved population, a poor population into a pathway to college.” 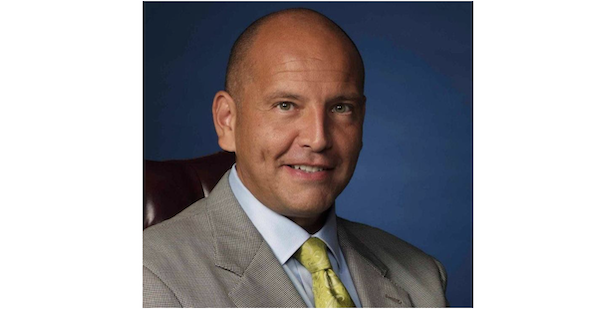 "Our push, our desire -- if we had a magic wand -- would be to influence the youth soccer landscape, even at a national level, to pick up not only the lessons learned to approach and be accessible to underserved communities, but to also provide the added value of enrichment and education programs that will transform their lives even if they don't make it at soccer as a professional player or play at the collegiate level." -- Ed Garza

The program includes recreational leagues, summer camps, and "free play" events three days a week: “You show up with a ball or we have a ball for you. You get a free shirt. You can come once a week or all three days. It’s very flexible.” Kids move on to pre-academy and academy teams, which play in South Texas Youth Soccer Association leagues. USLA also runs a two-month summer league for high schoolers – canceled this year because of COVID.

"What really helped us is high school coaches saw how we were helping their players in the classroom, checking their academics and checking their GPA," Garza says. "They started telling their players, 'You need to be part of a club soccer program.' Those players would come to us because we were the most affordable and accessible in their geographic neighborhoods."

This year, all of the graduating Jefferson High School boys varsity players are expected to attend college -- compared to none when USLA started working with neighborhood students.

"We filled a void not only in terms of time," Garza says, "but in terms of the relationships that a lot of these players did not have after school because they were being raised by a single parent or parents working two jobs ... by parents who had never gone to college. Parents who weren't familiar with the process."

More than 90% of USLA players come from economically disadvantaged or poverty-level households. About a third are English learners and more than 95% are Hispanic. Government grants, local businesses and nonprofits help fund USLA, which serves more than 1,000 children.

"We really started to fill the emotional relationship gap for lot of players who just didn't have that support or infrastructure at home after school," Garza says. "And I think that's been the biggest benefit for our students: Soccer is a hook, but then they get all these other added benefits, like meeting with what we call our life coaches at the Starbucks or neighborhood panaderia. Places that they can go to and talk about life and develop a mentor relationship with somebody who's not in their school. Have conversations about the vision and purpose: 'What is your why?'" 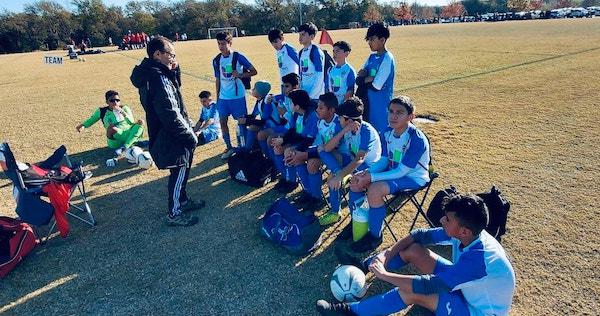 The expansion and success of the program -- the nearly 30 members of the class of 2020 will be first-generation college students -- is thanks much to "appealing to those partners that want to transform our city from being the highest poverty, lowest educational attainment metropolitan area to one that really represents the future of not only Texas, but the future of America," Garza says.

Recreational players must maintain passing grades. Academy and premier players must have a B average or higher to participate. There’s also a community service requirement for teams and players in USLA’s structured programs.

Fees are low – the highest being $390 for a travel team season – but 90 percent of the players are scholarshipped, paying less than half that. USLA hosts monthly four-hour “college and life vision” sessions at local universities – attendance of which is mandatory for scholarship players.

“Businesses and partners want to see us move that needle for educational attainment and the life skills that a lot of underserved kids unfortunately are never taught,” Garza says. 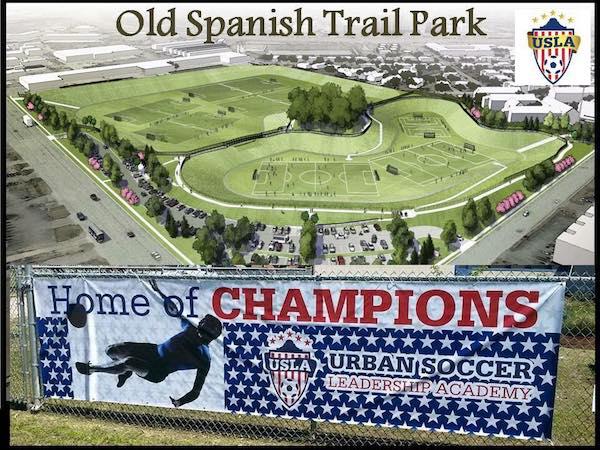 USLA was able use school fields cost-free because its mission aligned with school values. Four years ago, the City of San Antonio put out a Request for Proposals (RFP) to maintain fields in a newly constructed flood control basin. USLA reached an agreement. It was followed up by a city bond to turn them into state-of-the-art fields with lighting.

“We finally have a place that we call home – a world-class facility,” Garza says. “One side of the basin was completed in February. The south basin should be finished over the summer. Our teams were able to step on the fields in March for two weeks -- then COVID hit.”

The economic impact of the coronavirus on USLA families has it aiming to lower the program’s costs even more.

“We've already been dealing with the challenge of serving players who are coming from poverty,” he says. “That was already part of our DNA. We're probably the most affordable program, especially when you get into the [travel team level]. Now we’re challenging ourselves to go even lower.

“But our biggest issue is more on the health side. Many of our players will not go see a doctor if they get an any injury, because they’re uninsured or there’s the fear of deportation. Now there's the COVID threat.”

Amid the pandemic, USLA is exploring options to provide medical health insurance coverage beyond the program’s injury and liability insurance. It’s another challenge for the former mayor who believes in soccer as a vehicle to help improve lives.

Garza discovered soccer in the 1970s, in the same neighborhood where USLA launched a decade ago.

“I started playing soccer at 5 or 6 years old,” he says. “It was neighborhood-based play at a local park and my local school. I can't remember it being very expensive at all. But I do remember it was very positive.

"Soccer made an impact on my ability to work with a team. It improved my confidence and my overall understanding of the perspective of others.”