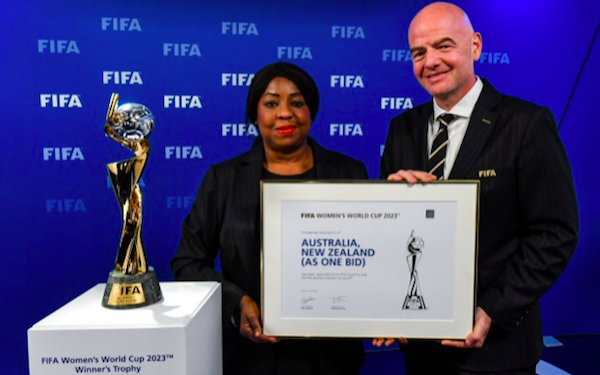 The 2023 Women's World Cup is headed Down Under.

The FIFA Council -- its expanded executive committee -- voted 22-13 on Thursday to award the 2023 Women's World Cup hosting rights to Australia and New Zealand.

Bid process. The bid process began in 2019 with 10 countries expressing interest. That list was narrowed down to four candidates: Australia/New Zealand, Brazil, Colombia and Japan. Brazil withdrew on June 8, and Japan dropped out on Monday.

Australia/New Zealand was always considered the most serious bidder, and it came out on top in the evaluations of the three final bidders, scoring 4.1 out of 5 compared to Japan at 3.9 and Colombia at just 2.8, on such things as stadiums, training facilities, accommodations, broadcast infrastructure, event and hospitality sites and commercial opportunities.

Australia/New Zealand's victory over Colombia was therefore seen as a victory for, as the Sydney Morning Herald described, "merit over politics." 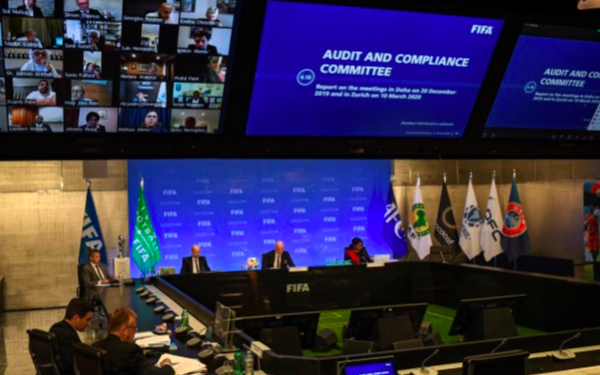 (Colombia has organized the Liga Aguila Femenina pro league since 2017, but its future is uncertain. One of its best teams, Atletico Huila, recently pulled out of the 2020 championship without even telling its players in advance.)

But FIFA watchers could see UEFA's support for Colombia as a vote against FIFA president Gianni Infantino, who supported Australia/New Zealand, given the tense relationship between FIFA and UEFA over the future of such things as international club championships.

Concacaf, the other swing vote, was always expected to support Australia/New Zealand, given the ties of its current leadership to the two English-speaking countries. 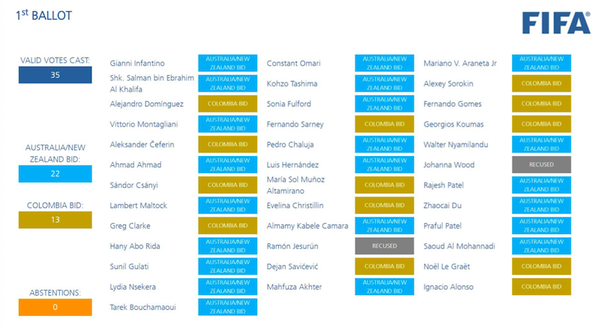 Relief to Australia. The Australia/New Zealand victory was a particular relief for Australia, which was a candidate in 2010 for the 2022 World Cup hostings rights that went to Qatar and humiliated when it earned just one of of 22 votes and was eliminated in the first round.

Like the 2018 and 2022 World Cup votes, the decision on the 2023 Women's World Cup host was made by a small group of voters, but at least their votes this time were all made public.

women's world cup
1 comment about "Women's World Cup is headed to Australia and New Zealand in 2023 -- on merit".
Next story loading