The new era of college recruiting: COVID changes the process for coaches and players 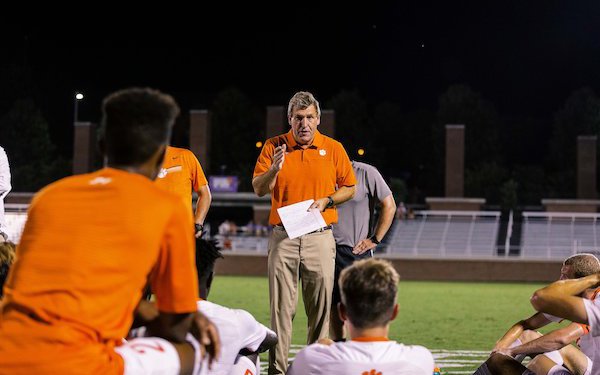 But after the coronavirus blew in, winds of change swept through the men’s college soccer world. The cancellation of showcase tournaments, campus visits and ID camps upended the traditionally long, sometimes awkward dance between coaches and athletes. Though most attention has been focused on this fall – will there be a college season, and if so what will it look like? – coaches have another worry. What will happen to the recruiting class of 2021? High school juniors ask the same question.

In a normal year, Noonan spends March through June narrowing his funnel of potential Tigers. He and his staff attend the Dallas Cup, Jefferson Cup and other top tournaments in addition to following teams in the Development Academy, which was shuttered in April. They host recruits on campus. They make final evaluations, and offer spots to a select few. This year they’ve been watching players’ videos, and sending their own: Clemson highlights, virtual tours, looks at their new stadium. 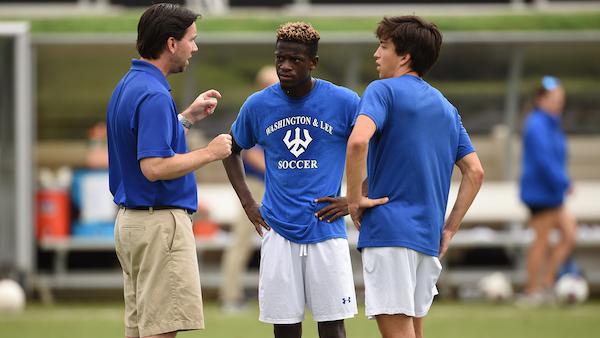 Instead of attending the IMG Cup, Jefferson Cup, Potomac Tournament, US Youth Soccer regional championships and more, Washington & Lee head coach Michael Singleton has stayed in Virginia. Instead of going after recruits, they’re coming to him.

“I’m hearing from 10 to 15 players a week. I’ve never seen those numbers before,” he says. He thinks that, sitting home and with time on their hands this spring, many juniors were productive. They researched colleges, and reached out proactively. “They’re taking control of the recruiting process, instead of thinking it will fall in their laps.” Yet the process -- always filled with anxiety – is even more fraught this year. “They might not have access to guidance counselors. Their clubs are shut down,” Singleton notes. “So they ask lots of questions.

Some of those questions are not about soccer. With many colleges now test-optional -- and the first SATs and ACTs not scheduled until late summer -- recruits wonder what to do. “It’s difficult. They don’t have the opportunity to be seen as players, or to have their test scores seen. Or to raise those scores, if they need to,” Singleton says.

Unfortunately, he can’t provide many. His recruiting database is one-third to one-half as deep as usual.

In a normal year, July would be jam-packed with ID camps. They’re important for coaches to evaluate athletes (Noonan finds “one diamond we never knew about” each year), and for players to get a feel for schools, coaches and programs.

Many college-sponsored summer camps are canceled. Some were pushed back to later dates, though as COVID cases rise, they’ll may also be scratched.

Singleton devised a creative solution. If players can’t come to him, the Washington & Lee coach will go to them.

He’s lining up fields in northern Virginia, southern New Jersey and Connecticut – all fertile recruiting grounds in the past. Depending on virus numbers, he may have similar camps in Charlotte, Georgia and Florida later this summer.

He hopes to draw from a comfortable radius of 100 or so miles. The one-day affairs will feature a morning practice session, Q-and-A session with W&L players at midday, then a scrimmage. “It’s a lot easier to bring a few coaches there, than bring dozens of kids here,” Singleton says.

He’s invited other college coaches, from schools with similar soccer programs and academic standards, to join him. He’s even offering them $100 for every player they enroll. “Lots of coaches have been economically impacted by COVID,” he says. “We have to look out for each other.” On Friday, the NCAA extended its “dead period” – the time when D-I coaches are prohibited from recruiting on or off camps -- through August 31.

Clemson’s Noonan calls it “one more lost opportunity for players to see campuses, and coaches to see players. They’re starting to play [club] matches. But we can’t see them.”

He worries too about international student-athletes. “That’s a big chunk of many D-I teams,” he says. “No one knows if they’re going to be allowed in to the country, or what the quarantine rules will be if they come.” In Clemson's case, they include foreigners who have attended U.S. boarding schools.

Everyone is adapting. The new normal may even lead to permanent changes, when (and if) the “old normal” returns.

For example, Wesleyan’s Wheeler has enjoyed getting to know recruits face-to-face on his computer. “We’ve all adapted to working at home,” he says. “The crazy pace of college coaching has gone. Do we have to return to it? I’ve had an awesome time with my own kids. We play on the trampoline, read Harry Potter and play Ticket to Ride. And parents may decide they don’t have to go every which way for their kids. They may play 30 minutes away, not two hours.

“This won’t be the typical ID camp/recruiting/head to college year. It will be different. But kids who are meant to play will play. Who’s to say this is bad?”

Noonan, meanwhile, looks forward to the Class of 2021. They’ve faced a ton of adversity, and handled it well.

“I’ve been really impressed with the kids I’ve talked to,” the Clemson coach says. “”They’ve been more engaged, more streamlined, more decisive than ever. I have a lot of faith in these young people.”