Upon the 30th anniversary of the USA's 1990 World Cup appearance, we're checking in with the players from Coach Bob Gansler's team, starting with the youngest -- Chris Henderson. Like most of his teammates from that squad, Henderson has remained active in soccer. The Vice President of Soccer & Sporting Director of the Seattle Sounders has been with the MLS team's front office since its launch in 2008. 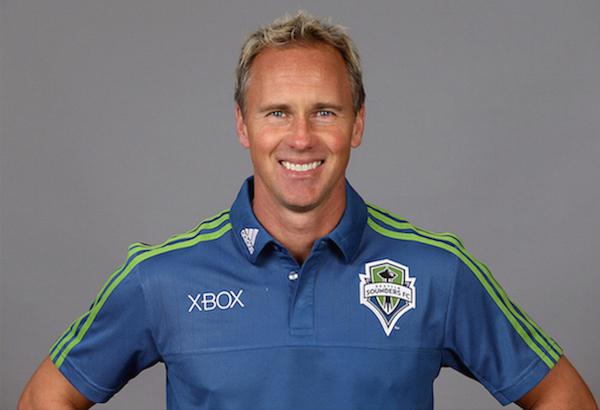 Gansler's team was the youngest at the tournament, averaging 23.6 years of age, and Henderson at age 19 was the youngest at the tournament. He didn't see action in the USA's losses to the Czech Republic (5-1), host Italy (1-0) or Austria (2-1), but went on to earn 79 caps. He started on the USA's 1991 Gold Cup title-winning team under Coach Bora Milutinovic and played for USA at the 1992 Olympics under Lothar Osiander. Henderson retired from playing in 2006 at age 35. After stints with FSV Frankfurt and Norway's Staebek, he played 11 seasons in MLS.

SOCCER AMERICA: Please share some of your favorite memories of the 1990 World Cup ...

CHRIS HENDERSON: After the game against Italy in Olympic Stadium in Rome I remember standing outside the locker rooms with Christopher Sullivan, Roberto Baggio, Roberto Donadoni and Fernando De Napoli and trading gear -- jerseys, shorts, socks. I had posters of AC Milan on my walls at UCLA and now I am standing talking to two of their stars at the World Cup.

I was standing in the tunnel with the Czechoslovakia team in Florence before kickoff in our opening match. Tomas Skuhravy, Ludk Mikloško, Jan Stejskal, Jan Kocian were all giant. They looked at us like we were a youth team. It was the Ivan Drago vs. Rocky Balboa moment in Rocky III.

Driving up to the stadium in our team bus for each game and seeing so many USA fans in red, white and blue cheering us on was really special and something we hadn’t seen before at this level. 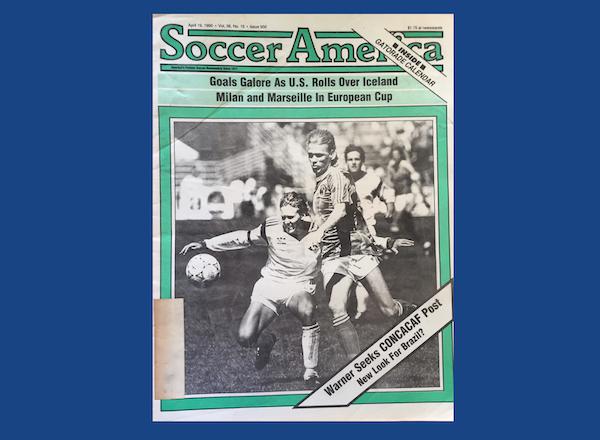 Chris Henderson made his USA debut while a freshman at UCLA in a 4-1 win over Iceland in April of 1990 in Fenton, Missouri.

CHRIS HENDERSON: I learned the lesson that hard work and perseverance can pay off in making that 1990 World Cup roster. I hadn’t taken a day off from training for the three years leading up to that World Cup. I learned so much from my senior teammates in those first six months with the national team.

I also realized after our last tune-up game before Italia 90 -- subbed on in a loss vs. Switzerland -- that things in soccer can change very quickly, both good and bad.

After coming on against Switzerland, I was not used off the bench in any of the three World Cup matches. That experience had a profound impact on me, and I used it as a strength through adversities that came later with U.S. Soccer and with various club teams. Being part of the national team was a huge honor and I am proud that I continued to be consistent enough to represent the team under four different coaches after Bob Gansler. 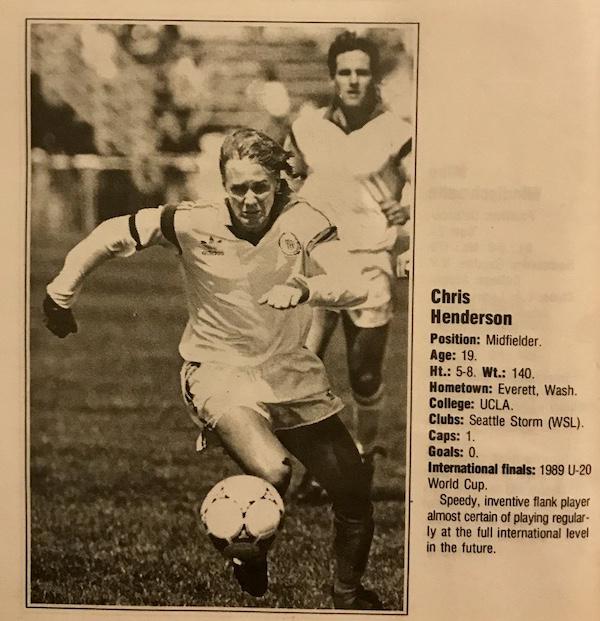 SA: Memories from outside the stadiums ...

CHRIS HENDERSON: I remember taking the bus trip from our military base camp in Tirrenia to Rome and went directly to a press conference for Coach Gansler, Ralph Perez, Joe Machnik and a couple players. Giorgio Chinaglia was there and was telling the press that having the USA host in 1994 would be a big mistake because we don’t even have a division one professional league.

Gansler was pretty fired up at Giorgio for his comments. At the time, we didn’t realize that FIFA really saw the U.S. as a new frontier for soccer and spreading the game to new places was an important initiative. As a player -- and the Federation -- we really wanted to be treated bigger than we were.

Looking back now, I realize how important being part of Italia 90 was for our country’s growth and confidence in our ability, especially in Concacaf, and we were not competing in the World Cup 1994 just because we were the host country. Just taking part in World Cup 1990 set the stage for many things to come for U.S. Soccer -- both lows (1998) and highs (2002) -- and the plans for a first division league scheduled to start in 1995 (MLS came in 1996).

I am thankful for the commitment of the late U.S. Soccer president Werner Fricker for paying for all the players families to charter over to Italy and be part of the tournament with us.

SA: Most important legacy from the USA's 1990 World Cup team?

CHRIS HENDERSON: That team qualified and traveled to a World Cup without a first division professional league and most of that team was coming off an NCAA college career. That group that went to Italia '90 were soccer pioneers getting a glimpse of the game at the highest level for the first time in 40 years.

I truly think that some of the successes that followed -- Gold Cup 1991, U.S. Cup victories, qualifying for Barcelona 1992, World Cup 1994 [second-round appearance] -- wouldn’t have happened without the experiences from Italia '90. The sponsorship support to help the team train in residency in California between Italia '90 and USA 1994 may not have been there had the team not participated.

Lastly, the group of players, coaches, administrators, etc. have all played a part in the growth of the game in our country and continue to strive to make things better than it was before.

CHRIS HENDERSON: I mentioned the late Werner Fricker, but also want to recognize the two teammates we lost in David Vanole and Jimmy Banks. They were both great teammates who gave so much to the game and as a young player on that 1990 team I appreciated their guidance, support and acceptance.