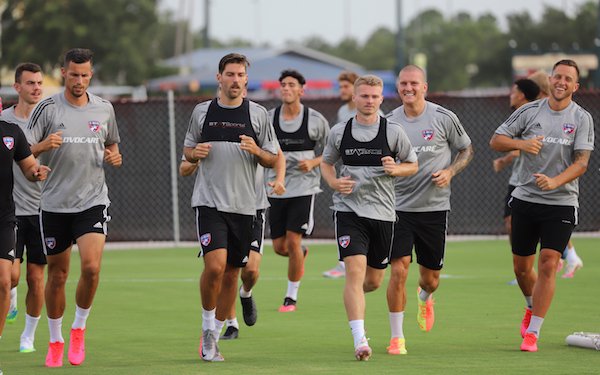 The outbreak of Covid-19 among the FC Dallas group preparing for the MLS is Back Tournament in Florida continues.

MLS confirmed on Wednesday that six FC Dallas players tested positive for Covid-19 since their arrival on Saturday at the Walt Disney World Swan & Dolphin Resort in Lake Buena Vista.

And the Dallas website 3rd Degree reported later in the day, citing multiple sources, that three additional players and one staffer tested positive on Wednesday.

That would bring to nine the number of players -- plus the one staffer -- who've been isolated from their teammates, the rest of the FC Dallas delegation and other MLS clubs and staff. In anticipation of possible outbreaks, MLS has set up an isolation area at the Swan & Dolphin away from where teams stay.

MLS stated the six FC Dallas players were the only ones who tested positive from among the 392 people who have been tested. 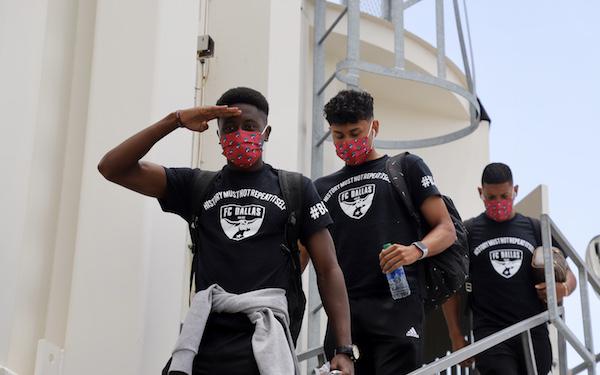 Here's the chronology of the FC Dallas trip so far:

-- Upon arriving in Florida, FC Dallas had two players test positive for Covid-19. All individuals upon their arrival at the hotel are quarantined until they have a negative test. The two players were immediately moved to the isolation area of the hotel.

-- As league testing continued, more positive results were returned. 3rd Degree reported a third player tested positive on Monday and then three more each on Tuesday and Wednesday. (MLS's policy is to have those in isolation receive remote care from a healthcare provider, including monitoring of symptoms, and regular follow-up testing.)

-- All FC Dallas players and staff have been quarantined in their hotel rooms, pending the results of further Covid-19 testing.

FC Dallas previously released a statement on June 3 that it had suspended its training sessions after one of its players tested positive for Covid-19. On June 24, 3rd Degree reported two more FC Dallas players had tested positive the previous week (one of whom was later cleared to return to training).