'2012: The Year That Saved Women's Soccer' -- when the WPSL Elite League set a stage for the stars

“I believe that if I did not compete in the WPSL Elite that year, I would have moved on from football, and it would have been incredibly hard to return to the NWSL later.” -- McCall Zerboni

The wind-battered islands off the coast of Ireland are famous for keeping civilization afloat in difficult times.

Most recently, those desolate rocks were the scene of a fictional rebirth, where Rey coaxed the embittered Luke Skywalker out of exile to bring his wisdom back to the galaxy and make Ireland’s west coast a site for devout Star Wars pilgrims.

In the real world, after the Roman Empire fell, Irish monks clung to those rocks to keep sacred texts and scholarly pursuits alight during the Dark Ages.

Think of the WUSA of the early 2000s as the Roman Empire before its collapse. Or maybe the Galactic Republic before the Clone Wars. The mid-2000s were the Dark Ages of women’s soccer. Pro soccer was slowly taking root in Europe but was dead in the USA. In 2005 and 2006, the national team struggled to draw 5,000 fans for home games. 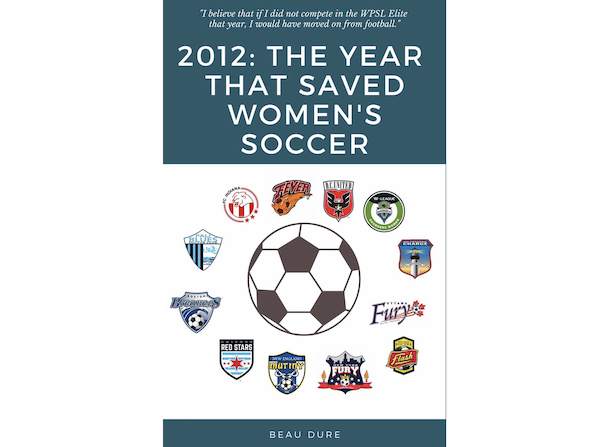 Many players simply stopped playing. With little money available in European women’s soccer, the post-college options were generally “national team” or “new career.” Roughly 100 U.S. players, many of whom had at least one appearance with the U.S. national team, dropped out of professional soccer between the WUSA’s demise in 2003 and the launch of WPS in 2009. A few more who had been capped by the national team were still in college in 2003 and never played pro soccer at all, at least not in the United States.

WPS finally launched in 2009 with more modest aspirations than the WUSA and, as it turned out, erratic owners. Teams won trophies and then folded. The most notorious owner was Dan Borislow, who bought the Washington Freedom, moved them to South Florida, renamed the team “magicJack” and feuded with the league via email and legal action for nine months. But we shouldn’t forget the travesty of Saint Louis Athletica, which folded a few games into the 2010 season after a couple of unknown and unvetted investors stopped paying the bills.

In 2012, WPS suspended play. The league’s official expiration a few months later was a mere formality.

But this time, the U.S. women’s soccer community refused to go back into the professional wilderness.

The W-League (the USL’s women’s league, not the Australian league of the same name) and the WPSL already had more than 15 years of experience and occasionally produced some outstanding teams. Though the teams were amateur -- a rare exception was the Buffalo Flash, which won the W-League and moved into WPS as the Western New York Flash -- the combination of side hustles (parents love to hire exceptional players for private training) and a half-decent level of play attracted plenty of players.

Few of the teams were fully professional, and they weren’t paying Messi or Marta money.

“We still utilized college players that season, so we couldn’t pay the players,” New England owner Joe Ferrara said. “But because of the demand created from playing against the WPS teams, we needed to secure housing and provide income for players via camps and private coaching and other related jobs as we received great interest from players outside the region.”

The season had no shortage of organizational hiccups. The Boston Breakers forfeited a game after the fact, wiping out a Katie Schoepfer hat trick, when they found Melissa Henderson’s paperwork hadn’t cleared after it was somehow caught up in Russia. The Philadelphia Fever turned up an hour late for a game against the New York Fury after an unexplained detour through Times Square.

But the season also had a steady stream of highlights.

Seattle drew crowds as big as 4,500 when its full complement of national team players -- including Hope Solo, Alex Morgan, Sydney Leroux and Megan Rapinoe -- played a few games in town. Solo’s saves were crucial in a 2-1 win over a Colorado Rush team featuring a young Lindsey Horan.

“(Horan) certainly had a set of tools that would suggest that she would go on to be successful — big strong athlete, technical, clever,” Pali Blues coach Charlie Naimo said. 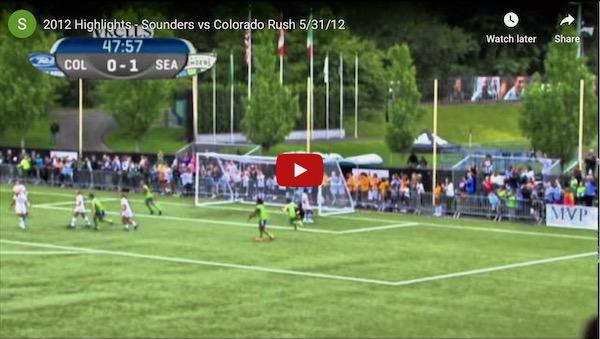 When the Sounders lost their Olympic quartet, still boasting international talent in Stephanie Cox and Veronica Perez, they dropped a 2-0 home game to a Pali Blues team featuring a Pepperdine player who was flying under the radar several years before her NWSL heroics -- Lynn Williams.

“Summer was four months long, and I figured instead of going home for such a long time without any competitive touches on the ball I might as well play and stay sharp,” Williams said.

“It was a no-brainer having Lynn on the team,” Naimo said. “Even compared to the forwards we had on the (WPS Los Angeles) Sol, she was as good or better already.”

Heather O’Reilly faced off with Tobin Heath in Boston, with O’Reilly’s Boston Breakers getting the win on a brace by Australian international Kyah Simon.

“Like me, (Heath) was probably just thankful to play games of football in this summer that was sort of a ‘tweener’ season,” O’Reilly said.

New England got a 3-3 draw against Western New York, then featuring Lori Lindsey and Meghan Klingenberg, with the help of a dazzling solo run by Morgan Andrews five years before she was picked third in the NWSL Draft.

“I do remember it being a high-intensity game, and I remember having a great time,” Lindsey said.

Becky Sauerbrunn scored from the run of play, something that happens about as often as a total solar eclipse over a given city, in a D.C. United Women win that also featured a goal from local high schooler Andi Sullivan.

“I think any time you’re able to play in matches as well as play with a different group of quality players will allow you to grow,” D.C. United goalkeeper DiDi Haracic said. “When you’re constantly playing with different players, I think it also allows you to be mindful of what others bring and how I, as a goalkeeper, can adjust to how each player shoots. You see things differently, which in return allows you to experience more.”

The Chicago Red Stars played two games on the same day, getting a draw in a WPSL Elite game and winning the National Cup. The Red Stars were the only WPSL Elite or top-ranked W-League to enter the Cup, but it still wasn’t easy. Dallas amateur side Turbo D’Feeters took a 2-0 lead before Chicago rallied to win 5-3 in the semifinal. Then the WPSL’s New York Athletic Club, which was shuttling Duke’s Kim DeCesare between the Cup and her W-League duties with the Long Island Rough Riders, scored first before falling 3-2.

“I played for LI on the 21st, then flew straight to Chicago and played with them (NYAC) in the final,” DeCesare said. “If they (NYAC) didn’t win on the 20th, then I just wouldn’t have gotten on the flight to play the 22nd.”

“We had a fairly sizable roster at that time, so getting as many games in as we could was actually of benefit to us and to the players on the team then,” Chicago general manager Alyse LaHue said.

The Boston Breakers won the regular-season title but fell in the WPSL Elite semifinals, in part because they weren’t quite able to free Cat Whitehill from her Olympic broadcasting duties.

“I was pretty close actually,” Whitehill said. “If they had assigned me an earlier game, I would've made it. I was so disappointed to miss out.”

The WPSL Elite League only lasted one season, with the pro teams moving to the NWSL and others going back to the regular WPSL. But it served a valuable purpose in developing young players and keeping older players in the game.

No one wanted a repeat of the lost generation of the mid-2000s, when a lot of good players simply didn’t have a place to play and walked away. Tiffany Roberts. Kylie Bivens. LaKeysia Beene. Mandy Clemens.

Whitney Engen had won the 2011 WPS defender of the year award. A few months later, she nearly quit.

“After I did not make the Olympic team, I considered retiring from soccer,” Engen said. “I played the 2012 Pali Blues season as a favor to Charlie because we had a good relationship, and I had made the commitment to play. But that summer I began studying for the October 2012 LSAT in order to apply to law school. I was not paying much attention to the development of a new U.S. league because I was eyeing the next chapter of my life.”

Engen wound up going to Liverpool, which she describes as “one of the best experiences of my career.” In 2015, she was on the World Cup roster. The next year, she played in the Olympics.

Allie Long, who debuted with the U.S. team in 2014, also played in the Olympics, four years after she played for the Fury.

“I didn’t care what the league was, I wanted a league to play in,” Long said. “I had dreams of playing on the USWNT, and I knew I needed to continue to develop by playing as much as I could.”

And in 2017, McCall Zerboni made her international debut. At age 30, she was the oldest player to earn her first cap for the U.S. women.

This generation was not lost.

"2012: The Year That Saved Women’s Soccer" by Beau Dure (2020) 98 pages, is available in paperback and on Kindle HERE.
Dure's previous books include:
•  Why the U.S. Men Will Never Win the World Cup: A Historical and Cultural Reality Check
•  Single-Digit Soccer: Keeping Sanity in the Earliest Ages of the Beautiful Game
•  Enduring Spirit: Restoring Professional Women's Soccer to Washington
•  Long-Range Goals: The Success Story of Major League Soccer.